Mamalarky share 'Drugstore Model' ahead of their debut album due out this coming Friday. The song is a vibrant mixture of indie pop and punk, there are plenty of catchy moments and a few twists along the way, overall it's a fabulous taster for the album. We have also added the first single 'Schism Trek' which unfortunately passed us by in September however is another notably engaging and original track.  ===== Toronto based Greg Cockerill has shared 'No, Never Alone' and it's a really fine piece which exudes some timeless natural rock vibes, some smooth guitar licks and his vocals add both feeling and gravitas. ===== Phil Mitchell Band latest single 'My Love Is True' has already gained considerable attention. That's hardly surprising this is absolutely exquisite and something of a genre melting pot as indie rock and EDM dance music collide beautifully, the melodic vocals are the icing on the cake! 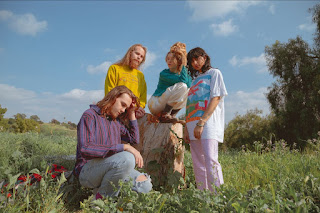 In September, Mamalarky announced their debut full length with the single "Schism Trek." The band, who have recently re-located to Atlanta after stints in Austin and LA, have been the subject of a rare mid-pandemic buzz ahead of the release of their album on their new label Fire Talk (Dehd, Pure X, Corey Flood), earning early praise from outlets like NPR, VICE, Billboard, Bandcamp, The Grey Estates, Pond Magazine, Refinery29, Alt Citizen, and The Line of Best Fit. Yesterday Mamalarky shared the final single from the LP ahead of its Friday release, a track called "Drug Store Model."

"'Drug Store Model' is an epiphany in realizing how much I wanted to unlearn and reject power dynamics in relationships," guitarist and vocalist Livvy Bennett explains to CoS. "I kind of allowed myself to fully embody the immature side of myself; to both acknowledge and make fun of myself in regards to the serious inner work that needs to happen to really function in a 'give and take' relationship. Since writing this I definitely feel more able to engage in relationships that really nurture growth, but it’s an ever-evolving process I'd reckon."

“I don’t think Tinder was created to connect bandmates,” bassist Noor Khan says. But in 2018, that’s just how she connected with singer and guitarist Livvy Bennett, who had put a call out for a bassist on the dating app. Livvy was a year into her life in Los Angeles where she had been working in the music industry and playing shows as both a solo artist and as a duo with longtime collaborator Dylan Hill, who is Mamalarky’s drummer. With their friend Michael Hunter on keyboard and synth bass, they recorded their self-released debut EP Fundamental Thrive Hive but were in need of a full-time bassist who could properly distill the “patchwork of different influences that comes together as a cozy quilt you can cuddle under.”

“I was swipin’ for a bassist which makes me cringe to say now,” Livvy adds. “I just had no idea where to start meeting people to play music with in a new city!” In the end, she found Noor, and the final piece of Mamalarky’s puzzle was complete. "Using the best technology the world has to offer, I was able to find my best friend who I'd travel the world with in a few months time.” 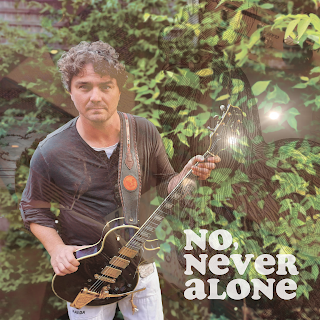 Born in Montreal, raised in Alberta, living in Toronto, Greg Cockerill’s music is a unique expression of Canadian Roots. Growing up and discovering classic albums from John Lennon and Jimi Hendrix amidst the exploding grunge rock scene of the early 90’s, Greg picked up a guitar and played in as many bands as possible ranging in style from hip-hop and r&B to jazz and country. Going on to formally study music and getting a degree in composition/arranging and jazz guitar, he found himself inevitably drawn back to his roots in Alberta, and to his roots in rock, blues and country music.

In Calgary, Greg discovered the power of songwriting. This quickly led to the formation of The Greg Cockerill Band and he released his debut album Summertime & Heartache in May 2008 which received nationwide radio play. In 2010, Greg relocated to Toronto and re-formed a new Greg Cockerill band, releasing Festuca in 2011 with his brother Joshua Cockerill and Stew Crookes. The album garnered industry praise and generated a faithful following in the local music scene playing residencies at the Cameron house and the Dakota Tavern.

As well as fronting his own band, Greg also works as a sideman and session musician and arranger. Most notably his collaboration with blues renaissance man Paul Reddick won the JUNO Award in 2017 for Blues Album of the Year. Currently, Greg has a new roots band playing alongside Steel guitar virtuoso Burke Carroll and Kurt Nielsen on the Double-bass. He released three new music videos in July 2019 through the Unicorn Project. He’s currently in the process of recording a new full-band studio album with the first single to be released in the fall of 2020.
Greg Cockerill · No, Never Alone 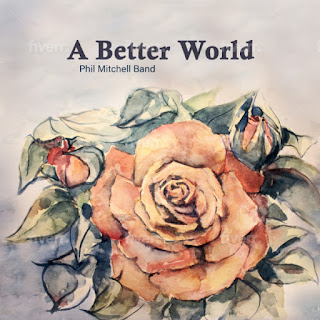 A stylistically unique Indie Rock Band from day one, the members of Phil Mitchell Band have been singing, performing, and playing in sync as if they’d been together their entire musical careers.

Throughout the course of the band’s union, they have won over the hearts of music lovers from all walks of life; performing at a variety of venues, making loads of public appearances, all the while recording new music.

Learn more by exploring the site, and feel free to get in touch with any of your comments and questions.

"My Love is True". Is an EDM Dance song of Phill Mitchell Band's "A Better World" Album