Bonader shares a gorgeous analog synth based song entitled 'Backseat' her vocals are dreamy and oh so engaging, and the music sumptuous on this moving piece. =====  Facing Mountains new album 'Season's End' has been sometime in the making as the artist explores different musical ground. We have two tracks from the collection, namely 'Echo Returns' and 'Season's End'. Both give a good feel for the collection where Xander delivers a mixture of melancholic vibes, dramatic intensity and often personal lyrics. ===== Kama Vardi has just released 'The Gate' along with a video for the track. This is an absolutely beautiful song, to describe it as catchy is an understatement, its taken from the new album 'Moonticket' due out on 27th November.

Ellinor Sterner Bonander creates experimental, cinematic pop with a penchant for electronica and alt-jazz composition. Her lyrics often concern themselves with existential questions about the world, seen through a feminist lens.

On new single ‘Backseat’, warm analogue sounds mirror the comforting safety of childhood, dreamlike strings envisage the daydreams and unlimited imagination that a child can have. These musical elements stand in stark contrast to the lyrics, which express the ‘rug pulled out from under you’ feeling of adulthood, the fragility of human existence and the risks people face every day.

Bonander tell us “This song is about growing up and the unwillingness to see the world as it is. As a kid you would fall asleep in the backseat of your family’s car, with that comforting feeling. The night wasn’t scary, it was just…safe. Now, you have to walk home alone with the keys in your fist, looking over your shoulder.” 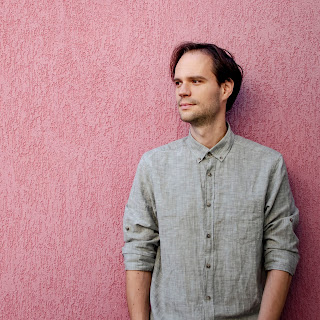 Facing Mountains' compositions are defined by intimate and personal lyrics, drifting on melancholic melodies. Colourful arrangements are shadowed by ambient textures. The album 'Season's End' is a collection of songs that nests itself inside you and takes on a new identity as the story slowly unfolds. Season’s End came to life in June 2019 and started off as a one-song experiment. After focussing on classical music for many years, Xander felt the Season's End necessity to incorporate and explore different styles of music.

The first song Xander wrote was The Beggar. Little did he know that this would
create such a creative influx. Spending months in isolation, writing one song after the other, Season's End gradually took shape. Recording 'Slowing Down in Daydreams' meant the capstone of the album. Season's End was born.

In Facing Mountains' musical realm, opposites do not contradict but rather complement one another. Contemporary, classical, alternative and pop music can coexist. Or, as Xander puts it: "It's all about what you communicate and by what means. If a song is meant to expand your ego and display how good you are as a musician or producer, I believe you are missing the point".

The personal and heartfelt music of Facing Mountains was born out of a longing from Dutch composer and songwriter Xander Slikker. After treading on numerous musical journeys, he has found a way to combine his love for classical, alternative and electronic music and shape it into one identity. 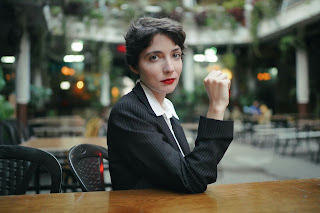 The Gate is the fourth and final single to be released from Kama Vardi’s new album ‘Moonticket’ (out 27 November). Indicative of Kama’s style, The Gate’s simplistic folk-pop harmonies and quaint yesteryear hint of French new-wave offer a gorgeous backdrop to Kama’s tender, enchanting vocal.

Musically inspired by ‘40s pop and noughties songwriters such as Adam Green and Bonnie Prince Billy, and lyrically by French romantic poets such as Baudelaire and Rimbaud, The Gate oozes a dreamy romanticism and bitter-sweet melancholy. Kama was inspired to write the song from the point of view of her friend after watching her fall in love for the very first time, as Kama expands “She was all over the place - ecstatically happy, but also very scared that everything is going to blow up in her face, that she's going to somehow pay for her feelings, for letting herself get carried away.”

The Gate’s accompany video is a recreation of the final scene of ‘The 400 Blows’ by François Truffaut, filmed in a tiny 30-family village up in the Galilee mountains where Kama grew up, filmed by her friends Lior Shalev and Noya Globen on a simple camera and iPhone.

The Gate was produced by Israeli-American producer Sagi Shahar, and recorded between New York and Tel Aviv, and features musicians across both cities, including Harrison Keithline, Noga Davidson and Shay Roth.

Kama Vardi is a critically acclaimed Israeli artist who, like bygone artists such as Nico, Molly Drake and Joni Mitchell, writes song centred on honestly and depth, with each track on Kama’s forthcoming album ‘Moonticket’ being a story of her life experiences or – as in the case of The Gate - observations of loved ones. Kama has previously released a debut album ‘Forgetmenot’ (2012) and a double E.P. ‘Satchel-Sof Ma’arav’ (2016) which were both critically acclaimed in her homelands of Israel.

The Gate is the forth single taken from forthcoming new album ‘Moonticket’, following Under The Sun, the cover of Nico’s These Days (2020), and first single Whatever Will Be (2019) which received play on Israel’s biggest radio stations, featured on Shazam’s most searched for songs in Israel, and was included on Apple Music’s ‘Israeli Essential Rock Song Of The 2010s’ and ‘100 Best Songs of 2019’ lists.