Katie Kuffel released 'Carillon' two days ago. It's a powerful singer songwriter song that's fabulously arranged, her vocals are captivating, soulful and ooze emotion.  ===== From Hollow Graves we have their new single 'Far Out Summer,' it's produced by themselves in a live performance setting, it's melodic, flows beautifully and has some enchanting psych feeling. ===== She's Got Spies has shared the video for her track 'All Outta Tears' taken from her new album 'Isle of Dogs'. We featured ‘Super Sniffer Dogs' prior to the album release and are really pleased to have the new video which once again helps confirm what a superb collection of music she has recently given us. 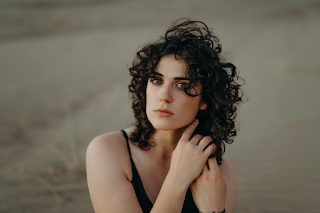 Seattle singer-songwriter, Katie Kuffel, announces the release of the first single off her upcoming album this week. Exuding a dream-like trippiness, “Carillon” serves as a source of strength and resilience in trauma’s aftermath. Kuffel’s smokey vocals resolutely compliment layered horns, organ, and guitar to build forward momentum. It’s a reminder there’s no going back, only moving forward. “Carillon” is off the album, Alligator, due out early 2021.

The single was written following a violent attack on Kuffel while she was in college. Kuffel says, “I like to speak openly because violence against women is still so prevalent. So many people are stuck during Covid with their abusers, so many folks don’t know what resources are available to them, what laws are and aren’t on their side.

Set to three acts within the song, “Carillon” begins by submerging the listener into the anguish directly after trauma occurs. An acknowledgment of inner strength emerges in the second act, It concludes with a refusal of defeat. Kuffel says, “During the early days of recovering from my attack, I often had nightmares, and would suffer from sleep paralysis. This song is a mix of some of the trapped feelings I felt while dreaming, and me wishing I never experienced that event.” This can be heard in the line “un-ring the bell” that Kuffel repeats over and over. She says, “It’s me desiring to become stronger, it’s me telling myself that only I have the control over myself and my own reactions. That I won’t be undone.”

Kuffel expresses an empowering depth and self-awareness throughout her album. Topics on Alligator range from intergenerational trauma viewed through kid glasses, a song about how a volcano would experience time, seasonal depression, and about her own disability. No matter the scale of her theme, Katie finds the universal thread to captivate her listener, reminding us we’re all human, and to embrace the messiness inherent in being alive during this turbulent, modern era. 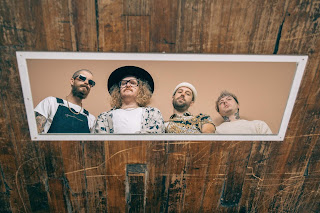 Hollow Graves keeps the fire burning with their arsenal of new material, all written in a live performance setting to capture the fervent energy of the band.

This single is solely produced by the band themselves, enlisting help from long-time friend and musician Logan Trearty in mixing and engineering the songs, recorded at his studio in downtown Toronto.

The band dives deeper into experimental material with their new collection of music, balancing grunge and psych rock intensity with indie sensibility. 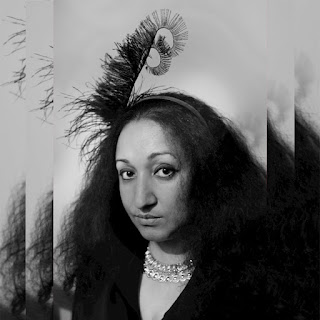 She's Got Spies - All Outta Tears.

She's got Spies has shared the new video for her track 'All Outta Tears' filmed in Moscow, Russia in 2012, watch/share it below. This lovelorn tune is lifted from her new album 'Isle of Dogs' which is out now.

She’s Got Spies’ second album ‘Isle of Dogs’ refers to an area of London, Laura Nunez’s hometown,  as well as the state of turmoil of the island of Britain. The follow up album to her debut Welsh language  album ‘Wedi’, ‘Isle of Dogs’ features songs written over the last decade. She’s Got Spies is the project of Laura Nunez and her cast of collaborators. She spends her time between Cardiff and London, she’s  multilingual and can sing in Welsh, English and Russian.

‘Isle of Dogs’ is a charming trilingual travelogue album, with most of the songs written on the move  while travelling or whilst Nunez was living in various countries. She spent time in Russia, Vietnam, Italy,  Tierra del Fuego in Argentina, and parts were also written in Cardiff, London and other parts of Wales  and England. Threaded with Laura’s knack for a bittersweet earworm melody and surreal yet personal  lyrics, these charmingly wonky songs are underscored with dark psych tinged sounds and an unsettled  feeling which reflects the turmoil of current times.

With music hall style pianos, bounding percussion, fizzing guitars and a playful vocal, new single ‘Super Sniffer Dogs' is inspired by Laura’s time spent visiting Poplar on the Isle of Dogs, an area of high  contrast with the rich, banking area of Canary Wharf and large, destitute council estates. It’s about an  imaginary dystopian festival with lots of restrictions in a high walled destitute area. Despite its serious  themes, which is juxtaposed by a catchy singalong melody, it’s a joyous tuneful romp.