The Last Morrell first came our way back in March this year and it's good to have him back with the new song release 'Picking at Stitches'. Once again the melodic vocals are just gorgeous and the music arrangement develops into something quite stirring, add in his magnificent video and this truly is a superb and creative piece. ===== It's just over a month since we first featured Call Me Spinster and they return with another beautiful track entitled 'Two Hearts'. The sister trio are once again fabulously timeless with wonderful vocals and harmonies as a dreamy vibe runs throughout this "oh to" short song ===== Gillian Stone has recently released 'Bridges' and despite the fact we are a couple of weeks late to the show, this exquisite and captivating song remains a must share. 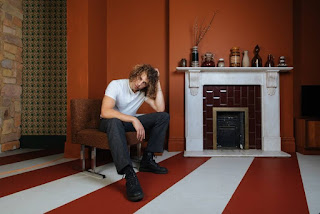 The Last Morrell - Picking at Stitches.

Not very often do we see an artist create their own music video in quite the way The Last Morrell has done with his animated video for Picking at Stitches, the second single from his debut EP, ‘Sarcasm’. During the first period of lockdown this year The Last Morrell turned a lifelong fascination with animated music videos into a pursuit of his own. 6 months later the artist has built a set, a character and created a series of 5,000 individual photographs that when played together, tell a story of coping with depression as beautifully as one could ever imagine seeing.

The song itself is a tip of the hat to The Last Morrell’s younger self as he explains, “I wanted to address some feelings I’d had as a teenager and even as a young man that I’d never quite been able to process and put into words until recently. Growing up is really hard and school can make or break a person. Picking at Stitches is about opening old wounds and forcing yourself to confront how your worst experiences have shaped you as a person, it’s therapy. And the video accompanies it beautifully I think, most of us can relate to those days where you feel unable to even leave the house. I kind of hope this video will make people cry, sort of.”

The song starts with a lonely piano and The Last Morrell’s unmistakable voice, painting a picture of a teenager alone in his room watching the time fly by. We are led to a chorus with soaring falsetto and a deep rumbling bass, synths murmur underneath whilst The Last Morrell confronts an inability to face the outside world. The middle 8 is where this song really takes off, we climb upwards with The Last Morrell, here a hint of the promised sarcasm pokes through though it doesn’t for a second disturb the grandeur and boldness that the music delivers. It’s a brave piece of music, poignant and visually compelling with all of the usual components The Last Morrell is becoming known for; vintage synthesisers, powerful vocals and piano playing with cinematic arrangements.

And with regards to learning to animate The Last Morrell has this to say; “It takes an excruciating amount of patience to do stop motion animation but I learnt so much from Youtube and I was very lucky to have a friend who could lend me a very expensive camera for the whole process. It’s definitely a labour of love to say the least but I have a profound admiration for anyone who can do this professionally”. 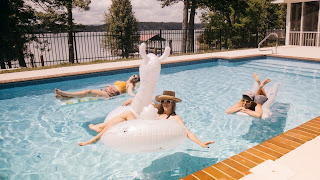 Chattanooga sister-trio Call Me Spinster shares a dreamy new single “Two Hearts” off their self-titled EP, which releases December 11 via Strolling Bones Records. Accompanied by a charming, surreal video shot during quarantine, “Two Hearts” is an optimistic meditation on the ups and downs of relationships, illustrated with the trio’s wistful melodies and reflective, earnest lyrics. It was featured this morning via Magnet, who said "'Two Hearts' epitomizes the album’s fleshed-out version of a timeless sound that hints at the past while steering just clear of preciousness… And the comfy familial vibe is undeniable.”

“‘Two Hearts’ was written after a fight with a loved one, and like many of our songs, in a bathtub. It is about a moment in a relationship when expectations suddenly shift, but faith that the ‘seeds and rinds’ of what was there in the first place will remain through difficult times,” the group explains. “As we worked on the video in the spring of 2020, the song itself took on a new meaning. We, like millions of others, navigated the dreamlike ocean of highs and lows of relationships in quarantine - condensed into a tiny fish tank - finding that the essential components of love and connection can be distilled through stress and hardship rather than broken.”

Featuring three sisters – Amelia, Rachel and Rosalie – Call Me Spinster is an extraordinary example of the transcendent musical bond only siblings can share. With unorthodox instruments and pristine vocal harmonies, the trio blurs old-timey traditions and modernized pop fun with a streak of self-aware humor. Showcasing their quirky, catchy lyrics, Call Me Spinster’s debut single “Here You Are” filters Debbie Harry energy through a 60’s girl group chord progression. MXDWN recently praised the song, calling it “an excellent blend of retro rock that is a perfect pick-me-up during a global pandemic.”

Produced by Drew Vandenberg (of Montreal, Toro y Moi) in Athens, GA, the Call Me Spinster EP transforms the group’s merry-go-round instrumentation with left-of-center arrangements and a full studio band. In the middle of recording, however, the pandemic forced the trio to return to Chattanooga, where they finished vocal tracking, overdubs and even full songs, with the help of video chat tutorials from their producer. They laid down accordion tracks in the bathroom, enlisted boyfriends to help out with handclaps, and had to re-record takes marred by a dog snoring in the background, but the process resulted in a brilliantly unpredictable collection of five eclectic new songs. The Call Me Spinster debut is a welcome introduction to this trio’s wide-reaching yet somehow singular sound, and a testament to a group that never takes the most traveled route. 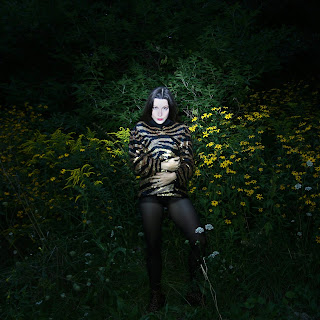 Gillian Stone is a Toronto-based multi-instrumentalist who aims to reconcile tenderness and dark emotion in her work. Her music is an exploration of inner and outer landscapes, turbulent feelings, recovery, and the juxtaposition of femininity and imperfection. She uses vulnerability to create a safe space to explore the dichotomy of beauty and discomfort.

Her background in jazz and ethnomusicology has heavily influenced her work. She has studied Javanese and Balinese gamelan, performed with Russell Hartenberger and NEXUS (principal percussionists of the Steve Reich ensemble), and performed with Brazilian cavaquinho virtuoso Henrique Cazes.

Fascinated by her Icelandic heritage, Stone explored the popular music of Iceland and the diaspora in Canada as part of her graduate work in ethnomusicology. Her upbringing on Vancouver Island also led her to Coast Salish hip hop and the soundscape and scene of the Cascadian bioregion. Stone uses an interdisciplinary approach to explore disparate genres in order to produce a singular sonic environment.