Kate Boothman releases '17' a song that she tells us was pretty much written and fully formed in just twenty minutes. That's impressive considering the depth and beauty of this track, I guess it took a little longer in the studio, either way it was time well spent. ===== Yesterday Sham Chewali released 'Yer Not Wrong' a song that opens with traditional folk sensibilities and gradually develops into a more modern piece, where alt rock is a reasonable reference point. ===== Last week Focus Your Audio shared a video for 'Over There' a song that has already gained plenty of attention for the Vancouver-based duo as their mixture of natural roots and Americana music resonates so well. ===== Lorraine Nash has just released 'Winter Sun' along with a video, we first featured her in October and the new song is another beautiful and creative contemporary folk song. 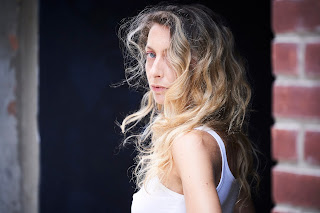 “17 is one of those songs that emerged fully formed. I wrote it after a particularly heavy day during a particularly heavy time in my life. I was overworked, overwhelmed, under-slept, heartbroken, and generally confused. I got home at around 11 pm after being away for a while. I lay down on the floor for an hour and when I finally got up I wrote the entire song in only 20 minutes or so.

The songs meaning is quite literal. It’s about that confidence and arrogance that comes with being a spicy youth, and then all of a sudden you’re an adult and you realize you knew nothing. You look back and can’t help but examine everything you‘ve learned and lost.” 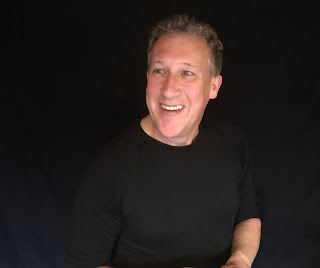 Sham Chewali delivers an enchanting treat with his new single  Yer Not Wrong. The track seamlessly marries elements of  traditional folk and alt rock, creating an experimental and  intriguing sound.

Opening with melodic guitar and smooth harmonies the song builds  energy, culminating in a stunning guitar solo. Yer Not Wrong is  bought to life through the slick production, cementing the  tracks magnificence.

Sham’s music beautifully reflects his roots growing up in Bury  in Lancashire and the many years spent playing the venues of  Manchester. Yer Not Wrong captures the distinct sound that comes  with the territory, reminding us once more the might of the  Northern music scene.

Sham breaks down the barriers of being confined to a single  genre, instead offering a multi-layered and authentic sound  which has been compared to musical geniuses, the likes of Guy  Garvey, Nick Cave and Richard Hawley. 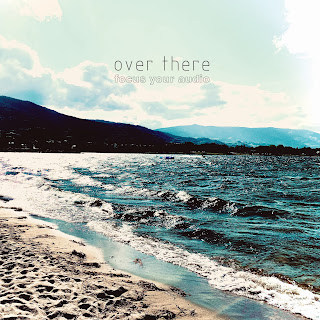 Focus Your Audio - Over There.

Vancouver-based duo Focus Your Audio's latest single "Over There" has been picked up by radio stations across the country and has received rave reviews from around the world, including here at home by Canadian legend Ron Sexmith. With over 15,000 streams in its first week, it's easy to understand why they've been coined "one of Vancouver's best kept secrets" by legendary Canadian producer, Adam Hurstfield. Their new Roots-infused, Country/Americana track was produced by Canadian music powerhouse Mike Young (bassist - Mother Mother) and engineered by Karl Dicaire (Mother Mother, Iskwe, Big Wreck).

The duo have just released their brand new music video for "Over There", directed by Jonathan Fluevog, music industry leader turned film director and son of iconic Canadian shoe mogul John Fluevog. Filmed in Ladner, BC, the video is a perfect compliment to the lyrics, melody, and overall meaning of the song. Sarah moves through the picturesque forest alone, as she performs the lyrics about a couple having trouble grasping how an argument allowed them to drift apart. With Bobby playing guitar and Sarah meeting him in the clearing amidst the sunset, the video for "Over There" perfectly captures the emotion and meaning of the song.

Comprised of Sarah McArthur and Bobby McAloney, Focus Your Audio is a duo that focuses heavily on the integrity of a song. Often compared to Fleetwood Mac and Lady A, the two musicians have an Americana/Roots/alt-country sound that is hard to define but easy to listen to. Legendary Canadian artist Ron Sexsmith commended their brand new track and commented on the song's "imagined production and nice contemporary vibe".

"Over There" is a song about a disagreement - a truthful peek into the lives of the couple who make music together. A vulnerable, honest, call out to a partner, Focus Your Audio both lyrically and sonically takes the listener through the unsaid aspects of a disagreement with music that matches the emotion of the song. The anthemic chorus, Sarah's undeniable vocal and lyrical talent and Bobby's musicianship all tie harmoniously together. As a quest to figure out how they got into the position they're in and what they can do about it, the tune will resonate with all listeners who have ever had an argument and wondered why they got there and how they can fix it. 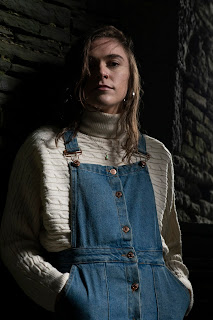 As evenings start to draw closer with summer heat long gone ‘Winter Sun’ captures the bright light of romance alongside the chill of disappointment. Lorraine’s song writing is filled with lyrical beauty and her newest single ‘Winter Sun’ is no exception. ‘Winter Sun’ is a brand new song from Lorraine and offers a glimpse of an artist expanding her range and growing into her art.

With the current Covid-19 restrictions in place Lorraine consulted with producer Herring Ahern and drew up a plan to record ‘Winter Sun’ remotely before being sent to studio for finishing touches. It was then mixed and mastered in Clonmoyle East by Herring Ahern with bass and drums from Jason O’Driscoll.