We are back with a catch up on some recent songs that came our way during our break.

We are going to be making some changes this year, the first of which is this. Our policy is to only feature new music we really like (& often love). Regulars here will probably take that as a given. So by being featured on Beehive Candy that is our endorsement and recommendation.

To keep this site going we are no longer going to comment on each song, we will just use any promotional material provided to give some background. We will also no longer do any additional research.

We no longer have any income streams and everything is done in our spare time, so these changes are essential. Let's just allow the music to do the talking (or singing)!

Keegan Chambers’ latest release looks and sounds like it could be the intro to your new favourite HBO series. The alternative pop rock song, titled Not Waiting, was originally written as a ballad. Finding herself at an emotional crossroads, Keegan wrote the song as an exercise in psyching herself up to lay her heart on the line and get some answers, once and for all. Once producer, Daniel Tsourounis, got involved, however, the track took an unexpected turn - which they both agree, was for the better.

They recorded and produced the song during quarantine and the video was shot shortly after phase three opened up, here in Toronto. In an effort to keep the crew small, Keegan took on the roles of hair, makeup, costume, and set design, not to mention fog wafter. Despite the small cast and crew, they wrapped with 15 minutes to spare, having shot more than enough footage to satisfy director, DanielDuguay and editor, Corey Stanton. 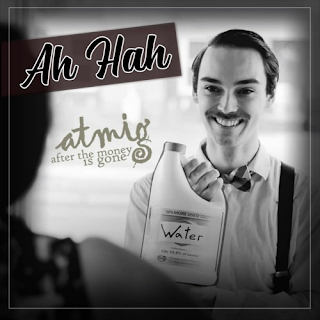 “Ah Hah” was created by remote collaboration during the pandemic lockdown, focusing on the exploitative nature of business and its consequences.

ATMIG, which stands for "After the Money is Gone," is a band from Detroit Michigan.  ATMIG is Tobias (vocals/guitar), Julia (vocals), Phil (bass/cello/keys/octave mandolin), Dan (guitar), Jamie (drums) and Emily (violin). ATMIG released its first single "Trip" on April 22, 2017, on a vinyl 7 inch.  ATMIG's first album "Wishes" was released on January 19, 2019.  Both albums were pressed by Jack White's Third Man Pressing and recorded at Soundscape Studios in Royal Oak, Michigan.  The music video for Trip, brought to you by Gravity Red Productions, premiered worldwide on 04.20.2017.

ATMIG's music is loud, soft, raw, produced, and heartfelt.  The band would argue ATMIG's sound is cohesive, notwithstanding sometimes sounding like traditional folk, indie-rock, shoegaze, and even a tid-bit rockabilly.  To hear ATMIG, listen to ATMIG's music or come to a show.  If you go to an ATMIG show, ATMIG will be there. 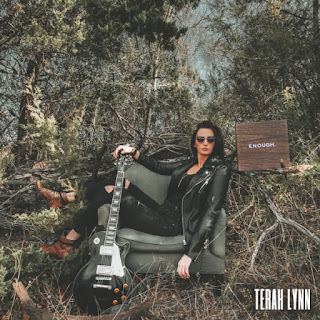 Terah Lynn hails from the Appalachia. Whether leaning towards country or blues, this 6 foot tall ex-construction worker delivers heartfelt lyrics with a unique, gritty voice.

Terah Lynn re-connects with her country roots in her new single, 'Enough'. The new track is an ode to self worth and being seen, a profession of love and some banjo to boot. 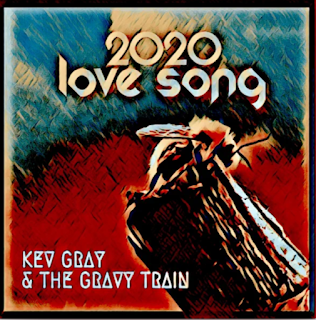 Kev Gray & The Gravy Train are an alternative pop rock band formed in Tokyo in November 2008, with members from America, Canada, England and Japan.

After being chosen as a feature band in the government-sponsored, UK-Japan Year 2008, the group achieved mixed success on the Japanese music scene, after signing to Hemlock Music and twice winning the national music award, Gaijin Sounds.

2020 Love Song. Basic theme is a couple separated by lockdown struggling to stay together in 2020. Guess the general message is... Don't give up.. It is duet, between Kev Gray from Tokyo and sweet-voiced Londoner Elise Palmer. Other musicians are from South Africa, Ukraine, Israel , Germany, and Spain. A real lock down story, recorded globally via the internet.