We recommend following Beehive Candy on Twitter @perfectradio1 as we notify there immediately a new post has been uploaded. As mentioned in our last feature....

We are going to be making some changes this year, the first of which is this. Our policy is to only feature new music we really like (& often love). Regulars here will probably take that as a given. So by being featured on Beehive Candy that is our endorsement and recommendation.

To keep this site going we are no longer going to comment on each song, we will just use any promotional material provided to give some background. We will also no longer do any additional research.

We no longer have any income streams and everything is done in our spare time, so these changes are essential. Let's just allow the music to do the talking (or singing)! 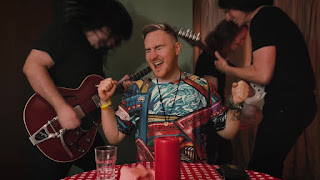 Pale Lady - Lost and Found.
Coming to us from Wellington, New Zealand, alternative pop rock quartet Pale Lady have started 2021 off right - with an energized new single and accompanying music video entitled "Lost and Found". Uptempo and brimming with melody, the new song and visual put on display the band's fun energy and sense of humor.

Soon to be the first band to play on the moon, Pale Lady brings you a fresh blend of energy, smiles, and angst to create some Alt Pop-Rock goodness. Since forming in late 2016, Pale Lady has gone on to win the New Zealand national Battle of the Bands competition with two members also winning best guitarist.

They have opened for international legends such as The Red Jumpsuit Apparatus and Haken, released five singles and an EP with critical acclaim, and have recently returned from an international tour of Asia, Australia, and New Zealand. Watching these rock fanatics live, you can expect to be immersed in lush vocal harmonies, a one-man drums/keyboard combo, inappropriate bass licks, and guitar solos a plenty. With new music and projects in the works, Pale Lady will be on the moon before you can say 'logistics'. 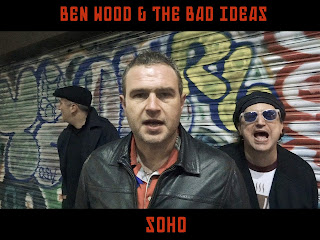 Whilst starting out as a performer in London and a busker on the London Underground, Ben Wood was offered the unique opportunity to contribute to an X-Ray spex charity album in the US - one of only two UK bands who were offered the privilege.

Ben had to find a band and put a track together and send it over in 48 hours. Amazingly, he pulled it all together and formed his band, Ben Wood and The Bad Ideas from the experience: the name was a reference to his trepidation about the previous situation. They went on to play many stages: Prince Charles’ Garden Party, the Yes To Life Festival and release their compilation track, Obsessed with You as their debut single. The band’s 2018 release “The Reveal” featured Bruce Thomas (Elvis Costello and the Attractions) on bass.

In 2020 the band released a single every month for an entire year. The singles have guest spots from legendary musicians such as Dave Barbarossa of Adam and the Ants/Bow Wow Wow, Billy Ritchie of 60s Prog pioneers 1-2-3/Clouds (Ritchie famously introduced a young David Bowie to Jimi Hendrix) and even a very special guest feature from Paul Cook The Sex Pistols/The Professionals. LA based musician Nick Maybury (Juliette & The Licks/Scott Weiland & The Wildabouts) and Mike Webster of Asylums also featured on guitar.

The quartet have been enjoying heavy radio play stateside. All of the band’s monthly singles including their new release, “Soho”, have been spun by legendary Los Angeles DJ, Rodney Bingenheimer on 'The Rodney Bingenheimer Show.’ They have also featured on the 'Radio Indie Alliance' chart alongside the likes of Greenday and received airings on Planet Rock Radio and the BBC. 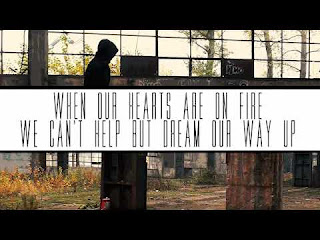 We are Final Fiasco an Indie Electropop musical project with Alternative influences, waiting to be discovered by you.

Our main objective is to think outside the box and create music that breaks the traditional musical boundaries, bringing together numerous musical styles, potentially bringing about something that was never heard before.

It all started in the summer of 2017 with Andi Calin's (the band's voice), vision that wanted to bring something new to Romania's musical industry. His dream couldn't get close to reality without the help of drummer Andrei Baciu, and all other people supporting his work and ideas.

Starting in February 2019 with the first single "Save Ourselves", Final Fiasco began releasing music on all public platforms (Youtube, Spotify, Apple Music, iTunes and many others), preparing for the April 2020 release of their first EP entitled "Unlived Dream".

Besides the fact that we are a team that always goes for gold, we are also good friends who help each other and put fun in the first place, mostly during our jam sessions and rehearsals.