Miesha and the Spanks - Jaelee Roberts - The Neighbourhood Watch - Hadda Be 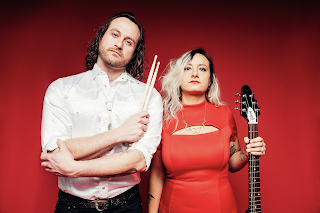 Miesha and the Spanks - I Want Fire.

Miesha & The Spanks offer a dynamic mixture of punk, garage and hard rock embellished with straightforward lyrics, gritty production and hard hitting performances. Inspired by proto punk classics like The Runaways, MC5 and The Stooges, and 90s riot grrrl/grunge like L7 and The Gits, M&TS conjure an energy that hits you in the face, throwing you into a world of killer riffs and sweaty gig venues.

Originally a punk rock kid from the East Kootenays, front-woman Miesha Louie started this project a decade ago after moving to big city Calgary, AB. She toured and released like crazy, building momentum and a reputation for her DIY approach, with any drummer up for the challenge. Joined by Sean Hamilton five years ago, he brought big Bonham style that’s intuitive like John Freese, always creating the right feel for the song.

Recorded in Brighton UK, their 2018 release Girls Girls Girls was produced by Danny Farrant of punk legends The Buzzcocks. The album reached #1 on Earshot!’s National Loud charts, and had singles hit #7 on CBC 3’s R3-30, and #1 on the Indigenous Music Countdown. It received multiple adds on SiriusXM Canada, and was even given attention from Rodney Bingenheimer’s Sirius XM show in the US. At the YYC Music Awards, Girls Girls Girls brought home Rock Recording Of The Year and Single Of The Year (“Summer Love”), as well as securing Miesha as Female Artist Of The Year.

Taking a brief hiatus while Miesha birthed twins, M&TS are back with their next release, Singles EP. While the Covid-19 pandemic did slow down production, the duo have put their full weight behind first singles “Unstoppable” and “Wanna Feel Good” – a juggernaut garage rock banger and a gritty fuzzed out anthem, respectively – reminding us that sometimes head first, full throttle, is the only way to get it done. Both songs received adds to SiriusXM Canada’s CBC Radio 3 and Indigenous Peoples’ Radio, with features on The Verge and Rodney Bingenheimer Show. Wanna Feel Good charted Top 10 on the Indigenous Music Countdown.

What was meant to be a mixed tape of self-serving, standalone tracks for radio and licensing, Singles EP instead became a collection of songs influenced by the immediate life-changing effects of life during lockdown. Working with Western Canadian Music Award winning artist/producer Leeroy Stagger was meant to reign in Miesha & The Spanks, to clean up the noise for crisp, polished songs – but visited from the ghost of punk rock past, Stagger instead turned it up (way up) and imbued their crunchy mono-guitar sound with extra doses of fuzz and feedback, guaranteed to get the blood pumping.

“I Want Fire” is the third single coming in hot ahead of Singles EP, boasting a catchy as hell chorus, and conjuring the urge to explode we’re all feeling after nearly a year of restrictions and lockdowns. For those who want to burn it all down or light it up, I Want Fire is open to interpretation. This song rocks hard, and serves as a strong representation of what’s to come.

Miesha and the Spanks · I Want Fire 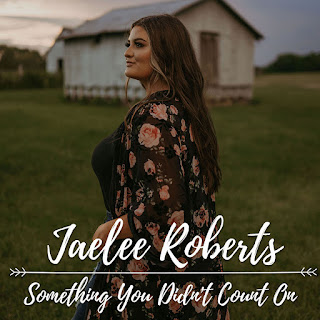 Jaelee Roberts - Something You Didn't Count On.

Hearing a new talent finding her voice is always an exciting musical moment, and though “Something You Didn’t Count On” might not be Jaelee Roberts’ literal debut, it marks her arrival on the scene in a way that almost demands recognition. With support from award-winning bassist/producer Tim Surrett (Balsam Range) and a group of supremely skilled and empathetic musicians, Roberts’ first single for Mountain Home Music Company more than fulfills every expectation for the young singer-songwriter.

“Jaelee’s is a name you should remember. I’ve got a feeling we’ll be hearing it a lot in the future,” says hit country singer/songwriter and 2-time IBMA Male Vocalist of the Year Shawn Camp, and he’s right. “Something You Didn’t Count On” underlines the point, offering both the song itself — co-written with another grass-inflected singer-songwriter, Theo MacMillan — and a confident performance that stands out boldly from the music supplied by an all-star crew that includes Surrett; 2-time Mandolin Player of the Year, Alan Bibey; 5-time Banjo Player of the Year, Kristin Scott Benson; guitarist Tony Wray (Blue Mafia, John Cowan Band) and fiddler Jimmy Mattingly (Dolly Parton, Garth Brooks, The Grascals).

“‘Something You Didn’t Count On’ is about anything that happens in life unexpectedly,” says Roberts. “The main theme is about love coming out of nowhere, but it really has so many underlying meanings, and that’s why I love the song so much. The melody and lyrics came to Theo and I pretty quickly and, interestingly, the storyline comes from either the male or female perspective. I think my favorite line in the song is ‘you don’t always look for what you find’ which is the focus of what the song is all about!”

Indeed, while the group turns in typically burnished backing, energetic solos and razor-sharp harmonies from Flatt Lonesome’s Paul and Kelsi Harrigill, Roberts is in full command as she delivers the song’s well-crafted story of an unexpected love capable of sweeping past every doubt and obstacle. And though it’s more providential than deliberate, “Something You Didn’t Count On” may serve, too, as a metaphor for the jump start the single should give to her career.
Syntax Creative · Jaelee Roberts - "Something You Didn't Count On" 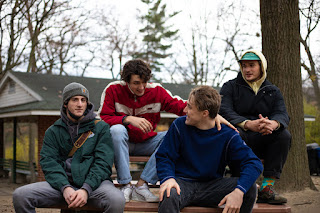 Our brand new album, Lost in Bloom, is about three things: abandoning arrogance, resenting the people we loved, and being scared of growing up. A collection of profound changes and adjustments have happened over the past two years, in all of our lives. Whether it was deep self-reflection on how we treated our friends, relationships ending, or the anxiety of a global pandemic – the years between 19 and 21 were eventful.

The song, "20 Year Dream," is about being happy for the people you used to love. Accepting that you were standing in the way of their growth—and that they’re better off without you. My favourite lyric is you've got your own sense of loving, and it let me down. I wrote this track sitting in a garden in Johannesburg, tipsy from an evening at a rooftop bar in Maboneng. I had just cried after a hard call, recognizing that I was letting so many of the people I love down.

Let's reflect on how our energy has the power to make others either feel warm and loved, or cold and rejected. Whether it's actual adolescence or arrested development, a lot of us aren't conscious enough of our impact and responsibility in the world. It's such simple things. How you share good news. How you argue with your significant other. Make space for the people you love to say what they need to say, and be who they need to be.

Lost in Bloom is about a few young men learning that growing up isn't about ambition, but rather kindness. - The Neighbourhood Watch.

The Neighbourhood Watch · Lost In Bloom 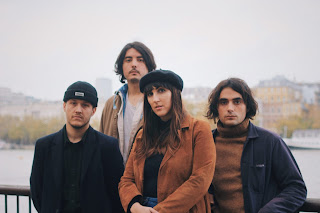 Hadda Be - Another Life.

Hadda Be (formerly Foundlings) walks the line of early 90's fuzzy indiepop, reaching for the stars britpop, and somehow still finding ways to keep it all danceable and sharp.

The band was formed under the name Foundlings in 2018, spread across joint hometowns of South London and Brighton. Their first two singles, ‘Misery’ and ‘Horizon’, received generous airplay on BBC 6 Music and Radio X, as well as Melita Dennett’s BBC Introducing the South. The following year saw the release of the band’s debut, eponymously-titled EP via their new record label, Last Night From Glasgow. In support of the release, the band took to the road, performing at festivals across the UK and selling out their two release shows at the Sebright Arms (London) and Stereo (Glasgow).

In 2020, with the departure of the band’s original bass player, a new member, a recent introduction to parenthood, a debut album in the works, brexit-induced political turmoil, coronavirus and a US trademark dispute to boot, the newly replenished four-piece made the change to Hadda Be. Taken from Allen Ginsberg’s poem Hadda Be Playing on the Radio , the new name reflects a fresh outlook for the band, a keener understanding of its sound and a heightened sense of purpose.

The aptly titled Another Life , the band’s forthcoming debut album, was recorded in five days at Brighton Road Studios in between the two national lockdowns. The intention of the album was to create a body of work that captures the energy and spirit of the band, something that sets them apart: “There’s a vibrancy and an energy to our live shows, a distinct personality that we wanted to immortalise in our debut album. The songs were mostly recorded live, with some overdubs here and there. Due to the coronavirus lockdown restrictions, the recording of the album was delayed twice. By the time we finally managed to get into the studio, we had the songs down to an extent that we recorded most of them in only a few takes.” That immediacy is palpable throughout the album, the band achieving what they set out to do, capturing their spirit over the course of five intense and unforgettable days.

Hadda Be Jaelee Roberts Miesha and The Spanks The Neighbourhood Watch