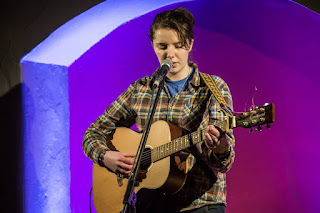 Scottish singer and songwriter Roseanne Reid unveils ‘Tentsmuir Sky’, the second offering from her upcoming EP ‘Horticulture’, set for release on April 10th, via Last Man. Inspired by Tentsmuir Forest in Fife, Scotland, the track in Rosanne’s own words “tries to capture the magic of a place which has offered me both escape from and reconnection with the world. The Redshank and Roe deer referenced in the opening lines highlight just a fraction of the amazing variety of wildlife that inhabit the forest, at the edge of which the sea meets the sky”.

Entirely written and home-recorded during lockdown by Roseanne herself and mixed by The Who and Manic Street Preacher’s producer Dave Eringa, ‘Tentsmuir Sky’ is the follow up to ‘You Underestimate Me’, which premiered on BBC Scotland’s Another Country with Ricky Ross last December.

Lockdown and cancelled tours in 2020, saw Roseanne perform series of popular live streams from her garden. Inspired by her interest in horticulture, she enrolled in a degree course whilst also learning music production and recording techniques. These two new skills created the basis for the forthcoming EP ‘Horticulture’, a four-track collection of new songs due for release as a special edition vinyl in April 2021. Last year Roseanne was nominated for Song Of The Year at the UK Americana Awards for ‘Amy’, this year Roseanne played an exclusive live streamed show during the AmericanaFest UK.

Opening for Teddy Thompson in 2022, Roseanne will support his 12 dates tour starting at Glasgow’s Oran Mor on 21st January 2022, touching London’s Earth Theatre on 28th January, before ending at Manchester’s Band On The Wall on 3rd February.

Roseanne Reid’s critically acclaimed debut album, ‘Trails’ announced the official arrival of a singular voice in folk-roots and americana music. Produced by Teddy Thompson and featuring Americana legend Steve Earle - has seen the talented troubadour and eldest daughter of The Proclaimers' Craig Reid - been praised for her “authentic country-tinged folk” by The Sun (****), with approval from Uncut (8/10) and Sunday Times Culture, the latter also including the album among its “100 best records of the year”. While support at radio from Jools Holland’s on Radio 2, and live sessions with BBC London’s Robert Elms and Another Country with Ricky Ross at BBC Scotland further enhanced her reputation. 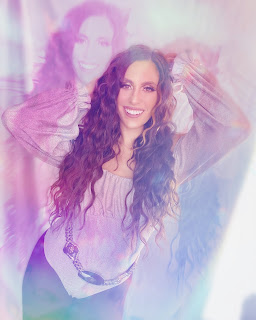 Have you ever imagined what it would be like to grasp the tail of a kite?  Imagine no more; Raquel Kiaraa is prepared to take you with her on a trajectory to the "moon."

Raquel Kiaraa is a  modern-day chanteuse who defies genre with musical dexterity. She gave wings to her music in 2018, having never sung or played an instrument prior. “At 32 I learned how to sing and play the piano so I could transform my poetry into music, the same age as my muse/role model, Leonard Cohen when he began making music,” she shares. Love, loss, hopelessness, and redemption weave seamlessly throughout her deceptively simple yet soulful lyrics.

Raquel’s voice has been compared to Amy Winehouse, Florence and the Machine, Alannah Myles, Joan Jett, and Carly Simon. Her energy, showmanship and performance presence have been inspired by the talented Lady Gaga and Cher, curating her own unique stage costumes that command her presence to be felt and known.

By 2019, Raquel was motivated and determined enough to finally turn her goals into reality. By simply believing in the power of her music, she assembled a band of accomplished musicians and, after only two rehearsals, some vocal lessons and music sheets for 13 original songs, Raquel produced two sold-out 250+-seater performances, selling her own tickets and running her own publicity single-handedly.

But nothing has come without a cost for Raquel; there were many lows in her life, in particular an athletic career thwarted by an injury. But as a young, tall, awkward teen, she emerged into adulthood with startling poise and glamour, believing that fear would never be her leader.   On the way to becoming, Raquel wrote her feelings into her journal. Words, stories, and observations in life were etched into the pages of what would one day be released to the world as lyrics to her hauntingly beautiful songs. 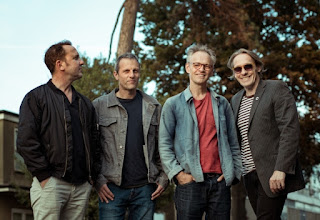 From Athens, Georgia to Australia in one bound, the sound of legendary R.E.M. guitarist Peter Buck’s twelve strings jangle their inimitable way through the latest single from Departure Lounge, reunited Bella Union-alumni ‘critics choice’ band, now signed to reputed UK indie Violette Records, who announced their first album for two decades at the end of 2020. The band's singer and songwriter Tim Keegan sought out his friend of thirty years after noticing a distinct ‘Rickenbacker-shaped hole’ in the track during their brief, yet fruitful album sessions.

Of all the eventful incidents of a life in music well-lived, Keegan counts his longstanding friendship with Buck, initially via their mutual musical acquaintance, Robyn Hitchcock and more recently via a tiny festival in Arctic Norway with John Paul Jones, amongst the most enduring and valuable of happy accidents. As an R.E.M. devotee from the early-80s, Keegan subconsciously wrote the perfect foundation for Buck to layer streams of his distinctive fretwork over in Australia, a studio-crafted slice of urgent alt-rock with the pan-American flavour of both Illinois’ Wilco and California’s Grandaddy. However, it was Buck’s contribution, according to Keegan, that brought the whole thing right back to Georgia.

"Listening to the playback of 'Australia' in the studio, I remember saying to the rest of the band: ‘what this song needs is Peter Buck’ (like the bicycle in the Quentin Blake book, ‘Mrs. Armitage on Wheels’). I sent him the rough mix, he said he dug the song and went and played the perfect part on it. I am not ashamed to say that when I opened that email and first listened to his divine soloed track on headphones, I shed some tears of joy. Now it sounds like a great lost REM single from 1989 (with a different singer, sure) and it's probably the best thing we've ever done.” - Tim Keegan, Departure Lounge. 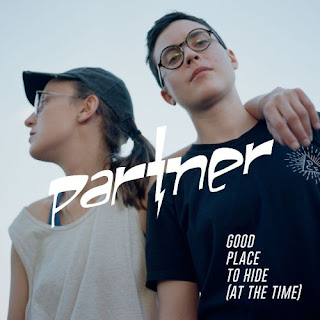 Partner - Good Place To Hide (At The Time).

Partner are back with a new video for their RUSH-inspired single "Good Place To Hide (At The Time)." It is the final single, from Partner's Never Give Up (You've Changed Records) the follow up to their break out debut album, In Search of Lost Time. There is a content warning, however, the video does include mimes/clowns. It also features Partner doing choreographed synchronized dance moves, under the direction of Karissa Laroque.

A Message from Partner: "Please take note of the content warning, this video includes mimes (clowns). This video is the result of a collaboration between ourselves and our friend Mylou Sauvage. We were so excited when Mylou offered to direct our next music video. We knew she was a film industry professional with a lot of experience, and that she would be the perfect person to interpret our queer, melancholy prog rock song.

We had quite an adventure making this video. The journey to the set was dramatic, featuring an unexpected snow storm. Despite wretched weather we had a wonderful day and we were extremely inspired by Mylou's one-of-a-kind leadership qualities and artistic eye. She brought together an amazing crew of friends, family and co-workers to help on the set, and we had so much fun working together and celebrating over pizza at Tartinizza later that night.

We are so happy with how the video turned out, but the greatest gift was the day we all spend together. We are so grateful to have this memento of that wonderful day with our friend Mylou. Never Give Up is dedicated to her memory. Thanks for watching! " - Partner