Shane Pendergast - It Slips Away.

Shane Pendergast is a folksinger from Tracadie Cross, Prince Edward Island. He learned to play by ear at an early age, immersed in a culture of family kitchen parties; by age 13 he was performing professionally on stage.

Shane’s connection to Maritime folk music dates back to the efforts of his great-grandparents, preservers of folklore in P.E.I. Shane is carrying the torch forward with his own songs, inspired by rural life and Maritime history. At age 22, Shane is known as an “old-school troubadour,” performing upwards of 200 gigs a year. In 2020 he released his debut album, “Place to the Name.”

“Shortly after the track was recorded, I received the word that a close friend of mine passed away. The song is about loss, so it took on an added meaning. The music video footage is from a show I played at Toronto’s TRANZAC Main Hall. That was the last night that I saw my friend Alex.

I find it surreal to look back at the footage of him, not to mention the big crowd that was gathered. Nobody knew that the world would slip away a few weeks later with the COVID-19 lockdown.” 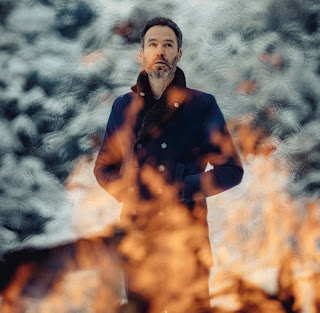 Piers Faccini - The Real Way Out.

British-Italian artist Piers Faccini today announces his new album ‘Shapes Of The Fall’ for release on April 2, 2021 through Nø Førmat! (Oumou Sangaré, Blick Bassy & Mélissa Laveaux) / Beating Drum. Featuring collaborations with Ben Harper and Abdelkebir Merchane, ‘Shapes Of The Fall’ is Faccini’s seventh album in a career spanning over twenty years and collaborations with the likes of Rokia Traoré, Ballaké Sissoko and Vincent Segal. The announcement arrives alongside the first track lifted from the album, ‘The Real Way Out’.

In the Gabriel Garcia Marquez story A Very Old Man with Enormous Wings, the author reflects on the opposing facets of human nature, like the two sides of a spinning coin landing randomly either on cruelty or compassion. Faccini’s new album ‘Shapes Of The Fall’, speaks of something similar - asking, which part of our nature will prevail in the modern world; will we, as the very old man with broken wings, learn to fly again or are we destined to fall? It’s an unsettling question which permeates tender new single ‘The Real Way Out’ - a consideration of regret and sorrow that is nonetheless leavened with a real sense of hope. Speaking about the new track, Faccini says; ‘The Real Way Out’ is a love song to life itself in the shape of an enigma, the unsolved mystery being, the impossibility of reconciling a perfect love with our imperfect identities.

Recorded live in a farmhouse studio in the French countryside, co-produced by Fred Soulard - ‘Shapes of the Fall’ draws heavily on Faccini’s own ancestry, on southern Italian, Arab-Andalusian and Sephardic modes and rhythms, bridging southern Europe with the Near East and Africa. Beginning with his fascination with Tarantismo from Puglia and the last known example of trance ritual and music in Europe, the album crosses the narrow straits of the Mediterranean, accompanied by two Algerian brothers and master instrumentalists, Malik and Karim Ziad, to interplay with trance traditions in the Maghreb and in Berber and Gnawa culture.

As a whole, ‘Shapes Of The Fall’ is characterised by an elegiac quality - a thoughtful collection of songs with parallels not only to humans’ destructive effect on the ecosystems of the natural world around us, but also to the internal monologues of our own lives, our own reflections. How have we strung the beads of our lives together? What choices, what actions will determine our rise or fall?