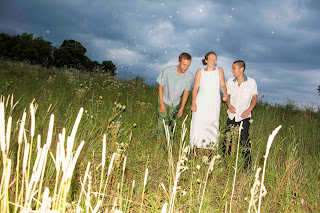 Moontype have announced their debut LP Bodies of Water, which will be released on up and coming Chicago imprint Born Yesterday Records. The announcement arrives on the heels of the release of the band's debut single "Ferry" in December which received an overwhelming response, earning comparisons to Galaxie 500 and Beach House in The New York Times and earning praise and even some "most anticipated LPs of 2021" nods from outlets like FADER, MTV, Stereogum, NPR, Paste and Bandcamp. To mark the announce of the LP the band are sharing a second single "About You."

"When I wrote ‘About You’ I was sitting in my apartment missing my friend who had gone abroad for the semester and thinking about all the moments that made our friendship so special," explains singer/bassist Margaret McCarthy. "The glue between us started to form while on tour, walking through Richmond VA for hours one night past confederate monuments and art on building walls. The friendship began as a crush but it slowly melted into something more lasting - we made a synth together, we wrote songs together - and I really just wanted to be around them most of the time! There was this feeling of being two magnets, pulling towards each other, but the pull doesn’t stay that strong forever and I wanted to remember what it felt like at the start. I’m grateful I wrote it down in that way because now me and my friend fall in and out of touch but every time we play that song I remember how special they are and how important they are to me."

The three players in Chicago’s Moontype orbited each other for years before they came in phase. Bodies of Water, their debut album for local label Born Yesterday, documents travel, insecurity, friendship, and the titular element—all of which are representative of the band members’ strong connection to place and to one another. “Being rooted in the landscape became important to me while studying geology, which completely changed how I think about the world,” offers songwriter, vocalist and bassist Margaret McCarthy of the album’s central themes. The arrangements themselves feel like open-hearted negotiations; sparse fingerpicking gives way to saturated tube-screaming as naturally as the changing of tides. Over twelve tracks, Moontype revels in the woozy concoction of its many influences, but always lands on punchy hooks, shifting between arrangements both spacious and mystifying without abandoning their conversational warmth. 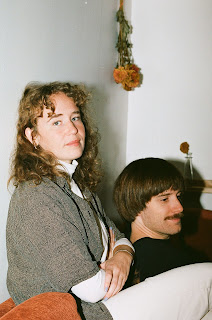 Doohickey Cubicle (formerly Booty EP) are a dream-inducing synth-pop duo that ooze with creativity. Whether it’s their energetic and visually stunning live shows, their self-produced singles or their wealth of DIY music videos, they’re always up to something, and it’s always interesting.

Since 2017, Doohickey Cubicle – made up of Alli Deleo on keys/vocals and Francis Hooper on guitar/synth – have been creating art in multiple mediums, and always from the ground up. Beginning as a small project that mostly focused on self-recorded off-the-cuff late-night jams with humorous vocal improvisations, the group didn’t take themselves too seriously (hence the original, or current name). That being said, after a handful of shows, the duo began to realize that the audience felt differently, as they were visibly taken back not only by their ethereal musical presence, but by their captivating projection visuals, which have since then become a staple for the band’s live show. It wasn’t long after that they released their first EP What What and the Who Now? followed by the single Mascarpone in 2018, showing a new focus towards their work, and no lack of inspiration or momentum after being discovered as an up-and-coming power duo in Vancouver’s indie-pop scene. Since then the group has played festivals like Reeperbahn (Hamburg), Linecheck Festival (Milan), POP Montreal (Montreal), Music Waste (Vancouver), Rifflandia (Victoria, BC), Fringe Festival (Vancouver), and Westward Festival (Vancouver). They’ve toured in Italy the last two years in November, along with shows in Berlin and London, a Pacific Northwest tour, and shows in Calgary, Toronto, Montreal and NYC.

More recently, the duo released their new single Airbag with an accompanying music video on April 17th, which will be on their self-released debut LP Don’t Fix Anything 😉, due out in March 2021. Recorded between Montreal and their home studio The Juniper Room, and self-produced as always, Don’t Fix Anything 😉 is without a doubt their most ambitious musical venture to date, with countless collaborations with notable artists, multiple single releases, remixes, and numerous additions to their already towering arsenal of music videos.
Doohickey Cubicle · Sign Here