Truly, the luscious, soulful new album from Manchester singer-songwriter Caoilfhionn Rose (pronounced Keelin) moves through a tapestry of curious musical inflections; nods towards folk, jazz, ambient, electronica and even a subtle influence of psychedelia, it never stands still to take a breath, despite its ethereal and delicate core. Out April 9th on Gondwana Records (Mammal Hands, Portico Quartet, Matthew Halsall, Hania Rani), in Truly, the young singer-songwriter has accomplished a body of work that is both sonically and lyrically wise beyond her years. Rose today shares a first single from the album – ‘Flourish’, an intoxicating song that meditates on being present in the moment, allowing peace to come to you.

“The song ‘Flourish’ is about looking forwards with hope and possibility, ‘let it flow away, let it turn around and flourish’. It’s about finding peace and feeling wonder again” says Rose about the track. “’Flourish’ hints at the ideas of what could be, how things can unfold if you let go ‘and just be here’.”

Co-produced by Kier Stewart of The Durutti Column following Rose’s collaborative endeavours with them on their album Chronicle LX:XL, the musician’s song writing draws from a diverse palette of influences, including Building Instrument, Rachel Sermanni, Alabaster dePlume and Broadcast. Rose also professes to a love for beautiful, stripped back, piano based music, such as Dustin O’Halloran and label mate Hania Rani.

Truly came to exist due to a deep-routed need to create – even though its conception was interrupted as Caoilfhionn Rose recovered in hospital from an illness, she found strength within writing music. “In Spring 2019 I took part in a gig swap with my good friend and fellow musician Kristian Harting who is from Denmark. We played several gigs in the UK but unfortunately the Denmark part of the tour was cut short as I was taken ill. I was hospitalised for several weeks and have taken the last year out to recover” says Rose. “I gradually returned to finishing my second album” she continues. “Coming back to creating after being unwell was challenging but also therapeutic. This record marks a difficult time of my life and writing it helped get me through that. I am really grateful to have music as an outlet.” It may be this tremendously challenging period that has abetted its characterising qualities.

Rose’s beautifully restrained vocal is all at once soothing yet mesmerising. She demands and holds attention through her evident talent yet hypnotises the listener into a trance with her experimental tendencies. “After being unwell, getting back to recording helped me recover my voice after not singing for so long. Finishing bits of songs, writing lyrics and recording vocals helped me get back on my feet and get better.” 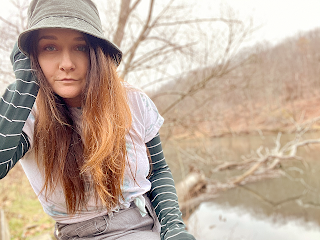 Written and performed by founding member Kirsten Heibert with production, mixing, and mastering by Julian Giaimo and features from Morgan Karabel, the track explores why we hold on to relationships that are toxic.

“Haunted is about a bad relationship that feels like Groundhog Day,” says Kirsten Heibert, founder of Paging Doctor Moon. “We wrote it on the porch while we were recording the rest of the album.”

Paging Doctor Moon’s second single is an emotional symphony paired with soulful lead vocals as the primary instrument. The track begins with a stripped and raw exploration with just vocals and guitar and builds to a fuller alternative indie soundscape flushed out with a soft electric guitar and light percussion.

Known for their deep lyricism and vocals and evocative arrangements, Paging Doctor Moon will continue to release singles this year leading up to a Spring 2021 debut album release. 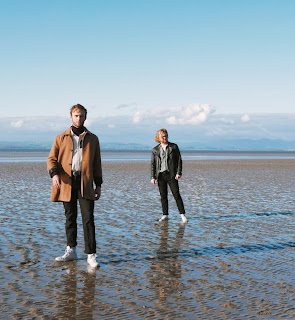 Lord and the Woolf - Young

Lord and the Woolf is made up of a pair of rascals from the North West of England - Joe Woolf and Sam Lord.

After previously touring with bands ‘Chappaqua Wrestling, ‘Aquilo’, ’LOWES’, and ‘Shy Luv’, Sam and Joe decided to start their own project. With Joe conveniently being a producer they took to his studio to hone and create their own unique style and sound.

Their studio writing process and attention to detail spawned a dense and interesting production aesthetic, resembling the likes of ‘Alt-J’, ‘Bombay Bicycle club’ and ‘Tame Impala.’

Following two previous singles including the euphoric ‘Etta’s Game’, this month will mark the release of their 3rd single ‘Young’ alongside a music video.

‘Young’ carries a narrative which highlights youthful lust and love, and how it can harness the power to distort our moral compass. At a point in everyone’s life, they must make a choice to either leave or stay in a life defining moment.

"This song came so naturally and I had felt like it summed up the record nicely as a whole," says Wolf. "I had spent quite some time reflecting on the experience writing my first record before this one, which was a deeply lonely and personal one. This song is about looking back on those days and how life has moved far past them. It’s about taking those experiences and moving forward."

Speaking about the video, Elijah explains: "I grew up in Phoenicia, New York, nestled up in the Catskill Mountains. Throughout my life, the geography and botanical offerings have provided great comfort for me. It is here that I gained my great wonder and curiosity for the world, as well as the place I continuously return to when things get dark and uncertain.

Brighter Lighting is about understanding the past, so that one may look forward with wide eyes. I asked one of my closest friends, Dylan Kaplowitz, a filmmaker (also from the Catskill Mountains), to document a full day with me, revisiting these sacred places; each one with great significance to my life. I shared stories with him at each spot and he filmed it all on a Super 8 camera."