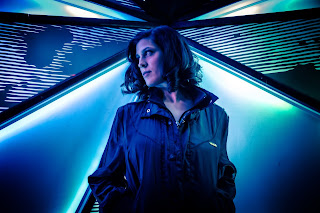 Today singer, writer, and rapper Dessa has released “Life On Land,” the third installment of her new single series IDES — the project sees Dessa dropping new music on the 15th of each month.

“I started writing ‘Life on Land’ sitting at my Casio keyboard wearing a green sweater and with my hair still wet from the shower,” Dessa explains. “I know because I filmed a little video of myself playing the key line to make sure I didn’t forget it. The first lyrics came easily: ‘Flip a coin, flip a car / I don’t care where we are / the picture and the sound won’t sync / some things time can’t fix’. Almost every other line resisted being written.

I walk a lot to try and solve that problem, muttering for a mile or two and coming home with another viable four bars. Like the other songs in the IDES series, this track is a collaboration between me and producers Lazerbeak and Andy Thompson. All three of us thought the song needed an epic pop chorus…but those are easier to talk about than they are to write. When we finally had words and music for each section, we tried several sequences before landing at the structure on record. In the end, we built with pop bricks, but decided to ditch the pop floorpan and go rogue.”

Alongside this release, Dessa is also announcing a collaboration with Dogwood Coffee Co. on a limited-edition coffee. IDES coffee—available in 12 oz whole bean packages—is a blend of coffees from Mexico and Colombia, lightly roasted to produce a cup with notes of maple syrup and dark chocolate covered almonds. Online orders can be placed via Doomtree’s website, and packages will be available at Dogwood’s three retail locations in Minneapolis and St. Paul later this month. A portion of proceeds from sales at Dogwood’s shops will benefit Second Harvest Heartland, one of the nation’s largest and most effective hunger relief organizations. The custom coffee is Dessa’s latest venture into food and beverage collaborations, joining her two signature ice cream flavors with Izzy’s Ice Cream and limited-edition bourbon and rye from RockFilter Distillery. 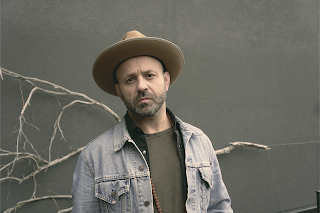 Long, swaying grass, the hoofbeats of horses, and infinite blue skies: this is the typical imagery that has long come to mind when someone brings up Americana. But for Toronto-based Nelson Sobral, when you inject Americana with a hard-edged, urban blast of gritty midwest blues, rock ‘n’ roll, and northern soul, Americana adopts an entirely new identity, one of overpasses, subway trains, and the grit of city streets.

“I really don’t care if people think I’m ‘rural’ or not,” Sobral says from within the murky labyrinth of downtown Toronto. Despite being born and raised in the rough-and-tumble Parkdale neighbourhood, Sobral has long been surrounded by an outlaw spirit and lawless, yet valorous, energy. “My uncle loved country music—Kris Kristofferson and Willie Nelson were always playing at his place—but Otis Redding is my spirit animal for vocals, and growing up, I admired all the guitar players that served the song and meant more to me than just solos, like Jimmy Page and Keith Richards: they had dynamics and song craft. All of it is part of my gumbo, for lack of a better word.”

For Sobral, all that is sacred is the song, and the means by which it is delivered transcends genre. Though clearly inspired by the roots songwriting giants—the Hank Williams and the Gram Parsons of the world—Sobral’s work deserves a wider scope, a wider breadth, and a wider reach. Through the lens of soul, blues, and rock and roll, Sobral’s songwriting, paired with his incomparable voice and monster guitar playing, is fit for any stage, any night of the week, any audience, anywhere.

Nelson Sobral has already defined his road-hardened career by sharing stages with the likes of legends such as David Wilcox, The Trews, and Jeff Healey, and his knuckles-to-the-dirt, workhorse spirit has seen him tour and play relentlessly across Canada and the United States. “You need to do those things as a musician to experience life,” Sobral continues. “Even if you write from that perspective, you can tell if someone’s done it or not. You can tell when someone’s paid their dues.”

Sobral certainly has, like the aforementioned songwriting greats that have come before him. With a career due to be long, enduring, and unconcerned with being pigeonholed and catering to one image, one sound, and one spirit, Nelson Sobral has bigger plans: beneath the wide canopy of his influences and styles, Sobral continues to unite listeners with the impact of his songs and energy, as varied and wide-reaching as car wheels on a gravel road and the barreling rhythm of a Toronto streetcar. 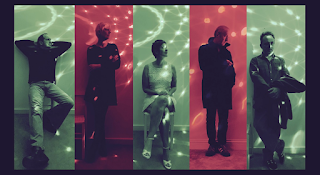 Mirrorball takes two lonely single people, and takes them for a night out in an 80s disco.  Surrounded by divorcees and middle-aged drunks, will they be too shy to talk, or will they find some love action?  Is this going to be heaven or hell?

This is definitely the most positive and the most romantic duet The Catenary Wires have ever released.   With delicate – and not so delicate – musical tributes to the 80s, Mirrorball starts off sceptical, but ends up falling in love with the music of a decade that was pure, unsubtle, tasteless and synthetic.  The 80s disco turns out to be heavenly!

To celebrate, there’s a real (virtual) 80s disco in the diary - and everyone is invited.  Top indie club How Does It Feel has invited The Catenary Wires (and a lot of guest DJs) to take over for the night on March 27th. The playlist will be mostly heaven, but there will be a bit of hell thrown in...

Rob and Amelia (ex Talulah Gosh, Heavenly) started The Catenary Wires as a duo, but they’re a full band now – and the new recordings have a very different tone, with the inspired contributions of Fay Hallam (keyboard), Ian Button (drums) and Andy Lewis (bass).

The Catenary Wires write songs for grown-up indie kids.  They don’t pretend to be 23 any more, but they do remember what it felt like.   Their songs are a combination of joy and regret, innocence and experience.