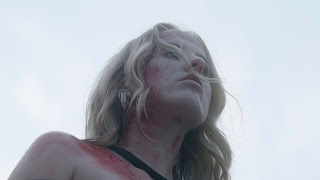 Co-produced by Little Dragon drummer Erik Bodin, "Outsider" elevates JÁNA's hybrid of alternative pop and bedroom R&B to exciting new levels. Uniting lucid synths with chugging industrial percussion, the song portrays a scenario of feeling lost, or feeling like an "outsider" amidst the fallout of a relationship.

Speaking on the new single, JÁNA said: "The lyrics and melodies came super quickly to me on 'Outsider'. It’s my first “breakup song”. I’m questioning this person, the relationship and myself after a breakup. I’m basically asking this person lots of questions in a “how could you” type of way. There's a sense of frustration, resentment and some sort of sad hope (referring to the second verse) in this song; addressing the feeling that you don’t belong without that person or maybe you lost who you were before ever meeting them."

JÁNA, (aka Stockholm based Johanna Andrén) was introduced to the world via her collaborations with Swedish heavyweights Little Dragon on her debut solo EP 'Flowerworks'. A mediation on relationships in general – as well as a chronicle of one of her own past relationships – The Fader praised its lead single "Wild Roses" for its "lush guitars and jazzy, minimal beats", whilst Lyrical Lemonade described the release as "a memorable debut that’s sure to put JÁNA on the map on a global level".
Majestic Casual Records · JÁNA - Outsider 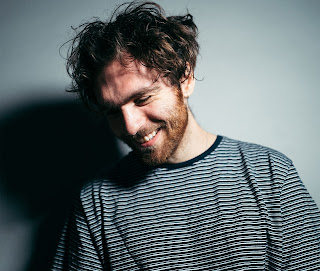 Seventh Sense Libido marries the sexual politics of Cigarettes After Sex with the romanticism of Jeff Buckley & Pete Doherty - cited as Jack’s most cohesive body of work yet. It’s an intimate & reflective album about relationships which, through its honesty, affords the listener their own chance of self-reflection.

The album features singles Come Back In The Room which tells of the emotional push & pull experienced in relationships & Before You Love Me with its strikingly intimate vocal performance. They have received support from BBC Introducing, Amazing Radio & many more.

With well over a million streams on Spotify for previous single Oxytocin, Jack has enjoyed airplay on BBC Radio 1 & 6Music, performed at BBC Radio 1's Big Weekend festival, featured in Clash's coveted Next Wave & gained a loyal following after showcasing on youtube channel COLORS. His music is now getting much attention, particularly in America, Germany & the UK with strong & encouraging streaming figures. 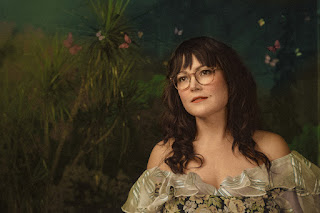 Sara Watkins of the Grammy-winning groups Nickel Creek and I’m With Her, as well as The Watkins Family Hour will release Under the Pepper Tree on March 26th via New West Records. The 15-song set was produced by Tyler Chester (Sara Bareilles, Margaret Glaspy) and is the follow up to her critically acclaimed 2016 solo album Young In All The Wrong Ways. Created with families in mind, the personal project encompasses songs Sara embraced as a child herself and brings storytelling, solace, and encouragement to the listener, no matter the age. In addition to two stunning original songs, the album includes Sara’s renditions of “Pure Imagination” from the 1971 film Willy Wonka & The Chocolate Factory, The Beatles’ “Good Night,” “Moon River” (originally sung by Audrey Hepburn in the 1961 film Breakfast at Tiffany’s), and more.

Under the Pepper Tree also reunites Sara’s Nickel Creek bandmates Chris Thile and her brother Sean on “Blue Shadows on the Trail” (from the 1986 comedy The Three Amigos), Sara’s I’m With Her bandmates Sarah Jarosz & Aoife O’Donovan on “Tumbling Tumbleweeds” (originally performed by Roy Rogers & Sons of the Pioneers), Taylor Goldsmith of Dawes on Harry Nilsson’s “Blanket for a Sail,” David Garza on Roy Orbison’s “Beautiful Dreamer,” and Sara’s now three-year old daughter on her immensely sweet rendition of The Sound of Music’s “Edelweiss.”

Sara admits that she initially felt conflicted about making a children’s record until she realized that perhaps this album could impact a young listener in the same manner as the music from her own childhood affected her. The nostalgic and gentle Under the Pepper Tree offers a comforting record for those moments as daily rhythms fade into nightly rituals — and when a child’s imagination comes to life. “I want this album to be a place of calm, imagination, and relief,” Sara says. “Some days are perfect and things are a dream and make you feel like a superhero. And some days are just… such a challenge. I feel like this record has a place in both of those days, and I really hope that these recordings find a place in kids’ hearts, and become as special as they are to me.”

Sara sequenced the album’s 15 songs with the vinyl listening experience in mind. After forming the track listing of Side A and Side B, she then crafted transitions between the songs, making each half of the album seamlessly glide by. Sara says, “Although this album can certainly be enjoyed by listening all the way through, very early on in the planning I began thinking of it as something to be taken one side at a time. I imagine someone dropping the needle on side A one night, and side B the next.”

Under the Pepper Tree also features a stunning vinyl package so children can interact with the record in a deeper way. The idea stemmed from the vintage vinyl releases she’s collected for her daughter. “You find some that are really beautiful, and there are some Winnie the Pooh albums that we listen to on a daily basis, not just because of what they sound like, but because of what they look like,” she says. “My daughter will look at the book while I put on the record. The pages don’t tell everything that’s in the song, but that doesn’t matter because sometimes she’s more looking and sometimes she’s more listening. It’s all there, it’s all connected. I want kids to experience my record that way, with all of those senses.” 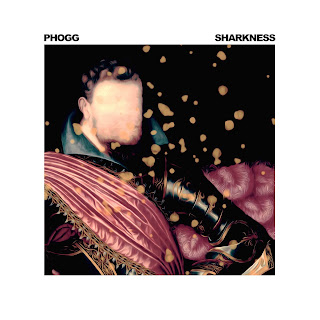 The Swedish psyche-rock wonder is defined as Phogg and the band has returned with a new album. An album that has been forged out of pandemic, 30-year crisis and broken hearts. 2020 has not been an easy year for none and Phogg is no exception:

“What does it mean to be a rock band these days? How does it matter? We are all closing in to the dirty thirties. We have ended relationships and people have ended it with us. We have lost treasured memories and have had our computers and hard drives stolen.

We have lost rehearsing spaces and studios, gigs and opportunities. The glory days of Rock have faded away in this pandemic apocalypse’s fart of the times. There is no fun making songs about an allegorical downfall when you are in the middle of it.”

In September 2019, we saw the release of Phoggs second studio album “Mofeto: Mashine Adamkosh”, an album “about robots seizing world domination”, that was well received by the music media community, both domestic and internationally. After the cries of joy in the wakes of “Mofeto”, Phogg took on the challenge to record two albums at the same time. The goal was to work on these albums parallely and release them simultaneously but as it would turn out, that was an extremely stupid decision and the band were inches from mentally burning themselves out.

This week the release of “Sharkness”, the fourth and the last single before the highly anticipated third album, “The Sharkness”, premiering the 16th of April.

“Sharkness, the title track of our new album, came to be while recording the album. ‘Sharkness’ means to hold a kind of self-destructive self-preservation drive. To navigate through difficulties and hardships. To push down instincts of worries and prance forward in life. This is to hold Sharkness."

The tune is featured by the incredible Indrielle, who was recording with us in our studio at the time. The song is a favourite of ours and we hope that you will love it at least as much as you love us.” 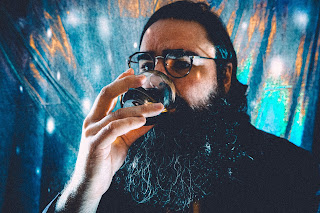 “There’s absolutely no reason why we should be doing this right now, other than the fact that this is who I am and this is what I want to do. So let’s just make a record.”

Such was the theme of the recording sessions for soulful roots musician DL Rossi’s upcoming album Lonesome Kind. Known for his brand of heart-wrenching, deeply personal songwriting that’s been compared to the likes of Isbell, Orbison, and Brooks, Rossi left Nashville for his home state of Michigan last year after his uncle was diagnosed with brain cancer, only to find himself commuting back the Music City to record the follow-up to his critically acclaimed album A Sweet Thing.

After a career spent embracing and feeding comparisons to his aforementioned contemporaries, the aim this time around was to break free from those associations and let his own light shine. Raised on Christian music and spending many years of his adult life as a worship leader, he came to love Springsteen, Petty, and Jackson Browne late in the game. And while you can still hear threads of their influence, Rossi’s latest offering shows a maturity and willingness to stand on his own.

Lonesome Kind is a vibey, ‘70s-inspired album laden with Motown guitar riffs and soulful lyrics with a reoccurring theme of independence while mourning the loss of ideals and energy of youth.

It was produced by Tyler Chester (Madison Cunningham), who also lent his skills to tracking bass, keys, and some guitars. Rossi was joined by his brother Nolan (Audrey Assad) and Juan Solorzano (Molly Parden) on guitars, with Ross McReynolds (Jess Nolan, Katie Pruitt) rounding the group out on drums.