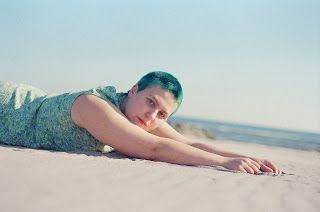 Lily Konigsberg: singer, instrumentalist, lifelong songwriter. Since her early childhood, the Brooklyn-born-and-based artist has occupied her time with music. “Basically I was born and immediately started wanting to be a rock star,” Konigsberg told Pitchfork in July of last year (she was a 2020 Pitchfork Rising Artist). By the time she won a five-borough battle-of-the-bands contest as a teenager Konigsberg had already been performing solo sets in cafes around her native Park Slope, and in 2013 she would link with fellow Bard classmates Nina Ryser and Ani Ivry-Block to form the egalitarian art-punk outfit Palberta, a beloved DIY scene fixture who have recently come to wider attention on the back of their critically-acclaimed 2021 album Palberta5000.

Since the early days of Palberta Konigsberg has been posting solo material on her personal Bandcamp page. Between various other collaborations and musical projects she has released three official EPs under her own name beginning with 2017's Good Time Now, a milestone split release with Andrea Schiavelli, 2018's 4 Picture Tear, and 2020's It’s Just Like All the Clouds, her first EP on long-time Palberta home Wharf Cat Records, and a release that began t bring broader attention to Konigsberg's solo work. Today, Konigsberg is announcing a new compilation on Wharf Cat entitled The Best of Lily Konigsberg Right Now, a release that compiles her three EPs alongside unreleased tracks into a remastered (or in some cases mastered for the first time) collection. To announce the release Konigsberg is sharing "Owe Me," an older track she initiall demoed with It's Just Like All The Clouds producer Paco Cathcart, that features keyboards from Matt Norman (Horn Horse) and final production handled by Nate Amos (This is Lorelei, Water From Your Eyes).

This compilation is a musical omnibus—the first widely distributed Lily Konigsberg physical release as well as the first vinyl treatment for both Good Time Now and 4 Picture Tear. The collection loosely parallels the melancholic narrative behind the latter, where a mental break triggered Konigsberg’s depersonalized sense of her past self. Of the 4 Picture Tear EP, Konigsberg says, “I would look at this photo-booth picture I took with Matt [Norman] and cry because I thought I was looking at the person I used to be in that picture and that person was gone.” In retrospect, these three EPs feel like distinctive vignettes of Konigsberg’s progression as a songwriter, each version of her past selves tethered by an invisible thread to the present through musical alliances and fervent introspection.

“Owe Me,” a song Konigsberg never felt fit on any of her previous releases, now serves as an opening curtain call. “Thank you all for coming to my show,” Konigsberg says to an invisible audience’s applause. “If you didn’t know, now you certainly know.” It’s a transportive moment that combines Konigsberg’s patient steps into the underground pop limelight with her exceptional ability to connect with a diverse and talented cohort of creatives.

"I wrote 'Owe Me' in Petaluma on a trip with my friend Matt Norman," says Konigsberg. "I knew immediately that it was one of those bangers that was gonna rock people’s worlds, but after Matt added some essential keyboard licks, it disappeared into the abyss of my computer accompanying roughly 500 other songs still stuck there. When concept of The Best of Lily Konigsberg Right Now came together with my friend Trip Warner, I knew this should be released. With the help of Nate Amos who enhanced the beat, added the descriptive sounds, and basically just made it sound amazing, it was finally complete. For me, the lyrics to this song aren’t as important as how much collaboration and friendship can transform a banger into a BANGER. I love my friends." 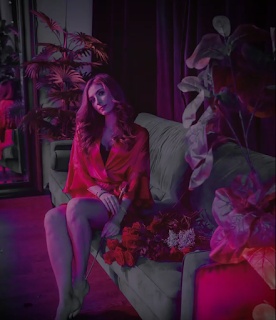 Born Again is a song about the impact that one may leave on another person in ways that have never been felt before. It’s a song about the discovery of true love, the acceptance of these feelings, and the fear and excitement that comes with it. The distance between you and this other person means nothing because even though they are so far, they always feel so close; they’ve naturally become the missing puzzle piece.

These feelings grow deeper each day; like a never ending field of blooming flowers with scents that captivate your mind and take you to a whole new world of discovery. You can’t get enough of what makes them who they are; everything about this person warms your heart and draws you closer to their dreams that you wish you could be a part of.

Born Again underlines the theme of hope in the sense that you begin to fantasize about how life would be like with this person. The ‘impossible’ has suddenly become the ‘new reality’ and there’s no turning back. You feel ‘born again’ because of how they’ve helped you to see the world differently. Life is full of surprises, and this, by far, has been the most beautiful and life changing one for me. It’s true when I say that, “he makes me feel Born Again.” 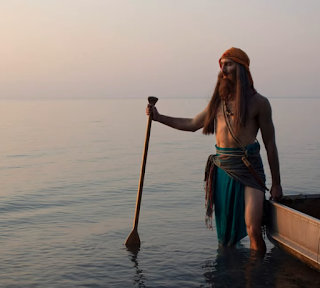 As we received it from Michael - My name is Michael Masurkevitch (singer-songwriter under the name  "Borrowed Thoughts.")

I am an actor and aging-teen-father, who is able to pursue my dreams because I live in my parents' basement (my 14 year old has a room upstairs.)  Funny story, not only am I also a Michael, I also also used to be a beekeeper for a few years.

On March 11, I am releasing my first ever single, "Decompress." The song was conceived when I was meditating in an urban woodlot off the DVP in Toronto, and began to cry with the release of how much I had needed time to process my feelings, and began singing to myself through my tears.

The song felt like a gift from the universe, so I found a talented producer to help me turn it into a gift that can be shared.The result is a cathartic baroque-pop ode to taking time for mental health, with a roguish lilt and notes of my Romani heritage.

The song has been described by listeners as "A quarantine anthem" ; "A really sweet reminder to take time to love myself" ; and, "fun and whimsical, but then with this real sincerity and melancholy underneath." 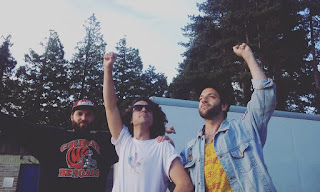 We are delighted to welcome My Name Is Ian back onto our release schedule after an uncharacteristically long development period for their latest album, Fantastic Company, out via Bubblewrap Collective on 4th June 2021.

Fantastic Company will be preceded by lead single, For Love, on 12th March 2021 offering the first taster of the band’s new sound. The album will be available on limited edition heavyweight black vinyl and across all the usual digital streaming and retail platforms.

The band’s standard ‘prolific-and-terrific’ approach, culminating in no less than 18 releases since 2010, has been put to one side, with their latest being written and recorded over two years, with time spent in four different locales (Cardiff’s Rat Trap and King’s Road Studios, the pop-up Snowbird Studios in Riofreddo, Italy and Axe and Trap Studio in Wells). The resultant LP takes a substantive shift from the garage-pop of previous records and leaps double-footed into a charmingly wonky, indie-dance parallel universe where almost anything seems possible.

Fantastic Company will be preceded by lead single, For Love, on 12th March 2021 offering the first taster of the band’s new sound. The album will be available on limited edition heavyweight black vinyl and across all the usual digital streaming and retail platforms.
bubblewrap.collective · My Name is Ian - For Love