Van Go pushed Roper in new directions. Discussing he states, “Recording with Gus and Werner F was on a whole new level. They really cared where the songs were headed and that they ended up just right. Everything was broken down to the finest details and nothing was allowed to sit at just ‘ok’. It was all about getting the vibe right.” And right it is.

“Horizons” is an enigmatic track, inspired by a late night looking up at the stars. “I'd been sitting on it for about 3 years before I recorded it knowing I had a cool idea there but was really stuck with how to move forward with it,” Roper shares. “Sometimes these tunes don’t reveal themselves until they’re shouting back at you.”

At the heart of the track is Roper’s soulful, powerhouse vocals, propelled forward by pulsing percussion and undulating guitar. The layered production style lends to a mysterious, almost seductive, edge to Roper’s refrains; it tantalizes and charms, hooking the listener in.

The title of the track is no coincidence. It’s in reference to, “the endless expanse of something unexplained,” Roper explains. And it’s the perfect introduction to this new collection of songs in which Roper looks to stretch his musical legs and broaden his musical horizons. 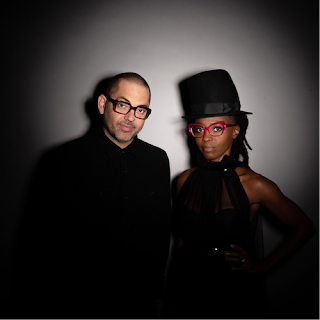 Morcheeba share ‘The Moon’, the third single from upcoming studio album ‘Blackest Blue’ due May 14th 2021. Released on a full moon ‘The Moon’ follows on recently released singles ‘Oh Oh Yeah’ and ‘Sounds Of Blue’; the latter released alongside a striking video, while South London producer, composer and DJ Hector Plimmer took ‘Oh Oh Yeah’ for a deeper, chilled, electronic dive with his remix.

The Moon’ is a cover originally by Irena Žilić, a Croatian singer-songwriter. Ross fell in love with the song when they shared a bill in Zagreb with Irena and asked her permission to cover it. Skye added another verse to it and that is where the album title ‘Blackest Blue’ came from.

Talking about the track, Skye says; “it’s about following the light of the moon and tapping into its powerful luminous energy, harnessing it’s positivity to escape the depression and darkness.”

Pioneers of the British music scene, ‘Blackest Blue’ will be the band's 10th studio album in a discography that spans three decades. 2020 saw Morcheeba unable to tour or perform live, which gave Skye Edwards and Ross Godfrey “time to write songs and really get to hone them,” as Godfrey puts it. “There weren’t so many pressures so we could really take our time getting the songs right,” adds Edwards.  The result of this time is a refined 10 track album that fuses previous incarnations and sound of the band - such as downbeat, chill, electro-pop and soul - into one cohesive record that delves into the soul of the band’s genre-mashing musical heritage. As usual, the band didn’t approach the album with any pre-conceptions, and instead created an organic journey that represents everything great about Morcheeba.

Edwards’ lyrics are primarily focused on positivity and overcoming personal adversity that lies within. ‘Sounds Of Blue’, is a stunning cut that puts Skye Edward's sultry vocals to the forefront, floating high above an ethereal backdrop, and touches upon her recent free diving experience in Thailand and “my new found confidence and love of the ocean above and below,” says Edwards. 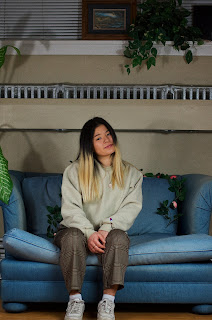 Aibai is a 23-year-old producer based in Minneapolis. Her songs are filled with ambient, cinematic soundscapes that create a daydream-like atmosphere. Originally focusing on making electronic music, the young musician has started to diversify her sound in her recent releases, exploring more of the alternative, indie and R&B realm. Inspired by electronic artists like Odesza and Flume, as well as indie/alt greats such as Clairo, Rex Orange County and Goth Babe, Aibai combines these two worlds, while giving it a unique flair of her own.

Aibai confides, “I decided to combine genres and make an indie electronic EP. This first single “Glow” is a perfect example of that. With the indie vocals of Des who goes by Swims, combined with my ambient music, I was able to produce the indietronica sound I was going for!” Sonically “Glow” is inspired by the outdoors and the feeling you get when you immerse yourself in nature. “Glow” features warm, laid-back vocals which shimmer atop the oscillating synths, while the layered harmonies resonate deep throughout your body. The chilled-out, slow-paced song emits an intoxicating, feel-good vibe that you can’t get enough of. Lyrically, the contemplative song talks about readjusting into single life and wondering what it will be like, now that your love has gone.

Gentle tugs on electric strings lay the mood and tempo, with incoming silky, cooling vocals from Colby Hansen in “More Than Friends”. The track has a laid-back, rippling essence of femininity with an indie/alt glow from the use of analog instruments. This track is a tad less electronic than the rest of the EP, but still contains an electro hint on the vocals and delicate production flutters, putting Aibai’s sonic stamp on it. The track narrates the fear of telling someone you like them more than friends, then suddenly realizing the hard-hitting, heart-breaking reality there is nothing more to the bond than being buddies.

“Feel Again” featuring Mønty C oozes a cinematic, indietronica aura. Along with ambient piano and soft claps are the looping electronic riffs and euphoric synths that enrich the intensity of the emotions. The song has lots of subtle builds, constantly uplifting you with vocal cries flooding the background of the soundscape in an affecting howl, dripping in feeling. The lyrical context written by Mønty C touches on regaining and rebuilding trust in a romantic relationship that is struggling to maintain its closeness.

“Open Up” is a gentle bubbling stream of warmth and radiance. Featuring breezy bass lines, an up-beat, gently bouncing beat, dancing, high vibe guitar and stunning dynamic pauses that carry much emotiveness. Swims opens up on the track about flowing through life, knowing it's ok to start over and that being vulnerable can bring much happiness. Each experience allows you to grow and build resilience, you will learn to understand that “all along you had the key.”

Overall, the EP is a delightful blissful experience. Aibai’s production on each track encompasses the beauty of raw instruments adding an electronic flame over the sound. Her soundscapes are dreamy, feminine and a beautiful escape into heavenly, soft, swirling sounds. The features across the EP all complement the delicacy of the instrumentation and it's clear that each track is emotionally charged and meticulously thought out to ensure the perfect yin and yang combo of indietronica. 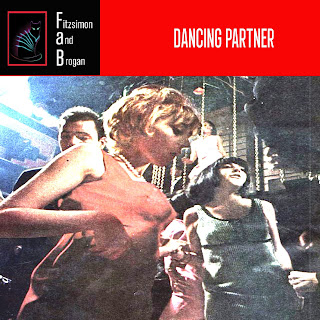 With their latest album, "This Wicked Pantomime," the UK pop/rock duo of Neil Fitzsimon and Bee Brogan (FaB) have managed to hit the iTunes charts at home and abroad with no less than 3 singles. "A Toy For Juliette," released in late 2020 reached the top of the South Africa iTunes Rock songs chart, while second single, "Persuasion" hit the UK Top 50. With the release of a third single, "Dancing Partner," FaB have their highest charting UK hit at #17. The single features the talents of Elvis Costello's long-time drummer, Pete Thomas.

Neil Fitzsimon describes "Dancing Partner:" "The track is a tribute to all those New York bands like Blondie, The Ramones, and all those bands that played at the CBCG's back in the 1970s. It's about the rites of passage, that everyone goes through in the process of growing up, and that the dance floor can be one of the loneliest places in the world - a ritual that Bee and myself personally found terrifying!"

ABOUT FaB: At the crossroads where Bowie meets the Beatles and Elvis Costello meets The Smiths, you will find UK-based pop duo, FaB (Fitzsimon and Brogan.) Preferring to remain faceless in an industry that holds image in high regard, FaB have gone on to form a songwriting/production partnership that led to placement of their songs in Film and TV, including a USA Sci-Fi Feature Film. They also wrote a musical, Jack Dagger, which was showcased at the Greenwich Theatre, London for the Musical Futures Award. It was also showcased at the Bridewell and the Royal College of Music in London.