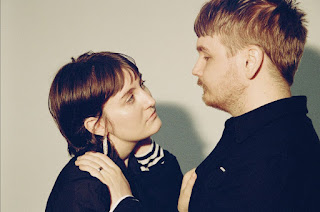 A Wy song at their best sounds like opening it all up, and letting the feelings flow where they will, letting the pain, anger, fear, hope and love steer the song. Those emotions are spun into the band’s skyscaping, cinematic sound, and turned into music that has a force behind it, a power that hits you, even when it's at its softest. And that power that illuminates the band’s songs is more present than ever on their new album Marriage which is out on May 7th, Window is the fourth single.

That album, in a way, begins with a wedding. Ebba and Michel have been together since their schooldays, but a couple of years ago they tied the knot. The songs on Marriage have all been made since their wedding, and so in that sense the timing made it a natural title for a record that’s something of a scrapbook from the first two years of that marriage. But there’s also a deeper sense to it. Both in sound and theme, Marriage is more of a conceptual record than their earlier work. Ebba writes the band’s lyrics, and on the previous albums her themes were specific to her.

But on this album, their relationship is at the heart of the songs. The lyrics have come from the experiences they’ve shared together, which they’ve then worked together into what they want to say, to each other and to everyone else.  “I have always written the lyrics”, says Ebba. “But this time they feel like our lyrics, and not just my diary set to our music. We've talked a lot with each other about what we want to say. About who we are and where we can find our place in the world. The title has been in place since we started, and that was because a lot of the songs revolved around our relationship since we got married. Not so much the relationship between us, but more about the internal conflicts that appear when you’re in a long-term, safe relationship, where you’re really sure about each other, but you’re not sure about yourself”. 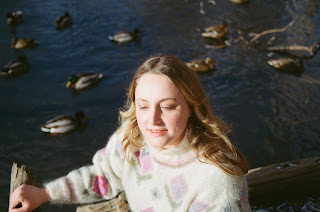 Beloved Canadian songwriter, Dorothea Paas is today sharing "Container", the latest single to be taken from her forthcoming debut album, Anything Can't Happen which is set for release via Telephone Explosion Records on May 7, 2021. "Container" follows off the back of the album-titled single which earned praise earlier this month from FLOOD, NPR, The Line of Best Fit (Song of the Day), Exclaim and more. You can listen to the new single here.

For over a decade, Paas has played her unique, prismatic style of folk songcraft for audiences across North America, and lent her talents as a guitarist and vocalist to artists including Jennifer Castle, U.S. Girls, and Badge Époque Ensemble. The songs on this album have been a long time coming, transforming through a near-infinite number of forms whilst being performed at house shows and in sold-out venues. All of this makes Anything Can’t Happen feel far more mature and complex than a debut album. It’s a statement of purpose, the next step in a decade-long process of artistic growth and evolution, and a bridge between the DIY style of Paas’s previous cassette releases and a more refined studio sensibility.

Recorded between Hamilton, ON, and Toronto, and mixed by Max Turnbull (Badge Époque Ensemble and U.S. Girls) and Steve Chahley, these songs bring a diverse range of musical influences into the conversation: inflected with the layered reverberations of Grouper, shot through with the piercing harmonies of the Roches, electrified with the searing energy of Sonic Youth. You can hear Neil Young in its surges of grittiness; Joni Mitchell’s Hejira in the album’s lyrics and Fairport Convention in Paas’s voice. The influence of Stevie Wonder – one of Paas’s greatest musical role models – is present too, in the album’s conceptual foundations.

"I think of many of my songs as "love songs about not being in love"," explains Paas of the warm, intimate new single, "Container", whose melody was inspired by Karen Dalton’s “Something on your Mind". “That song has such a home in the main chord,” she continues. "I wanted my song to have a sense of ‘home’ to continually re-center the stream-of-consciousness lyrics that take the listener around the spiral. The chords and vocal melodies wander, but we always return to the warm C chord to move us possibly toward some conclusion, or maybe ground us as we move further into the question."

"I can drift away from it, but I always have to return.” That coming-home is reflected in the lyrics in an unexpected way: “It’s a love song about anxiety and the lifelong relationship that I have with it. Will it ever evaporate, or is it mine forever? And then: Of course, it’s always going to be mine.”

Her music is heavily piano driven with vocals that draw on eleven years of voice training and an impressive mezzo soprano range. Almost as soon as she could speak, Sophia was singing.

At five years old, she began performing for large audiences, and at nine years old she wrote her first song. Now, at just sixteen, she has the uncanny ability to create music that speaks to the experiences that unite us as human beings.

Raw, honest and heartfelt, the listener is invited to share in the sentiment of each song and claim it as their own.Currently working in the studio to bring her songs to life, Sophia is on the cusp of promising future in Canadian music. 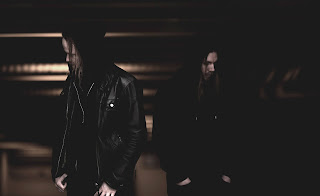 De Arma have released 'Illusions of Love' as the first single taken from their forthcoming album "Strayed in Shadows", which is slated for release on June 25, 2021. The Swedish goth rockers also reveal cover art, tracklist, and further details of their sophomore full-length.

De Arma comment: "We never had any serious intentions to write a ballad, but I guess that many might want to place this song into that box", remarks Andreas Pettersson. "It is simply a song about being delusional about love and the feeling of being in love with something that is actually not there. The longing for something that you wish for, but that will never appear. It is just love. For good or for worse."

Melancholy is a delicate matter. This haunting emotion can in one moment sting unbearably painful yet at other times even deliver a bittersweet pleasure to the afflicted. Yet there can be no doubt that this feeling permeates all of the songs on DE ARMA's sophomore full-length "Strayed in Shadows" in one way or the other. And while the Swedes shift musically in and out and between melancholic metal, gothic rock, shoegaze, and even post-punk, melancholy remains the duo's anchor point.

Although geography is often overrated in the interpretation of music, there is no denying that long winters' darkness high up North seems to have an effect on artists. Frontman Andreas Pettersson hails from Arvisjaur in the historic Swedish province of Lappland and drummer Johan Marklund lives in the the town of Skellefteå, which lies just across the Gulf of Bothnia to the west of the Finnish town of Oulo – home of such renowned brothers in melancholic spirit as SENTENCED and CHARON. The North is leaving a dark mark on its people.

On "Strayed in Shadows" the line-up has undergone a significant change. In the place of FEN and FELLWARDEN mastermind Frank "The Watcher" Allain, who sang on the album debut "Lost, Alien & Forlorn" (2013), guitarist and bass-player Andreas Pettersson, who founded DE ARMA in 2009, took over vocal duties as he already does in STILLA among other bands. This decision was partly caused by the extremely personal nature of his lyrics for "Strayed in Shadows". Those, who have followed the many bands and projects of this very creative Swede might be surprised by his vocal expression in the album, which is supported by the beautiful guest performance of Maria Oja on the tracks 'Illusions of Love' and 'Days Of Judgement' – a constellation inviting comparison with acts such as ANATHEMA and ANTIMATTER.