Talkbøx (est. 2019) consists of producer/beatmaker Dion Peters (Dion Dash), Dana Havrylyuk and guitarist/writer Mitchell Giebels. Both of these guys and girl have their history in music: Dion having the experience working as an electronic music producer and DJ for nearly 10 years and Mitchell being a professional photographer who has worked with some of the greatest musicians to have faced the earth. Dana is currently a student at the Maastricht conservatory in the Netherlands.

The music style of Talkbøx positively resembles the 80s in the western world, and is usually quite happy and cheerful.

Talkbøx about new single People People People: "At the end of June 2020 we started writing People People People. It was on a summer evening where we actually had no intention of writing music. After we had swum that night, we got inspired to create music in the studio. Mitchell had brought his guitar that night just in case, and played some chords to which Dion started whistling. This is how the cheerful flute part in the song originated. We got so enthusiastic about how quickly we came up with this cheerful melody that we wrote the lyrics that same evening.

We didn't do anything with the song for a while until Dana joined, she sang the lyrics. The lyrics are based on personal experiences of depression, which is actually the opposite of the song's cheerfulness. This contradiction can be found in the lyrics as well: wanting to be in the spotlight and going for it all, but feeling depressed at the same time. Being in your own world and running away from reality. Crying for help, but not feeling understood by your loved ones. Enjoying the company of others, but still battling with that contradiction because you'd rather retreat yourself."
TCBYML · Talkbøx - People People People 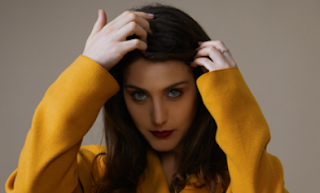 MARBL - It's Always Our O'clock Somewhere.

“I wrote this song right after a breakup. At first I tried not to write, it was too fresh and too painful. After not touching the piano for a few days, I picked up the guitar, which I had only started learning as an instrument three months earlier. The music and the lyrics gushed out of me with such force that I couldn't resist. It was like first aid for my heart. The song is about this feeling of leaving a part of you behind while your common sense doesn't understand the language of the heart and you can't feel relieved because of it. ”- MARBL

The touching video, filmed, staged and edited by Tomer Levi, shows the sunset of love and hope in each subsequent dawn, a metaphor on the same cycle in the sunsets and in the dawn of the heart.

MARBL, who also works as a vocal coach in Tel-Aviv, was able to generate a great media response worldwide with several singles and her last EP "The Flight of the Hawks". 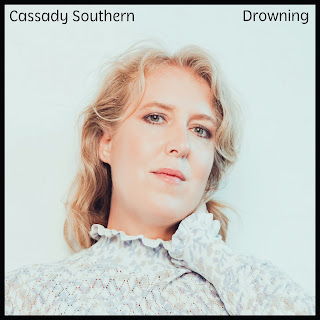 You is an upbeat pop rock song which packs a punch and Drowning is a big searing ballad. Both showcase Cassady’s songwriting ability and draw on her musical influences including the Rolling Stones, the Divinyls and Powderfinger.

With this new material Cassady has once again surrounded herself with excellent musicians, including Peter Austin and Nathan Cunningham on guitar, Craig Orth on bass and John Duffy on drums.

“I’m really happy with these new tracks”, says Cassady. “I spent a bit more time on pre-production this time. In 2020 I studied music production at SAE Creative Media Institute and I was able to apply what I was learning to make some demos and work these up over time”.

“It was great to record with guys who I have been playing with for a while and who are really talented and experienced. It was also a thrill to work with someone of the calibre of Marshall, who was very generous with his time”.

You and Drowning follow two EPs which Cassady has previously released: Don’t ask me in 2012 and Heart in 2016. Both of these releases have been played on radio and earnt positive reviews. 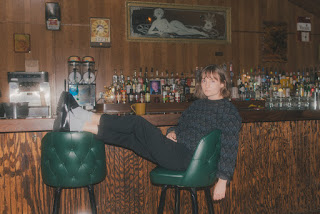 “No Home" comes as the second installment from Tyler's debut album, I Am the Prophet which is out April 23 on Earth Libraries – I feel that this new track demonstrates a new angle to Tyler’s quite stunning songwriting, fusing these magnificent string sections with whispered guitar and introspective textures, it also finds Dozier's voice at its most isolated providing quite a chilling performance.

The record itself is a deeply personal project for Tyler, digging into her conflicting opinions on the Church and her experience growing up within it, attending ministry school in Birmingham, AL, and also the patriarchal restraints that her life was put under via the Church/ex-partner and how these impeded her growth. "No Home" looks in part at this, whilst also paying testament to her father's passing (Dozier left school to go and care for her farther back in Dothan, AL before he passed away) – it's a song about grief, and losing comfort/home, whilst also being about taking ownership and knowing that she made certain decisions to help better her own life (leaving the school also helped allow her to prioritise music).

Each track on the debut record poses a new narrative, arriving as multilayered existential quandaries of empowerment and restriction, of life and death, or of faith and its absence. Songs are littered with poetic imagery and Biblical allusions knotted together with Dozier's frankly quite brilliant songwriting. To me, there are some comparisons to the aforementioned Katy Kirby, but also Julia Jacklin, Mattiel (who Tyler supported on a West Coast tour), etc – her take on this country-psych sound is pretty compelling.