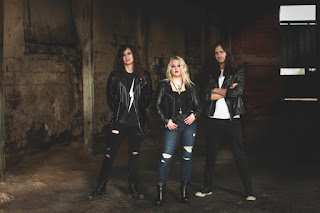 Abby K is back and defining herself to say it is MY time. I am taking control and you will hear me! "Pay Attention" is a rock anthem delivered to the proverbial board of trustees as if to say- "I know what I want, I know what I am doing, NOW listen because I have the rock and I need to roll. Nothing you say or do is taking me off my drive!" Clearly, Abby K is making her statement and it is time for the music insiders to "Pay Attention"!

Without a doubt, Abby K is a strong female-fronted hard rock/metal band continuing to blaze the trail like Lzzy Hale, Lita Ford, and other great female rockers have! '"Pay Attention" is the ultimate “I’m here, now LISTEN” song! It is catchy while also being a hard-hitting rock song that you can’t help but bang your head to. Powerful hooks and shredding guitar solos belong in rock music and we’re bringing them back! We want to show the world that we’re here to stay and we won’t stop until we reach the top. So you’d better pay attention!"'

Abby K is a bassist, vocalist, and songwriter from Charlotte, North Carolina. She picked up the bass at age 13 after being influenced by Gene Simmons at a KISS Concert. Months into her musical journey, she was 1 of 3 bassists in the United States selected to attend GRAMMY Camp in Los Angeles, CA. Abby was soon later invited by the producers of America’s Got Talent to audition for the show. She claims that her proudest moment was when Nita Strauss joined her onstage to perform Iron Maiden’s “The Trooper”. Since then, she has developed her own style of musicianship which is commonly described as the love child of Steve Harris (Iron Maiden) and Lita Ford.

In the spring of 2021, Abby K became an independent artist and announced that Crispy Borell and Diego Vargas will be joining the band as co-lead guitarists. Recently, the new lineup released the title track of their upcoming album, “Pay Attention” as a single. Join Abby and the band on this incredible journey of theirs by following @abbykrocks on all social media. 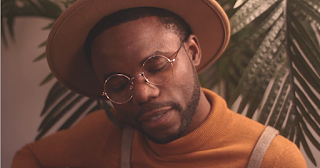 Dr. Fabola is a Manchester based singer/songwriter whose upbeat acoustic pop is laced with rootsy folk,world music and jazz. His intricate finger picking and soft,soulful vocals combine effortlessly into a sweet feel good vibe that has drawn comparisons to Jack Johnson, Tracy Chapman and Nina Simone.

"You could say I wrote my latest single 'No Tomorrow' as a reminder - a note to self - to be kind, to love others, to love myself, to laugh and just live life to the fullest. Does this sound basic? Like "Live, Laugh, Love"?

Well, that's the idea; the good life is meant to be basic, but we over complicate things, and this song is a reminder of just how simple and beautiful life can be. Laugh like there's no one watching, and love like there's no tomorrow."