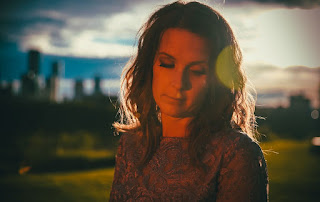 Since releasing her debut album in 2017, Edmonton, Alberta singer/songwriter Andrea Nixon has grown into a powerful voice within the Canadian country music scene, mainly by sticking to her roots while expanding her craft. Her new single “Outskirts'' -- available today on Apple Music and Spotify -- might just be her most accessible work yet without compromising her artistic identity. “Outskirts” follows Andrea’s 2020 single “Blind Spot” as the second preview of her forthcoming full-length album, the provocatively titled Barbed Wire Dreams.

When asked to describe the message behind “Outskirts,” Andrea says, “This song explores the distance between two people, set against the backdrop of broken down love and the chill left behind.” Indeed, this is a timely topic in our socially distanced reality as our connections have been all challenged by our extended absence from those we love.

When it comes to songwriting, Andrea has never been one to fall back on clichés. Instead, she weaves stories with universal themes into the music, leaving the listener feeling both understood and represented. Andrea captures this brilliantly on “Outskirts,” aided by award-winning tunesmith Robyn Dell’Unto (The Good Lovelies’ “I See Gold”) as part of Canada’s Music Incubator (CMI)’s Artist Entrepreneurship program at the National Music Centre. 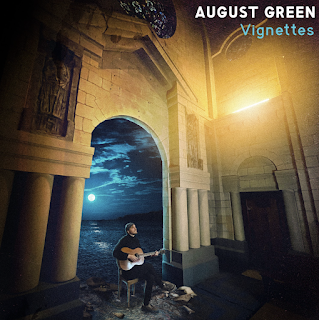 Stockholm native and indie folk singer/songwriter, August Green, had a clear vision of himself as a songwriter for other artists until he, in the middle of what he describes as ”a typical early 20s life crisis”, asked himself the question: ”What do I actually want to do?”.

The answer was to pursue a career as a solo artist and led to him rekindling a spark in his lifelong friendship with music and the joy of making it. He began crafting his sound taking inspiration from his musical background, but also from other artists he admires, such as Bon Iver, Simon & Garfunkel, and Joni Mitchell.

He released several singles in 2016 and his efforts began paying off when his song, “Pictures”, amassed over 200k streams on Spotify after being featured in popular YouTuber AlexRainbird's Indie/Pop/Folk compilation, which has over 1.7 million views on YouTube.

August Green is now living in the Netherlands and has spent two years writing, producing, and exploring the acoustics of his church studio, figuring out how to incorporate even more of himself and his background of singing and studying choir music into his own work. Vignettes is deeply influenced by his recording space and life experiences, featuring atmospheric instrumentals, light, airy vocals, and gentle acoustic guitar. 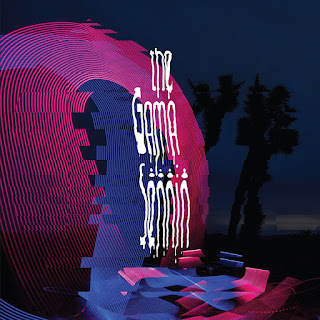 The Gama Sennin - I Kill You.

Presented in three movements inspired in part by Brian DePalma’s 1974 classic Phantom of the Paradise and Nietzsche’s Beyond Good and Evil, The Gama Sennin offers an elaborate 10-song suite of exceptional psychedelic adventurism.

The Gama Sennin · I Kill You