Gillian Stone is a Toronto-based multi-instrumentalist whose work has been described as “a mix of Black Mountain, PJ Harvey and Weyes Blood” (PhotogMusic). Her songwriting draws from post-rock, art-rock, folk, minimalism, and ambience. Born and raised on Vancouver Island with Icelandic heritage, Stone channels the influence of outer landscapes in her inner lyrical worlds and soundscapes. Her music is often the product of processing her darkest emotions, particularly those related to shame, depression, addiction, self-doubt, and loss. She juxtaposes these themes with textures that range from tender to explosive in order to produce a singular sonic environment.

Stone’s debut release, “Bridges,” was described as “a dark and beautiful song; a song of many textures” (Monolith Cocktail) and “achingly vulnerable” (The Joy of Violent Movement). Her new single, “Shelf,” co-produced with experimental cellist Michael Peter Olsen (Arcade Fire, Haim, The Hidden Cameras), is a droning lullaby that explores feelings of alienation and dissociation after a trauma. The video for “Shelf” is Stone’s directorial debut, filmed in collaboration with Toronto filmmaker John M. Hall.

Stone holds a BFA in Jazz Studies from Vancouver Island University and an MA in Ethnomusicology from the University of Toronto. Her vocals and playing have been featured on projects by Alli Sunshine (FORCES), The Fern Tips (Beams, Ace of Wands), Völur (Blood Ceremony), and Althea Thauberger. She has performed in several notable festivals, including NXNE, Canadian Music Week, Open Ears Festival, In the Soil Arts Festival, and the Victoria International Jazz Festival. 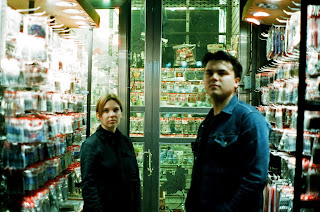 Breezy Canadian folk-rock duo Robinson Kirby are off to “Find A Way” when it comes to lost affections in this, their heartwarming love-quest of a new single and video. Freshly pressed from their 2021 seven-track album offering, Little Dreams, the rhythm section of “Find A Way” instills a sense of beautiful calm, reminiscent of a gentle stream while the satiny vocal tones send the listener floating through the song with a feeling of warming assurance.

The song features a graceful, echoey twang of the electric guitar, and its solo, along with the slide of the lap steel, tie the instrumentation together seamlessly. These elements combined create a serene audible flow that contrasts the turbulence surrounding the song’s theme based on the uncertainty of lasting love. Love may be blind, but we can always find our way through. These sentiments are suggested by the lyrics: ‘I don’t look at you the same, since we played the losing game, but I will try and find my way.’

With that in mind, “Find A Way” is a song about revelation, and what we uncover both about ourselves as well as our loved ones during times of uncertainty amidst emotional strife. The overall message is relatable, as those who have felt love dwindle in the past have oftentimes found themselves questioning who they are, what they could’ve done differently and, perhaps, making peace with the circumstance by accepting that their counterparts' hearts may no longer be aligned with mutual perception of love.

‘Lay me down beside what happened here, wasn’t my love bigger than your fear,’ brings about the suggestion that it may come time for one to accept that, despite their best efforts, the love given may not always be the saving grace we’d like it to be. When it comes to the single, as well as the Toronto-based band’s Little Dreams EP, Robinson Kirby describes the songs therein by saying, “They reflect a time of growth and change in our lives. Conceptually, the songs are about love, searching for connection, and finding your place in the world.”

The Little Dreams EP, which hosts the lead single, was written between studying at the Berklee College of Music in Boston and while living in Los Angeles. They cite their musical influence as being the spirit of singer-songwriters from the genre’s heyday in the 70s, but with a fresh, modern approach. Robinson Kirby consists of lead singer-songwriters, Luke Robinson (vocals, guitar, percussion) and Madelyn Kirby (vocal, guitar), as well as Jonathan Elyashiv (bass) and Ross Hodgkinson (drums, percussion). “Find A Way” is backed by the talents of Paul Phelan (lap steel) and Harrison Lenz (backing vocals). 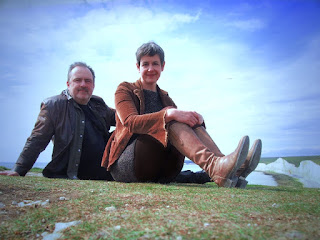 The Catenary Wires - The Overview Effect.

The new single "The Overview Effect" off the upcoming Catenary Wires album 'Birling Gap' has been released. I would try to string together some sentences to help sell this track/album/band, but I mean it's Rob & Amelia of Heavenly / Talulah Gosh / Swansea Sound / the list goes on. This single, this album, this band is pretty much indiepop essential listening. Indie pop comes of age.

The Catenary Wires feature Amelia Fletcher and Rob Pursey, once of Heavenly and Talulah Gosh. These early bands, once denigrated for being ‘fey’ or ’twee’: the wrong kind of female, have been re-evaluated in recent years. Their songs, apparently sweet and fizzy, were always smarter and darker than they seemed, while the band were radically independent, and an influential part of the movement that became riot grrrl.

In the Catenary Wires, Amelia and Rob are still in love with making pop songs with complex messages. This, their third, album is full of melody, and rich with backing vocal harmonies – but now the tunes are vehicles for startlingly honest adult concerns: the fractured relationships, anxieties, passions and politics of people who live on an island that’s turning in on itself. The Catenary Wires know that pop music is just as good at conveying dark, difficult emotions as it is at celebrating teenage love. The Go-Betweens and XTC proved that, and this record has comparable ambitions.

Birling Gap is a significant place. On the South Coast of England, it’s where steep chalk cliffs resist the rough seas of the English Channel. It’s where iconic images of England are created and re-created. A landscape beloved of patriots – the sturdy white cliffs standing proud and strong against the waves. It’s also a place where people, despondent and doomed, have thrown themselves off the cliffs. It’s where The Cure shot the Just Like Heaven video. It’s where romantic lovers go for passionate storm-tossed assignations. It’s where Shakespeare sent King Lear, blind and abandoned, hell-bent on self-destruction. 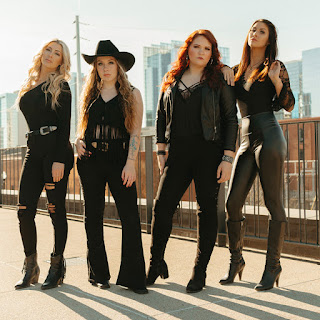 Female country supergroup the Highway Women have released the music video for their song "Dead Man Walking." A ginger, a brunette and a couple of blondes walk into a dilapidated backwoods barn. They just rolled up to the scene in a black Camaro, prepared to wreak vengeance upon an all-too-cliche cheater. With no signs of remorse, the Highway Women break away from their goody-two-shoes persona to ensure this unfaithful lover gets his just desserts.

Just like the single, the “Dead Man Walking” music video projects serious attitude, showcasing a previously unseen, rebellious, headstrong side of the band. Armed with a container of gasoline and flaming matches, Drew, Kristen, Jess and Bailey came dressed to kill. Their symbolically dark attire tells listeners that they mean business.

If the fuel dripping from the man's face didn’t make his gruesome fate clear enough, the video’s final scene certainly eliminates any doubt. It follows the Highway Women as they strut away from the building, which has been completely engulfed by flames. As this performance proves, these ladies have the capacity to set the country music world afire in much the same way. The track features rocker Erin Coburn (Guitar). Erin is a member of The Be a Highway Woman Collaborative launched by The Highway Women in 2020. 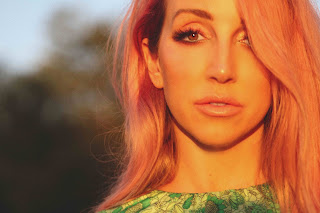 The GRAMMY-nominated Nashville star Ashley Monroe released the official video for "Groove," the third song to be taken from her fifth studio album Rosegold out April 30 via Mountainrose Sparrow/Thirty Tigers. The new song follows the release of "'Til It Breaks" and "Drive."

"This one is the one I could listen to over and over," explains Monroe. "When Aaron Raitiere, Mikey Reaves and I wrote this, we knew it was cool. But I was hell bent on getting so many grooves in there that it was almost like a duet with me and the instruments. I had Chris Powell, Brian Allen and Zach Casebolt come in to give it so much groove, that no one could resist moving when they heard it. They slayed! I wrote this to all who like how they groove, and a tad to Nashville in the second verse. It is the 'don’t act like you don’t see me vibes.'"

Written and recorded over the past two years, Rosegold finds Monroe pushing her sound in bold new directions, layering lush vocal harmonies atop dreamy, synthesized soundscapes and sensual, intoxicating beats. Rather than make demos of songs that appear on Rosegold, Monroe tracked and co-produced the album a-song-at-a-time, bringing ideas into writing sessions and inviting her collaborators — Nathan Chapman (Taylor Swift, Lady A), Mikey Reaves (Maren Morris, Needtobreathe), Jake Mitchell (Ashley McBryde, Luke Bryan), Jordan Reynolds (Maddie & Tae, Dan + Shay), Ben West (Maddie & Tae, Lady A), and longtime producer/co-writer Tyler Cain (who co-wrote "Has Anybody Ever Told You" with Ashley) — to help build and produce full tracks in the studio. The record was mixed by engineer Gena Johnson (John Prine, Jason Isbell), who worked with Monroe to help make the disparate styles and production on the album cohere into a powerful, moving work.