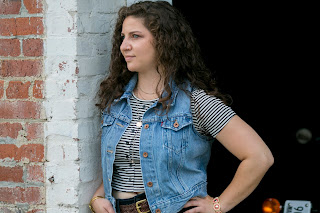 With a musical style that pays homage to the spirit of the late, great Etta James (according to the site Rock at Night), Layla Frankel moved to Nashville in 2017 when she was fresh off a cross-country tour.

Her new EP Postcard From the Moon includes the single “You Can't Love Me Like I Loved You,” which was selected as a finalist in the John Lennon Songwriting Contest.

Postcard From the Moon was recorded at Startstruck Studios in Nashville, produced and mixed by Jim Kimball (who has toured and recorded with an extensive roster of artists that includes Reba McEntire, Faith Hill, Tim McGraw, and Justin Timberlake), engineered by Todd Tidwell and the executive producer was Mary Johnson. The EP also features some of Nashville's top session players. 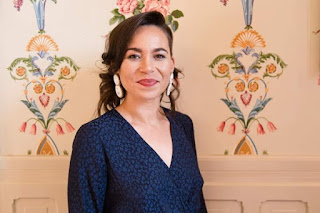 The next video in Folk Alliance's Artists In (Their) Residences series is fromNorth Carolina songwriter Charly Lowry and Australia's the Heart Collectors. Each of the ten is a pairing between a US and global artist collaborating on music to reflect on the world during the pandemic and shines a light on Folk Alliance's COVID relief Village Fund: (HERE). Lowry is a singer-songwriter from Pembroke, NC with roots in the Union Chapel Community. Charly received a Bachelor of Arts in Communication Studies from UNC Chapel-Hill. Upon graduation, Lowry moved full-steam ahead in pursuit of a career as a professional musician.

For over a decade, Charly has attained regional and national success as both a solo artist and lead singer of alternative rock/ soul/ folk band, Dark Water Rising. In addition to performing with Dark Water Rising and The Ulali Project, she often shares the stage with funk/soul band, “The New Mastersounds”. In 2004, Charly had the opportunity to compete on the wildly popular television show, American Idol. She ventured through several rounds of auditions to make it to the Top 32.

Charly enjoys performing, meeting people, and educating others on the Native American experience. Charly served as a Lumbee Ambassador for the Lumbee people in 1997-98; traveling throughout the country to visit Tribal Nations while attending various conferences, powwows, etc. Her reign as Jr. Miss Lumbee was the catalyst that awakened her spirit to an inherent calling as a “Culture Bearer”. Lowry continues to work on her craft; immersing herself in the culture of American music and expanding her listening ear to various genres, all the while composing songs that give a personal account of her experience as an Indigenous woman walking in two worlds. 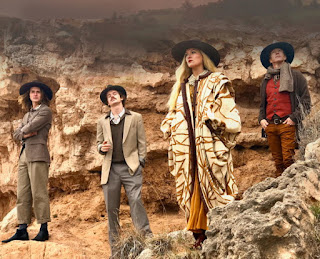 Of the Heart Collectors, John T Davis, author of ‘Austin City Limits: ’25 Years Of American Music, said, “Imagine Fleetwood Mac with more of an organic, Celtic-inflected lilt of vocals and melody and you have a rough idea of why Australia’s Heart Collectors are so instantly appealing. There is a vibrant and timeless allure to their music that is resistant to the fashion of the moment, and all the more enduring because of it. Kymrie’s voice is the stuff angel’s wings are made of.”

With the sentimentality of 70’s inspired harmonies, the Australian four piece ‘Epic Folk’ band has graced stages around the world, accomplishing three international tours and releasing four studio albums. Picked as one of the ‘Top Bands To See’ at SXSW (The Austin Statesman), this independent group have found creative ways of staying connected throughout the 2020 lockdowns and the cancellation of their USA and UK tours. The Hearts released their latest album Time To Say I Love You (2020) one single a fortnight, featured on Spotify with The Guardians “Australian Music for Isolated Times” and Sounds Australia’s “Sounds Australia Selects” playlists. In September 2020, The Hearts were selected to be 1 of 12 Australian artists for the Premier Event Global Music Match – a world wide initiative to connect musicians and industry in the face of COVID-19 restrictions.

The Heart Collectors have momentum in 2021, joining Folk Alliance International for ‘Folk Unlocked’ Private Showcases, ‘ISOL-AID Unlocked’, and the ‘Artists In (Their) Residence’ programme. Now as possibilities are opening for touring in Australia again, The Hearts embarked on a Statewide tour of Tasmania this January/February to Sold Out audiences. With soaring cello, intricate guitar, sparkling mandolin, boot banging banjo, passionate strikes of a tambourine and the thundering of the bodhran, these four charismatic performers create real musical synergy, marrying progressive folk/rock sensibilities and clean classical precision. 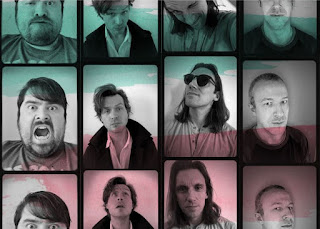 Having slimmed down from a 6-piece funk-factory to a 4-piece combo, Late TV have set about shifting their focus onto razor-sharp song-writing, atmospheric storytelling and tight shimmering grooves. The result of this attention to detail is in full force on the mooching urban fairytale Night Tennis.

Taking musical cues from Ken Nordine’s legendary ‘Word Jazz’, Cypress Hill’s soundtrack to late 90s shoot-em-up ‘Kingpin’ and the noir low-rock of Morphine, the band take disparate influences and seamlessly wrap them up into a concise 3.33 song. The track was recorded and produced by the band in London and mixed by Ed Longo (Ed Longo and Applied Arts Ensemble) at his Soundrays Studio in Berlin.

In the song, ‘Steve’ a lonesome everyman is seeking romance as he embarks on a date which gradually unravels revealing more about the trials and tribulations of his companion, rather than a moonlit walk back to hers for a nightcap. Considering the convention that love can be a game, Night Tennis rallies between two struggles, one man’s lascivious desires and one woman's ongoing battle to negotiate the cultural minefield of life in the big city.

Lyricist and Vocalist Luke J Novak explains: “I wanted to capture the electric moments of social interaction, the beats in a conversation where perceptions shift. Here we have a man who comes looking for one thing, but leaves with another; an insight into another’s perspective on the world that they both inhabit. The band laid down that bouncing groove and it was the perfect setting for the scene”.

Culling influences from jazz cats and art rockers, B-movies and trash television via Lynch and Tarentino, Late TV are the moonlighting house band for a surreal all-night dream club nestled amidst the cultural detritus of television’s after hours. Guitarist and vocalist Luke J Novak and drummer Richard ‘Beu’ Bowman left their hometown of Kidderminster and hooked-up with Chicago’s jazz obsessed Ryan Szanyi on bass and Parisian keyboard maestro Martin Coxall in London. Kick-started with the release of their brilliant Citizen single, the group then appeared at Standon Calling Festival in 2018 alongside Goldfrapp and spiritual forefather Bryan Ferry. Night Tennis is the first single to be taken from the band’s forthcoming debut album, where the group explore the postmodern wastelands of pop as high-brow/low-brow mutant junk dwellers, collecting the shards of our fragmented culture and building something both irresistibly dangerous and dangerously irresistible. 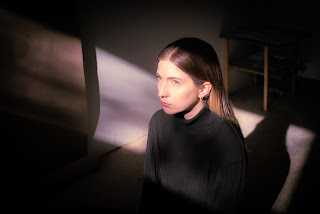 Ellis - What if love isn't enough.

In April, Ellis announced her latest EP nothing is sacred anymore which is set for release on June 25th. Announced with the single "Hospital," the EP is the first new music from Ellis (the alias of Hamilton, Ontario musician Linnea Siggelkow) since the release of her debut LP Born Again, which arrived right as the pandemic began on April 3rd of 2020 and followed her breakout first EP The Fuzz.

Like The Fuzz, her upcoming EP sees Ellis working as her own producer again, this time alongside Charlie Spencer (of the band Dizzy), and it is perhaps her most emotionally intimate work to date, a quality that is foregrounded on the EP's latest single "what if love isn't enough."

"I mean, this is a question I’ve asked myself a bunch, usually when I’m being a little bit dramatic which happens to be often," Siggelkow explains. "But I’ve also seen relationships fizzle out even when two people seem to really love each other. We place so much emphasis on love but I guess I just wonder about all the other stuff needed to make it last forever. I’m a hopeless romantic at heart but sometimes I’m just hopeless."