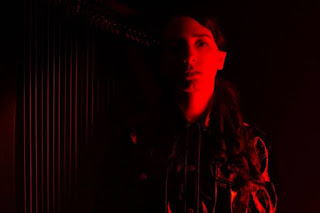 One year after the release of her debut album DAZED, the young Italian-Swiss harpist and composer Kety Fusco gives us a very personal version of the famous song "Gnossienne N.1" by Erik Satie. In this modern reinterpretation, which Kety has entitled "Ma Gnossienne", the harp is used in an unconventional way to generate sounds that have nothing to do with its classical timbre.

The entire sound system is set up with sounds of vinyl scratched on metal strings, objects struck on the soundboard of the pre-sampled classical harp, and analogue effects manipulated live.

Switzerland-based Kety Fusco has embarked on a unique harp sound research. She works with Delta Electric Harps from Salvi Harps, who have taken Kety on as their official Ambassador.

Her exploration of harp and effects technology began successfully with the debut of her album DAZED, described by Swiss critics as "a white fly". Kety Fusco has over 80 concerts throughout Europe, and she is working on the first world's sound library of non-traditional harp sounds. 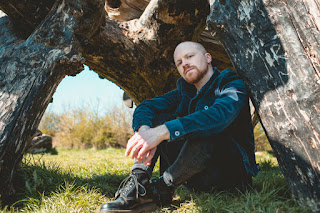 Background from Bill Fever: I self-released my debut EP "Money Goes To Bloody Money" this month (May) through Bandcamp & CD Baby.

Over the past couple of weeks, tracks from the EP have had national airplay on Tom Robinson's BBC 6 Music Introducing Mixtape (his tip of the week), local radio play on BBC Radio Northampton, NE & CWR and featured on the most recent New Music Saturday Podcast.

To put things mildly, I've been frustrated with the political situation in the UK and these songs tackle those feelings. Having relocated from London to Kettering, my ambitions to form a new band in 2020 were put on hold by the pandemic. Deciding to carry on writing solo, I self-produced and recorded my debut 4-Track EP “Money Goes To Bloody Money” in my attic and shed in Northamptonshire. I sing and play all instruments except drums, bringing in talented session drummer Joe Montague. 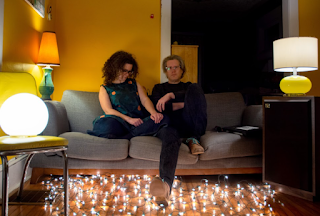 “This song is about how we can have great ideals and big plans for who we think we are, who we want to be, and how we'll change the world—but the daily grind of going to work and paying the bills gets in the way,” said Smaller Hearts' Kristina Parlee (she/her) and Ron Bates (he/him). “The mean routine is the pattern of not getting to do the things we really want to do.”

“We drew a picture of the world we hoped to see / Held it close to heart in hopes that it would come to be,” sings Parlee, on this pining synthpop song. “And plans keep interrupting our plans.”

“‘Mean Routine’ comes back to 2020 being a big interrupted year,” Parlee and Bates said. “And being interrupted by something big that you couldn't control, you start to think about the smaller ways life pushes you away from the things you want to pursue, and how we should push back and just try to do them. After a year that kept us from our friends and our interests and our plans, ‘Mean Routine’ encourages us to try to seize the moment as we emerge into the possibility of something new."

The duo previously shared single “Double Space,” which tempers Smaller Hearts’ 1980s electro pop slant with an effective minimalism.  Releasing July 23, Attention is the band's third full-length and builds on their exploration of synth-pop sounds that both diverge and draw inspiration from the indie rock focus of their other projects (including Orange Glass, The Memories Attack, Shoulder Season & the Maynards). 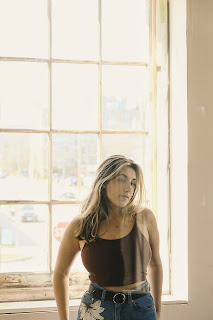 Abby J Hall is a Canadian singer/songwriter from Burlington Ontario. Some of her musical influencers are: T-Swift, Julia Michaels, Alec Benjamin and Maggie Rogers. She started songwriting when she was 11 and has been passionate about it ever since.

Her go-to instruments are the guitar, keys and ukulele. Memorable music moments include: playing her originals at The Sound of Music Festival in Burlington; at Canada’s Largest Ribfest; for the Live and Local Music Series at the Burlington Performing Arts Centre and at Canadian Music Week.

She has been in the studio over the past year and is excited to be releasing new music over the next couple months. Everyone has a story to tell. Abby loves nothing more than to write some of those stories down and put them to music.