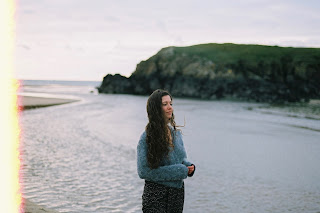 'Wave Upon Wave', the latest single by North Wales singer / songwriter Eve Goodman is an exploration of the healing power of the sea. Its lilting, rolling melody is one part ‘Bryter Layter’ Nick Drake, early 70s golden period Sandy Denny and the other Eve’s captivating and unflinching musical honesty. 'Wave Upon Wave'’s emotive heart balances the songs questioning yearning with the need for comfort …… the comfort of being carried along the waves towards an awaiting shore.

Eve explains the origin of the song: "I wrote the vocal parts in one sitting, and never changed them. In fact, the entire vocal recording is the original demo that I created when trying out ideas late one night. I started off with the simple lilting melody of 'wave upon wave upon wave', and loved the way the structure of this sentence means it could go on infinitely. This idea of infinity sparked the next line, 'day upon day upon day'. The sea is vast, infinite, timeless.The song grew from there really, like a wave rolling towards the shore, building strength and power and beauty.” The single was recorded and mixed by Luke Evans at Somewhere Studio and mastered by Katie Tavini.

About the Song: "I wrote the vocal parts in one sitting, and never changed them. In fact, the entire vocal recording is the original demo that I created when trying out ideas late one night. I started off with the simple lilting melody of 'wave upon wave upon wave', and loved the way the structure of this sentence means it could go on infinitely. This idea of infinity sparked the next line, 'day upon day upon day'. The sea is vast, infinite, timeless. The song grew from there really, like a wave rolling towards the shore, building strength and power and beauty.I particularly love the autoharp.

The sounds of the strings as they are played sound like the gentle pull and creaks of the mast, and it feels like you're on a boat. Luke did a beautiful job of building a soundscape for the vocals to float on." 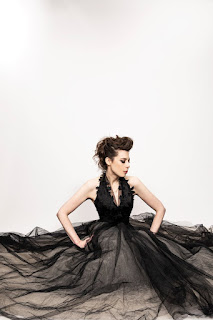 Indie Rock/Pop songstress Louise Aubrie has announced the release of her 5th studio album 'Antonio', due October 15, 2021 on all platforms. 'Antonio' is a truly transatlantic affair; written in New York, recorded in London, and mixed and mastered in Los Angeles.

Louise Aubrie elaborates on the new album's unique inspiration: The title is inspired by a line from the Jacques Brel song 'La Chanson De Jacky': "Même si on m'appelle Antonio" - "My name would be Antonio". It's a brilliant fantastical song about fame being fleeting, and imagining how life might be in the future: being washed up, reflecting on the glory days!! Marc Almond did a brilliant cover of it - one of my favourite songs - and I created a vision of who Antonio might be: an aging European lothario going round the clubs.  A lot of the songs were inspired by that image - I don't know anyone called Antonio in the real world!

Musically, 'Antonio' finds Louise Aubrie in her sleekest form, pumping out hooky, melodic tracks, and cutting straight to the point. No doubt, her kinetic sound is born of a deep connection to the city; Louise splits her time equally between her hometown of London and her adopted town of New York City. The striking cover artwork is an homage to The Pet Shop Boys 'Actually' album cover. 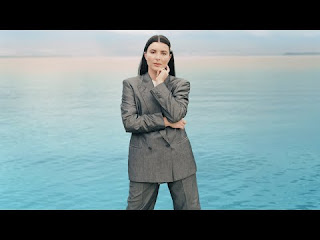 Georgia Lines - Call Me By My Name.

The hypnotic piano driven ballad showcases Lines’ exquisite vocals and emphasizes why she is one of the most mesmerizing voices in the country right now. Written at the end of lockdown in 2020, Tauranga-based Lines teamed up with acclaimed writer and producer Djeisan Suskov (LEISURE, Benee, Paige) to create the understated, yet powerful "Call Me By My Name."

The single is accompanied by a music video that is best described as a visual piece of art and features the directorial debut of Georgia Lines herself. “I loved being a part of the directing process in this video. My inner bossy 12-year-old self came to the surface in the director’s chair.

The song explores human relationships and the challenges we all feel as humans. “It’s about the tension that is felt in every relationship whereas individuals we want to be seen, understood and valued for who we are,” says Lines. “... But knowing that compromise, sacrifice and a willingness to learn and grow is necessary to love another human. “I am so incredibly proud of this one,” Lines continues. “Djeisan [Suskov] is such an incredible writer and producer, and it has been such a privilege working together on ‘Call Me By My Name’.

‘Call Me By My Name’ continues a stellar 2021 for Georgia Lines. The recently released ‘No One Knows’ achieved top 100 radio airplay and saw performances across a range of media outlets in Aotearoa. Lines also embarked on a co-headline tour with LAIIKA and was one of the performers at TUAWAHINE alongside Anika Moa, Annie Crummer, Paige and Tami Neilson. Georgia Lines is a star on the rise with an exquisite voice that promises even more to come. Watch this space! 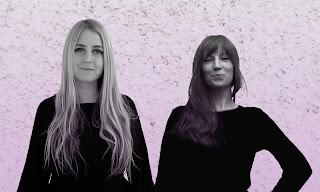 Wyndow - Pulling On a String.

Following the success of their first two singles ‘Take My Picture’ and ‘Two Strong Legs’ Wyndow (Laura J Martin and Lavinia Blackwall) return with their eponymous debut album.  The project was ignited by a love of Robert Wyatt and an off-hand idea of collaborating on a version of his song ‘Free Will and Testament’. In a time of weird interludes, the self-examination of the song’s lyrics opened the pathway to themes examined throughout the record, that of being and wanting and the battle between knowledge and knowing. Who am I and do I see myself the way others see me?

What follows is an exploration of the uncertain and the impermanent.  According to Martin, they are “tunes for whacked out worriers lifting weights in the worry gym,” where “feeling uneasy never felt so easy." Reflections flit between two pendulums as each wrote and recorded remotely and exchanged these dog-eared musical postcards to see each others’ responses.  Eschewing the “band in a room” aesthetic out of geographical necessity they focussed on maximising the sonic palette of each song, doing exactly what each piece demanded without thinking about who had to play each instrument.

The songs on Wyndow exist in the space between waking and sleeping, hazy tales that unfurl and engulf the listener in a slightly uncanny sense of familiarity. New single ‘Pulling On A String’ is based on the feeling of walking familiar routes and wishing they took you elsewhere, the duality of holding on to the familiar yet pulling yourself nearer to the beyond and the unknown.