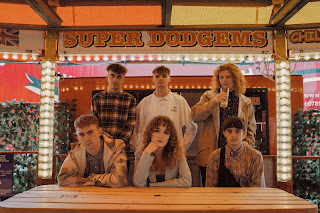 Parliamo - Life On The TV.

Perth, Scotland based 6-piece Parliamo (pronounced Par-Lee-Ammo) have just released a new single "Life On The TV", the second track to be lifted from upcoming EP 'The Parliamo Manifesto', due for release later this year via Modern Sky (The Coral, The Lathums, Abbie Ozard).

Intertwining playful references to Dennis The Menace and The Simpsons' Ralph Wiggum, "Life On The TV" details the youthful anxieties that arise after a heavy night out. Utilising an inspired blend of soaring vocal harmonies, obscure electronic samples and rousing indie-rock instrumentation, Parliamo's new single makes for a truly unique and compelling experience.

Speaking on the release of "Life On The TV", the band said: "It's a song about the crippling fear, something which most people can relate to, that feeling of hopelessness and embarrassment after a night out, as you sit in front of the TV and wither away - with overthinking, Lucozade and Kevin McLoud your only companions."

With a heady live-reputation preceding them, Parliamo have already been hailed as one of Scotland’s most exciting young prospects. Drawing from a plethora of influences from Groove Armada, The Avalanches and Massive Attack to Super Furry Animals, The Beta Band and Primal Scream – their witty social commentary–styled lyricism partnered with a distinctive songwriting approach suggest a band working beyond their years.

Backed by radio in the UK (BBC 6Music, Radio Scotland, Radio X) and in the US (via KEXP), their self-proclaimed brand of ‘underground pop’ is already turning a lot of heads. Citing influence from the likes of John Cooper-Clarke and Mike Skinner through to The Beautiful South and Fatboy Slim,  Parliamo are a true breath of fresh air, and without doubt ones to watch in 2021. 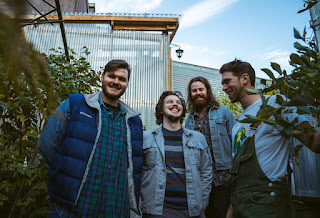 Their blend of Canadiana and Folk Rock offers a soundbite for every generation of the family to enjoy.

Sometimes in life, you may feel like things are taking longer than expected. The Toronto band's new single, “Long Way Around" assures us that it’s okay to take the scenic route - it’s all part of the journey. 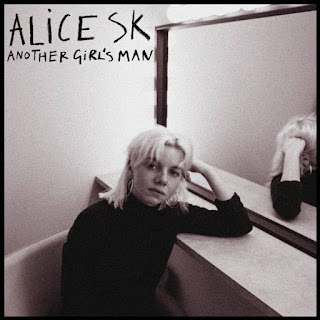 Alice SK's debut single, “Another Girl's Man”, is a track that blends Folk with Indie to tell an age-old tale of love turning sour. Her haunting, soulful voice sounds classic yet modern through the influence of cultural icons, such as Ella Fitzgerald & Joni Mitchell, and present-day acts, like The Strokes, to create something fresh.

The song, produced by Muca (Los Bitchos, L.A. Salami) is taken from Alice SK’s forthcoming EP, “Electric”, which will be out in late 2021. On the collaboration, Alice SK said:

“I’ve been writing for years and it never really crossed my mind to get involved with others on the writing side of things; but when I heard a few of Muca’s other projects and his ideas for the demos that I showed him, I thought it could be a great combination of our two sounds and I’m hoping that that comes across in the tracks too.”

“Another Girl’s Man” is the stream of thoughts of a woman who has been scorned. Meant to reflect how one can turn ‘crazy in love’ and that love then quickly turns to an infatuation, as the song goes on and the woman subject gets more wound up and obsessive in her thoughts to the point where she becomes self-destructive. The track is essentially about romance that can go from sweet to sour in a flash. 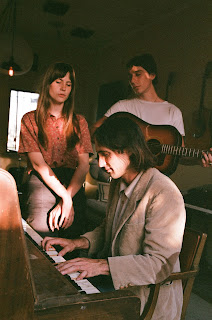 Sylvie are sharing news of their self-titled debut EP, along with the title track. The latest project from Ben Schwab (Golden Daze, Drugdealer), the EP is inspired by Schwab's father's old cassette tapes, lost jewels from a recent past, and the tracing of a musical lineage. it is out via Terrible Records on October 1st.

Schwab explains, “This is the cover song from the EP and one of the main sources of inspiration for the project. When I heard “Sylvie” (originally written by Iain Matthews), I was so taken back by the emotionality and softness; there was also something mystical and ethereal about it. It had the perfect open sound to me- the type of song I would hear and get just enough information from while still being able to project my own emotions and interpretation onto it. I think the fact that it was also so unknown made it that much more appealing."

"Me and Mike Collins (Drugdealer) started to call these types of songs that slipped through the cracks from that era "Sylvieʼs”, and that sort of started this whole idea for me. There is a musical lineage that I wanted to tap into and carry on so I named the project “Sylvie” after this song. I played most of the instrumentation on this one, with the help of a few friends and it was sung by my really good friend/collaborator Sam Burton, who is one of the singers in Sylvie.”