Still reeling from the gut-punch of the distortion filled lead single “Vale” released earlier this year, many of us wondered what a full-length LP by the Denver based artist would sound like. Using the dystopian fever-dream of the aforementioned Midwife collaboration as a noise floor, the 8 songs on Tender spiral upwards like worried smoke against a low cloud ceiling, reaching towards the light but always within sight of the loamy earth surface. Shepherding lush, heavy compositions by way of synths, keys, guitars and subtle percussion, Tender finds Allison Lorenzen at her most vulnerable. Nursing old wounds from the end of a relationship and her musical project School Dance, Tender is also filled a renewed sense of heartbreak-made-triumphant that comes after the wisdom of solitude, allowing oneself to be taken care of by family and friends and, finally, documenting the way through.

The way through figures heavily on Tender. Imagery of passages through liminal spaces are replete. “Vales” occur as emotional valleys as well as McCarthy-inspired end times, “Mirrors” are portals into deep self-reflection, “Tentacles” keep pulling us back into old patterns, old memories. Musically, this non-linear approach to healing is explored through songs that move from light to dark and back again, often within the same song, if not within the same phrase.

Lorenzen’s voice has an uncanny choral quality to it. Taking a phrase that would have sounded quite beautiful sung straight in her smoky, ephemeral delivery, Lorenzen frequently raises the stakes by taking a single word through several octave changes within the same breath. Treading similar musical paths to Beach House in her penchant for writing quiet, world-shifting crescendos, the nocturnal, Styx-guiding Dream Pop of Julee Cruise and the heavy, distortion filled guitars and world-weary vocals of Miserable and frequent Tender collaborator Midwife, Lorenzen’s work comes alive in its own cinematic universe.

Recorded in Colorado, Tender is Allison Lorenzen’s debut full length. Originally intended to come out this summer, an unprecedented supply chain disruption has caused the album’s release date to be moved back to November 2021. Whited Sepulchre Records will be releasing a new single every month prior to the album’s release date. 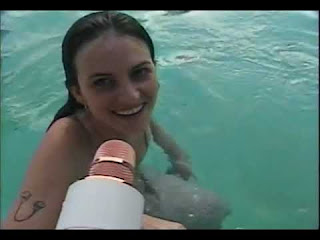 Quote from Alyssa: “Mechanical Sweetness” is a song about my immense frustration with the way we form human (and more specifically, romantic) connections nowadays. Social media and dating apps have turned human interaction into a painful game. These digital ways of communication have caused me so much stress, and my attempts at forging relationships through them have been short-lived and veiled with thin layers of politeness.

When the charade between two people who don’t really know each other finally ends, these relationships can be exposed for what they frequently are: unbalanced, unhealthy, and lacking compassion. Sonically, this song mirrors my experiences with largely digital relationships. In the beginning, there are quiet moments of sparse communication where anxiety runs high, eventually leading to an outburst of emotion followed by a period of insecurity and self-questioning. 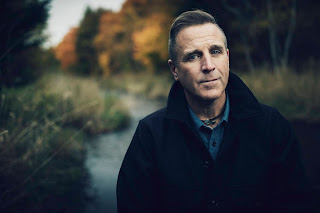 What does it mean to be a “Shantyman”? Much less know what he may do with his time? His life? Leave it to Canadian Celtic folk-rocker Séan McCann to spin the yarn that’ll provide all the answers in this, his new single available now!

Depending upon which side of the Atlantic your ancestors come from, a “Shantyman” is either a simple sailor, or a lumberjack, who leads his fellow labourers in song. Listen to Newfoundland’s McCann, and his new acoustic fable of the same name, and find yourself as both lost in the woods or at sea with an album chock full of anecdotes, and spirited arrangements.

A musician by birth, a professional songwriter since the 80s, McCann has become a tour de force in Canada’s rich musical landscape and history — not only as a solo artist, but also as a former bandmate of world-renowned and beloved folk rock band Great Big Sea, a group he co-founded and performed with until his exit in 2013.

Over his incredible career, McCann has dropped five successful solo albums, each touching on subjects ranging from life in his home-country to tackling cultural moments like the infamous Fort McMurray, Alberta, wildfires (2016) in which he partnered with the Canadian Red Cross. In conjunction with his philanthropy work, McCann also went on to organize a songwriters benefit in 2017 in support of veterans suffering with PTSD and addiction, enlisting his fellow musician friends, Joel Plaskett, Sarah Harmer and Jeremy Fisher. McCann’s good deeds would not go unnoticed – the musician earned the Order of Canada for his advocacy in 2020.

Coming to terms with the hauntings of his past, which ultimately resulted in a spiralling battle with alcohol addiction, coming clean and owning his truth has been paramount to who he’s become as a husband, a father, a musician, and a human. Armed with the strength and support of his wife, Andrea Aragon, McCann co-penned his first book One Good Reason (April, 2020). “It’s the story of how love saved their marriage, and music saved his life. It is the story of a man freed from the weight of a lie; a man who is changing his narrative and never forgetting... that he is not alone.”