Italian English independent female artist, Angelina Luzi launches a haunting new project which kicks off with single ‘Beast’ as she draws her listener in with her captivating, emotive vocals, which beguile and enchant as she bares her soul on this striking alt-pop ballad.

Being Italian and hugely inspired by British trip hop artists like Portishead and Massive Attack it’s clear to see how this passionate, cinematic soundscape has made its way to being released ahead of many more gems Angelina worked on during the recent lockdowns.

A fully creative artiste who not only writes, performs, and produces all her own songs and has been building up a dedicated loyal following since moving to London several years ago. Angelina explains on ‘Beast, “I wanted to treat the lyrics as though they were from the pages of my most intimate diary. On ‘Beast’ I fight with the addiction of a toxic relationship. One that is deeply dangerous, yet so familiar and misleadingly safe.”

Shot in Italy the video vividly explores in lush tones, the struggle of trying to escape something very intense while being caught up in self-destructive loop. Angelina employs a beautiful combination of electronic pads, soothing strings and ethereal harmonies to wrap us in a web of romance within a deceiving Parisian style cocoon. 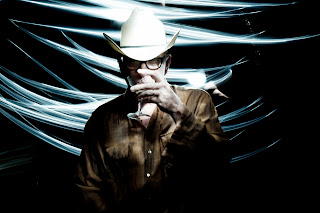 “When Gone To Color contacted me about working together I was struck by their sonics. They were pretty intense and inspiring so the work was a pleasure. At the time I had no idea who these guys were but they make good art and that’s enough for me, plus they seem to appreciate my way with words which is big and their approach in collaboration is right and true." -Kurt Wagner

Gone To Color is the rock/electronic duo of Tyler Bradley Walker and Matt Heim, formed in Cincinnati and now split between Atlanta and Washington, DC. Gone To Color’s sound has been described as “shapeshifting...subdued, dreamy, and surreal.” The duo’s eclecticism makes categorization hard to pin down; though, combinations of electronics, guitars, and vocals seem ubiquitous in the band’s aesthetic. Walker and Heim often synthesize their instrumental compositions through collaboration. Gone to Color’s latest single, “Just Smile,” features guest vocals from Lambchop's Kurt Wagner.