Today, the UK-born, Paris-based artist ALA.NI released her video for “Le Diplomate,” featuring guest vocals from Iggy Pop. The video stars an unrecognizable ALA.NI in special-effects makeup and prosthetics as “Le Diplomate” On her decision to portray “Le Diplomate” in whiteface, and her reason for the two year delay in releasing the video, ALA.NI says in a statement:

So much has changed in the world. The covid pandemic and all of its challenges, being a main global issue to currently tackle. Also the acknowledgement and conscious movement that Black Lives should Matter. A statement that leaves a bad taste in my mouth. Why must I even need to ask for this in our so-called equal and free modern society? Asking to be counted, when we still pay our taxes. Very saddening. We must fight for this change. TOGETHER.

My heart has been deeply hurting along with the rest of the black communities all over the world. On top of all of that, the entire human race has forbidden close contact with our fellow humans. No hugs, no kisses, so we really have much international healing work to do. TOGETHER.

Nearly two years after shooting this video, does it finally feel right to release it? I had to take a few huge steps back. A black woman doing white face in today’s new "conscious" climate could be contentious.

My message for this piece of a capella music and video was always a political one. After a brief encounter with a diplomat from the Sarkozy administration 4-5 years ago, I was left with an impression and aspired to convert my experience into some art expression. Luckily, Iggy Pop was up for the ride too and shared in my vision.

The job of the diplomat is to be neutral, amicable and not to exploit his position by acting as a legal gangster. So what do we do when those trusted figures are corrupt from the very core? We the people must fight for truth, honesty and transparency. After all, governments are there to serve us, the people, the population. NOT their pockets. Sadly this deception and system of corruption is global and rife. So we must speak out. Through art, communication with true dialogue, and confronting the universal key issue that power must not be only for the wealthy, but for the good of heart, as we move into the future to make lasting change. TOGETHER. 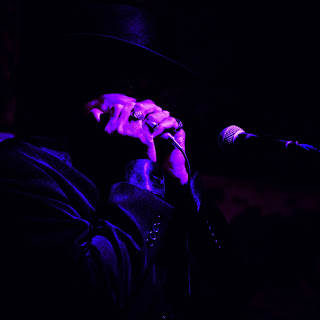 Between 1998 up to 2019 Boo Boo Davis used to come and tour in Europe several times each year and a lot of music was written and recorded during these tours.

The current pandemic put that "tradition' on hold. But with the help of the internet and mutual friend Chris Brown in St Louis, the guys from ElectroBluesSociety (Netherlands) started to exchange idea's and demo's with Boo Boo in East St Louis (USA). So despite the fact that they had the Atlantic Ocean between them, they were still able to write and record new music.

Covid can stop live shows (for a while) but it can not stop the creation of new music.
Black and Tan Records · Lowdown Dirty Blues - ElectroBluesSociety feat Boo Boo Davis 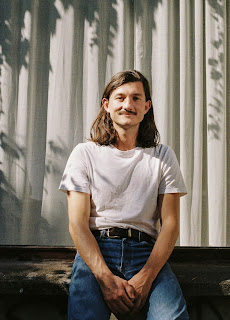 Sydney-born, Berlin-based indie singer-songwriter Jackson Dyer follows up his recent 'Losing Light' single with the release of the new dreamy indie pop, 'At Ease'. The single is taken from Dyer's upcoming EP.

"'At Ease’ is a song about mornings at home, when the coffee is freshly brewed and the sun is filtering through the curtains. It’s about those moments of absolute contentment when you wake up with someone special besides you and the day is pure and untouched by the stress and obligations of the outside world. ‘At Ease’ was a calming song for me to produce, almost meditating on the warm optimism of mornings and love." - Jackson Dyer