Katy Kirby is a songwriter and indie rock practitioner with a writerly focus on unspoken rules, misunderstandings of all kinds, and boredom. She has just released a new video for the gorgeous song 'Juniper'.

Kirby was born, raised, and home schooled by two ex-cheerleaders in small-town Texas, where she started singing in church amidst the soaring, pasteurized-pop choruses of evangelical worship services. After high school, Kirby moved to Nashville, where she managed to graduate college with a rapidly expanding circle of artistic allies, an amorphous collection of leftist beliefs, and a few handfuls of songs.

After a series of painful failures to complete a record that reflected the temperament of those songs, Kirby finally turned to dear friends and co-conspirators to form a band capable of constructing a satisfying full length. 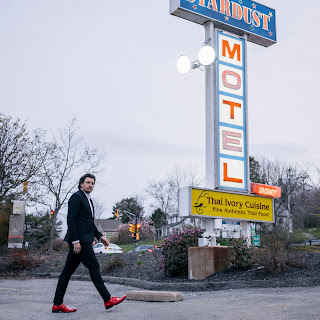 Willie tells us - "I'm excited to share "Need Your Love," a song that captures the live vibe of my band: upbeat, rowdy, and very old school."

He adds - "My single has that rowdy, angsty mood of being young and restless as we follow two people who want to break out of the confines of their current world and experience something more daring."

In our opinion the song is all of that, the simmering energy and slick guitar break along with a no nonsense pulse are all notable on what is a mixture of old school rock & roll with modern & fresh production. This is a come & see us live song, if ever there was one! 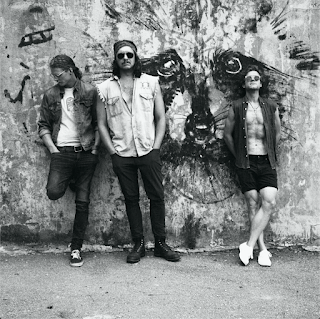 At the heart of Hamilton, ON group King Park, you'll find childhood friends/musical co-conspirators Timon Moolman (vocals, guitar) and Tyler Heemskerk (bass, vocals), accompanied by the animated Nate Wall on drums. The trio's new album, Everett (out this Friday October 29th), is a collection of elegies for ordinary, apocalyptic losses.

Fitting together lyrically and thematically, Everett is not so much a story of heartbreak about not getting the girl, but more about being heartbroken that something beautiful could end up so hurtful – that so much love could turn into hate. It's a story of being stuck in a moment, unable to move forward – surrounded by fear, guilt and shame.

Title track, "Everett," sets the theme for the entire record as it tells a coming-of-age story, speckled by the loss of innocence. It's a snapshot of a time when the rigorous set of black and white lines one grows up believing in finally faded away, forcing re-evaluation.