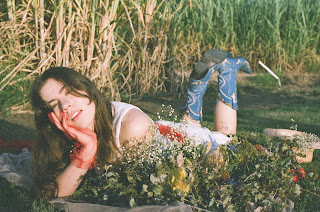 Tessa Fleur - The Hell of it All.

Twirling her way back onto the scene, Brisbane's ethereal singer/songwriter, Tessa Fleur, graces us with her new single ‘The Hell of it All’.

With a sound that has freshly floated down from the clouds, Tessa’s brand of fantastical folk provides the perfect escape from the daily mundane. Flourishing with honey-soaked harmonies and sweeping slide guitar, ‘The Hell of it All’ is a melancholy multi-layered masterpiece that encapsulates Tessa’s artful storytelling of self-exploration. Built around a striding beat and bassline, this nostalgic track exudes an essence of Fleetwood Mac that instantly transports you to a place of pure contentment.

Accompanying the single release is a mesmerising music video that is nothing short of a visual feast. Tessa’s angelic aesthetic runs wild as she whisks you to another world in a flurry of wind-whipped hair. We meet Tessa amidst an unnerving cult, dancing through fields in a flock of flowing white dresses. The video explores the concept of falling into your deepest truths and inner wisdom or, in Tessa's own words, 'indoctrinating yourself into your own cult.'

Directed by Long term collaborators Allisa Tsukimori and Oliver Marshall, this transportive video was a labour of love that took over 12-months, and the assistant of Tessa's friends, family and fellow creatives to create. Tessa invites us further into her vision by hand-picking locally sourced and hand-crafted props and costumes. “Collaborating with local businesses and creatives is something I’m heavily passionate about. More than ever, we need to support our local businesses and creative community,” explains Tessa.

After soaring onto the scene last year with her debut single ‘Sunset Melancholy’, reaching #3 on the triple j Unearthed chart, Tessa Fleur has since been persisting amidst restrictions, performing with her band and captivating local crowds. For 'The Hell of it All', Tessa collaborated with producer Alistar Richardson, whose resume glitters with the likes of Last Dinosaurs, Clea, Hallie, Sweater Curse and Nice Biscuit. 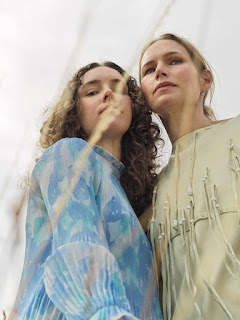 Forthcoming, Stockholm based, album debutant Julia Logan has been gaining lots of attraction this past year in Sweden. Tastemaker magazine Popmani used a fitting description when they listened to her debut single ”To Be True”: ”it’s nice to hear a voice that sound so modern and still lingers of inspiration from the past.” Since then, Logan’s been praised by high end international media such as Clash Magazine and Nothing But Hope And Passion as well as getting support from Swedish national radio and TV.

Her new track, off of her forthcoming album, is a version of cult artist Bobb Trimble’s ”One Mile From Heaven”, performed as a duet with one of Sweden’s most treasured singers - Nina Persson of The Cardigans, A Camp etc. Julia and her producer Daniel Bengtson first heard of the song when Aldous Harding mentioned it in an interview as a personal favorite of hers. After presenting the idea to Persson the duo went down to the south of Sweden, Malmö, to record her unmistakable vocals.

Julia Logan on the collaboration: ” When me and Daniel just stumbled across this song we immediately felt it would work out as duet. When Nina said yes to working with us, we were thrilled! The Cardigans’ music has been with me since childhood and I’ve always been inspired by Nina’s personal and charismatic voice. I think that we, in line with maybe Angel Olsen and Sharon Van Etten, is building a new kind of genre of female duets. ”

Nina Persson on the collaboration: ”Julia is a new acquaintance to me. I love her voice and there’s no better way to meet new people than making music together. The song is a real fine musical archeological find. I hope Bobb Trimble gets happy by us giving it new life in form of a brilliant female duet:” 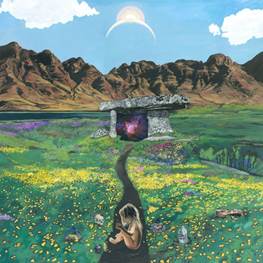 Inspired by the cycles of life, Sam Teskey, guitarist of critically-acclaimed, blues-soul band The Teskey Brothers, announces his debut solo album, Cycles, a collection of music influenced by the great English psychedelic bands of the late ’60s & ’70s, out now on Decca Records. The first track on the album, Love, is a stirring, pastoral folk song that establishes the album’s own life cycle, ending with the reprise Then Love Returns.

Born out of lockdown in early 2020, with touring at a stand-still, Teskey relished in the opportunity to return to his vast back catalogue of incomplete musical musings he’d amassed whilst writing for The Teskey Brothers over the years. Painstakingly digging through old demos, spending time with the development of the songs, keen to make a record that would be enjoyed as a complete body of work. Starting where most finish, he settled on the track-listing before recording a note, thoughtfully building on the original ideas, with each track evolving to seamlessly melt together with the next.

On his debut album, Teskey says: “When on the road touring, I spend most of my time writing songs, so I have a massive collection of songs and ideas ready to go. Once I figured out that they all work together like that, it happened really organically. I love listening to albums that have progression and take you on a journey. A big point of this album is for people to create their own journey and their own story. I can say many things about the record, but I want to leave the experience up to the listener. It feels nice to put the creativity back in the listeners’ hands.”

Cycles offers a thrilling and immersive journey; the seven tracks ebb and flow like a stream of consciousness, shying away from traditional song structures and negotiating a range of genres from orchestral balladry, dissonant and ambient soundscape, all the way through to folk and heavy psych-rock. Determined to capture the music in its purest form, Teskey, enlisting the help of musician friends, live recorded the album almost exclusively live to tape at his analogue home studio in Warrandyte. 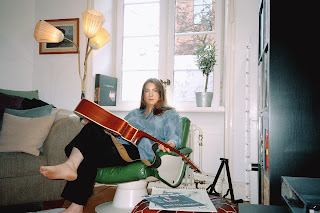 Ebba Salomonsson (Benz) grew up in her stepfather's record store where she explored endless different influences and styles. Benz have now signed to Rama Lama Records (Melby, Wy, Chez Ali etc.) and is back with another collection of songs packed with her playful and diverse psych-tinged indie folk, its a sound where Benz with big confidence lets her music both be direct and breathe - creating a musical soundscape for the listener to get swept away in.

The new EP 'This Could Be The End' is out on November 5th. Second single 'Hometown', an atmospheric indie rock track about leaving the place you grew up but still feeling it's your home, is out now.

All the tracks on the EP are written by Ebba Salomonsson herself, produced by Wallentin Richardsson and recorded with Nathanel Salomonsson (drums), Simon Ström (bass), Olle Wahlström (guitar) and Alfon Keteli (keys).