Touching - All I Need.

Touching is the artistic alias of songwriter and producer Michael Falk. From his home in Winnipeg, the multi-hyphenate musician has organized festivals, run a studio, and operated a record label, juggling countless roles within the local scene. As a performer, he has toured with acclaimed acts including Les Jupes, The Liptonians, and rapper/CBC host Ismaila Alfa. Yet since becoming a father, Falk has consolidated his lifelong pursuit into a renewed, singular focus: Get back to making music. And lots of it.

Spring 2020 saw the release of Touching’s debut album, Isolation Blues. Sharing 10 songs over 10 weeks, the project was unveiled serially with a one-shot video for each track filmed and released every seven days. With its relatable lyrical themes of loneliness, depression, and disconnection, Exclaim! described the collection as “a greatest hits of pandemic moods.”

Hot on its heels comes littleworlds, a new album aiming to disinfect the darkness with sunlight. The sophomore release from Touching is built on feelings of hope, simple joys found amidst conflict, and the anticipation and fear of becoming a parent. Its 12 songs were written during the same period as Isolation Blues as Falk stepped away from touring and various other collaborative projects. Using this opportunity to build a studio in his basement, he centered his
efforts on writing and recording.

“I bottomed out last year and had a desire to reconnect with my own path of self-fulfilment,” Falk explains. “The only way to become a role model for my son was to show him that I know how to walk the walk by living the life that I want to live. You can tell kids whatever you want, but in the end they’ll look up to what you actually do.”

At the heart of littleworlds is Falk’s rich baritone. His striking voice soars with the passion of Frightened Rabbit’s Scott Hutchison, coasts with the coolness of Marker Starling’s Chris A. Cummings, and plumbs the emotional depths of Richard Dawson. Musically, the album injects the downtempo electronic ambience of Massive Attack (“I’m inspired by their late career stuff that no one thinks about,” laughs Falk) into the high drama indie-rock of Editors, Manchester Orchestra, or We Were Promised Jetpacks.

After her Spain tour in early October, Lena Minder is now ready with the fifth single to her new album!

'Fear of Falling' describes the fear to go new ways - although you actually know that it is high time. Often we move in comfortable, familiar patterns, from which to break off we struggle. The song describes this conflict, but at the same time gives you the feeling that it is also ok to be in this dilemma.

Lena has been working on her debut album since early 2020. Her aspiration: to reinvent herself. Inspired by the decision to part with her former stage name (Liv Summer), she sets out to find her own personal sound and mostly produces herself. Together with Cameron Laing, she records her visions in 'The Famous Goldwatch' studios in Berlin. She calls her style "Nostalgic Pop" and experiments with vocal elements and self-recorded loops. 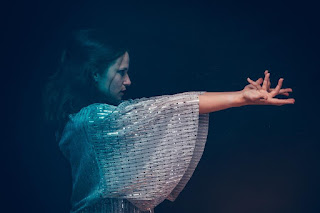 Chicago based artist, Jennifer Hall, has released a brand new single/video titled “Why Cut Time” which creates quite an atmosphere between the desolate Chicago lakefront shots, the plucking/swelling synthscapes, and Jennifer’s powerful vocal delivery.

Artist Jennifer Hall aims to draw you into her musical landscape with no reservation, where emotions run high and vulnerability reigns.

Not one to shy away from sharing her pain and deepest secrets, Jennifer’s 2015 self-titled EP leans heavily into grief and loss, self doubt and inner turmoil, and unexpected love and her readiness (or lack thereof) to receive it.  Commonly identified as a vocal powerhouse, Jennifer masterfully brings to life the most raw and exposed of emotions.

Shortly after the release of Jennifer’s 2015 EP, the independent Chicago artist hit the road, touring for over 3 years and playing in 31 states, including beautiful Hawaii.  After years of touring and reaching digital milestones like 1 million Spotify plays, Jennifer went into a much needed creative hibernation to recharge.

New York City-based artist, Nisa, has just shared "Cold," the second single to be lifted from her new EP, Time To Plant Tears which is set for release on December 2, 2021. This new single follows recent tips from the likes of Consequence, Our Culture, Audiofemme and more with this body of work following on from her self-released debut EP, Guilt Trip which landed earlier this year.

Early in 2021, the 22-year-old – full name Nisa Lumaj – began work on a new collection of songs that would make up the forthcoming EP, Time To Plant Tears. The title takes its name from the final stanza of an Elizabeth Bishop poem called Sestina. Working together with collaborator and producer, Ronnie Di Simone, the songs were recorded between Brooklyn's Studio G and the Brick Box studio. The new EP demonstrates Nisa's penchant for intimate storytelling cast against the backdrop of glistening, cinematic soundscapes reminiscent of Angel Olsen, Indigo De Souza, Japanese Breakfast and Soccer Mommy. In describing the mood of the EP, Nisa has said that the songs are centered around “confrontation and focus; weathering internal and external changes; desire, and emotional rebirth.” Intersecting cinematic and poetic frames of reference, it lands between what is said and what is felt.

"Cold," which arguably marks the EP highlight and was written with frequent collaborator, Fritz Ortman, draws on 80s inspired guitar tones whilst further demonstrating Nisa's growing understanding of songwriting and melody. Speaking about the writing of the song, Nisa explains: "Fritz —my close friend and frequent collaborator—wrote “Cold” with the Cars’ “Just What I Needed” in mind. We demoed it a few different ways before deciding to fully lean into the 80s with the chorus, and brought it to Ronnie [di Simone], producer, who came up with the thunderous, Adrien Beluga-inspired solo."

The accompanying video was shot in Stony Point, New York with the director, Ben Klein. Speaking about the visual for "Cold", Nisa says: "For the "Cold" music video, Ben and I wanted to see what would happen if we combined the "hell hath no fury" trope with our favorite elements of classic Halloween slasher movies." 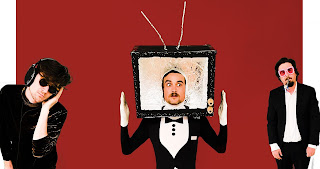 The Chicago-based project of brothers, Nolan and Carter Dickson, Noir Disco, share "Los Angeles," the latest track to be lifted from their forthcoming debut, NOW! 2073, which is out December 3, 2021, on Terrible Records. "Los Angeles" arrives following recent tips from Brooklyn Vegan, Northern Transmissions, Clash, Pigeons & Planes and more, further helping to portray the duo's genre-hopping approach to music, something they dub as Noir Disco – inspired by the Film Noir aesthetic – that fuses punk with modern psych-rock, indie rock and electronica.

The new single "Los Angeles" perpetuates this sense of cosmic country, nosedibing between genre to produce something that is truly idiosyncratic. Catapulting you into a different universe from the outset with the bombastic opening – "Los Angles! The city of shiny plastic faces, in shiny plastic places!" – the song then turns through warbling bass, fuzzy guitar and twinkling piano; at times summoning comparisons to The Doors and other times the funk-indebted electronica of Todd Terje. It's a unique fusion of neon-soaked electronica and syrupy psych.

Speaking about the new single, "Los Angeles", Nolan Dickson says: “Songs like “Los Angeles” were made with an awareness that every single person wants to feel like the main character in their own movie. If you close your eyes and listen to these songs then you’re going to star in a pretty cool piece of theatre, trust me!”

The pair, who sing and play alongside their friend, Henry Miller have developed something of a cult following over the year; NOW! 2073 marks their grandest project yet, signposting the band’s evolution into a new freeform way of creating. Taking direct inspiration from artists like David Bowie, Kate Bush and The Doors, the new music similarly submerges you in cartoonish art-pop landscapes (think “Happiness Is A Warm Gun” if it was made by Arcade Fire during their Reflektor era) that seem to evolve in real-time.