James are pleased to announce the release of The Campfire EP, available on November 19, 2021. Filmed at Broughton Hall in the UK’s Yorkshire Dales earlier this year, the EP features uniquely intimate versions of three tracks from James’ latest album, All The Colours Of You along with the added bonus of their classic “Just Like Fred Astaire,” taken from their 1999 record, Millionaires.

The Campfire EP will be exclusively available on the James store and at the merchandise store on their forthcoming tour. The release will be limited edition, numbered and include a QR code to download the Campfire videos.

Tim Booth says “The beginning of the new James 9 piece began at Broughton Hall. The sessions there felt magical. Here is a slice of the magic that we created around a campfire one evening...”

James will perform tracks from the new record and many more from their rich catalogue on the forthcoming arena tour with special guests Happy Mondays. 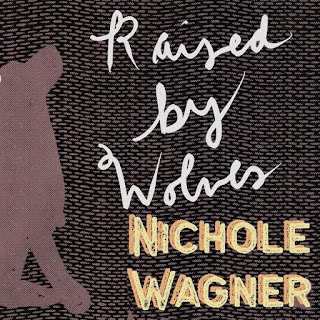 Austin, Texas's Nichole Wagner is back with another single and video to preview her upcoming full length album (2022). Once again teaming up with producer Justin Douglas, Wagner's 'Raised By Wolves" features a full band and does an amazing job of highlighting her chops as both a songwriter and a performer.

Confronting her upbringing in an honest and interesting way, Wagner says of the track:
Life as a child could be unpredictable (thanks to an alcoholic mother) and I had to grow up very early, taking on responsibilities that were unfair to my age.  It toughened me up but left scars and that trauma has a way of showing up when I don’t expect it. I would joke about having been raised by wolves, something I’d tell people to soften the edges when they didn’t understand where I was coming from - a shorthand to avoid sharing details. I’ve been doing a lot of work through it these past few years and it’s showing up in my writing in a way that I hadn’t been comfortable with before.

"Raised By Wolves" and it's video, which was created by Austin's Seela, come a few months after Wagner shared the first look at her upcoming album with the track "Monsters" and it's video. With these two tracks already set upon the musical world, it's easy to get excited about the aforementioned record. Wagner continues to grow and write compelling songs that are both incredibly enjoyable from a sonic perspective as well as highly relatable lyrically. 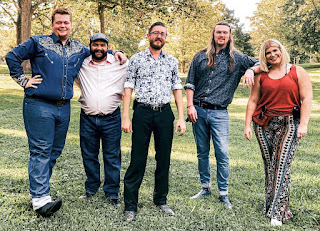 The Alex Leach Band - Slip Slidin' Away / Up To You.

Although he has helped carry on the legacy of bluegrass founding fathers, singer/songwriter/guitarist Alex Leach and the eponymous band he fronts are joining contemporaries like Billy Strings in redefining what modern roots music and bluegrass are through originality and a purposeful evolution away from long held stereotypes. I’m The Happiest When I’m Moving, their Jim Lauderdale-produced Mountain Home Music Company debut, marked the starting point of that evolution, blending a couple of traditional-sounding touchstones with more contemporary original material and some organically framed nods in the direction of Americana and the broader roots music world.  Now, with the release of two new singles that display the breadth of their multifaceted talent, The Alex Leach Band are doubling down on their commitment to blazing their own, unique musical trail.

On the bluegrass side, “Up To You,” written with producer Jon Weisberger, delves deeper into Leach’s propensity for thoughtful lyrics and his fondness for the progressive and newgrass-flavored sounds of musical progenitors like the Country Gentlemen and Cliff Waldron & the New Shades of Grass. The band — Miranda Leach (vocals), Joshua Gooding (mandolin, vocals), Jason Johnson (banjo) and JT Coleman (bass), along with guest violinist Chris Sexton of Nothin’ Fancy and legendary studio drummer Tony Creasman — delivers a solid groove and supple, distinctive solos, as Leach delivers a meditation on how our views of situations reflect our individual outlooks and experiences.

“I am very excited to release ‘Up To You,’” notes Leach. “I brought the idea to Jon a few months back about an optimist and a pessimist on a trip together, and how each of them viewed a stressful situation. After writing for a bit, we decided to let the listener be the one to decide if they thought of themselves as a positive thinker or a negative thinker. I also want to compliment how tastefully the band played and sang on this track. I hope this song will cause the listener to think about how they deal with situations, all while groovin’ to the music — but at the end of the day, take it exactly how you want, it’s completely ‘up to you.’”

In contrast to the original “Up To You,” the group’s cover of Paul Simon’s “Slip Slidin’ Away” foregoes the ‘grassy accents of the banjo and delivers instead a carefully crafted yet utterly natural reading that focuses tightly on the singing of Alex and Miranda. Framed by Leach’s inventive guitar figures and Sexton’s subtle violin, the husband and wife duo reveal Simon’s enigmatic parables with intimate, sympathetic tone and phrasing, making the familiar masterpiece feel as if it’s being heard for the first time.