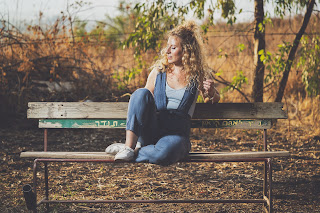 Maya Isacowitz - Nature Is My Hood.

Maya Isacowitz releasing her heart-felt and powerful Electro-Pop infused single „Nature is my Hood“ (Helicon) on November 26th, 2021 coming with a beautiful video.

“This song is a love song for nature, it came out of wanting to be ok with being on my own. Finding the wholeness in myself and not depending on someone else to fill a void. It was recorded partly in my home studio (surrounded by nature), and produced together with my music partner Omry Amado. As a part of conveying a sense of freedom and innocence I recorded my nieces and nephews singing the line: "Nature is my hood, I'm alone but I'm good", and it became the main sample of the chorus.” - Maya Isacowitz

Maya Isacowitz is a singer songwriter, originally from Kibbutz Maayan Baruch, Israel, with South African roots. She initially made a name for herself performing with her guitar, capturing the ears of many, with her unique voice and vulnerable presence.

Maya grew up in a home filled with music, and a father who builds musical instruments. Her music combines a wide range of styles and influences- from acoustic folk and African groove, to edgy rock and electronic pop, all wrapped in her tender voice and poignant lyrics. 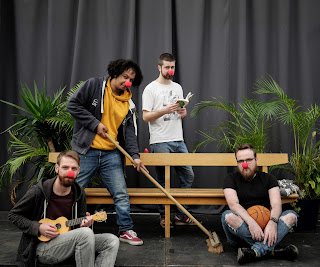 Background from the band: We are Speak Easy Circus, an indie/funk band from Glasgow. We have been loving getting back out and playing gigs after so long and we wanted to end the year with a bang, so we have decided to release our latest single, ‘Sewn Up’ on the 26th of November.

The story of the song is really the story of my favourite pair of jeans, that ripped and left me heartbroken, until I watched a YouTube video to teach myself how to sew. From then on, instead of throwing clothes away I started to clumsily stitch them up.

It made me think of all the previous clothes I had thrown out. Why didn’t we fix more things? Why weren’t we taught to sew at school? Why was sewing seen as feminine? It seemed to me there were no downsides. So, we decided to write a song in honour of my favourite pair of jeans - heavy on the horns and heavy on the funk. 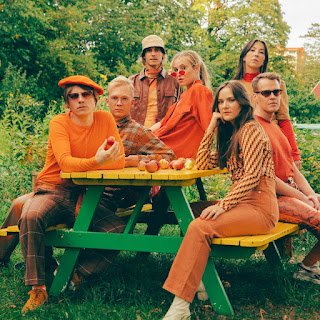 The rural Norwegian countryside might not be where you’d expect to discover your new favourite neo-soul collective, but that is where 7-piece band Fieh originated from. Founded by front-woman Sofie Tollefsbøl, Fieh stormed into prominence through the release of their debut single ‘Glu’ back in 2017, earning the band early support from the likes of The Fader, DIY, Clash, The Line Of Best Fit and eventually a spot on the Fifa 20 soundtrack. In 2019 they released their debut album Cold Water Burning Skin, on which the group established their unique blend of jazz, R&B and soul. Now, they are ready to unleash new LP In The Sun In The Rain, which is slated for release on March 4th, 2022 via Jansen Records.

In the Sun in the Rain was recorded with famed Norwegian musician and producer Lars Horntveth (Jaga Jazzist, Susanne Sundfør, The Staves, Kimbra) and mixed by the legendary “Analog Ninja” Russell Elevado (D’Angelo, Angélique Kidjo, The Roots). Centered around groove, Fieh’s new album integrates the funk bangers that initially introduced the band with more experimental and orchestral songs. Citing inspirations as diverse as D’Angelo’s The Vanguard, The Roots, Joni Mitchell, Erykah Badu, The Beatles and Solange, Fieh’s new album is brimming with creativity. Much like their debut album, the song remains at In The Sun In The Rain’s core, with lyrics that revolve around everyday life, people and love – real stories from real life.

Standout single ‘Telephone Girl’ is a minimalistic soul banger dedicated to the very modern phenomenon of telephobia. “I’m not a telephone girl, that’s why I never reply when you call me” sings Tollefsbøl. “This song is a public apology to everyone who’s ever tried to call me. It’s not you, it’s me” she jokes. "I came up with the bass line in the shower back in 2019 and had a clear vision of a minimalistic soul banger. We’ve played several versions of this one live but went for a minimalistic approach in the studio," she continues.
Jansen Records · Fieh - Telephone Girl 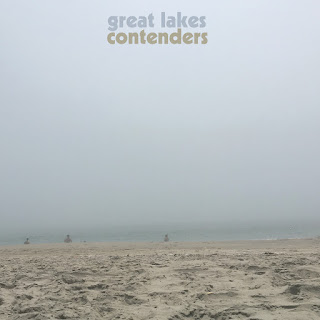 Ben Crum doesn’t need to contend for anything; the leader of the long-running Great Lakes proved himself two decades ago on his very first outing. Contenders, the band’s seventh album, finds Crum basking in a keen sense of roots-y psychedelic Americana that recalls the fertile grounds of Upstate New York. Yet the music itself is a warm, sunny soundtrack that brings to mind road trips across the dusty Midwest and miles and miles of nothing in between. Fans of Built To Spill, My Morning Jacket, Luna, and Deserters Songs-era Mercury Rev will find much to love in Contender’s grooves.

But don’t think that because the music ambles along dirt roads that the music isn’t cerebral; Contenders’ subject matter includes philosophical wonderings on love, sex, the temporal nature of man, the frustrations of creative partnerships, and the heady, hopeful times of your late teens and early twenties, where the world seems full of endless possibilities. Contenders offers up some of the finest songs you’ll hear that take inspiration in things such as The Band, the free youth of South Africa, and “The Gambler.”

“it’s easy when you know how,” Crum sings, and it’s no boast; Great Lakes make it look and seem so easy, so seamless. In other words, they’re just being themselves.