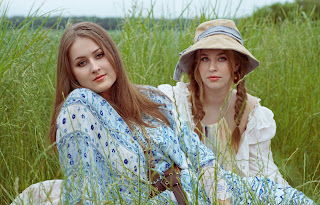 Pop-country duo Render Sisters, composed of best friends and sisters Mary-Keaton and Stella Render, continues their blossoming maturation and obvious sisterly kinship on their new single, “I Don’t Wanna Know.” The new tune finds the sisters singing about the unpredictable nature of relationships in the modern world. Releasing everywhere digital music is available today Monday, November 29, “I Don’t Wanna Know” is the sixth single the teen duo has released since their emergence in 2020.

Mary-Keaton and Stella wrote the song with Nashville-based songwriter Doug Kahan (Trick Pony, Clay Walker, Jon Pardi) on a recent trip to Nashville, but the idea behind the song came from an actual relationship which Mary-Keaton had recently been involved in back in their hometown of Pine Bluff, Arkansas.

“I knew that I really liked this guy at the time, but I was scared that if I knew his past that I may not like him anymore,” Mary-Keaton admitted. “I wanted to get to know him for who he was, and give him a chance, but I have always been the type of person that gives someone the benefit of the doubt, too. Until they betray me, or prove me wrong in some way."

Stella was also cautious about the guy's past, and encouraged her sister to remain the same way. However, the younger of the two was the primary instigator for turning her older sister’s relationship scenario into a song.

Alt-pop artist Eliyanah's latest raw and cathartic offering, 'Somebody Else', delves into what it's like to handle the painful end of a long-term relationship as well as adapting to life after it. Soft grooving percussion echoes through nostalgic keys, angelic vocals, ethereal harmonies and bouncing basslines, as she blends the very best of indie, pop, alternative and electronic elements.

“The song explores the complicated and painful twists of navigating a long-term relationship's end, as well as confronting yourself in its wake.” Eliyanah shares

The song was co-written with Eliyanah’s brother Simon Woodley as well as musician Ben Scott (Tom Walker, Mahalia, Ed Sheeran). Eliyanah then worked alongside producer Hugh Fogerhill and mastering engineer James Birt to bring the track to life, Eliyanah succeeds at creating a nostalgic and introspective track that resonates with all who listen. 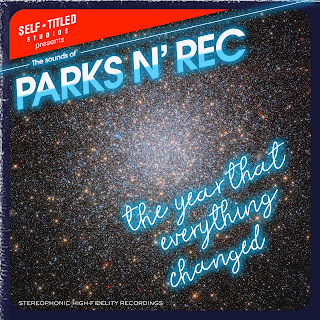 Parks N' Rec - the year that everything changed.

Background from Parks N' Rec: I am telling the story of reflection and acceptance; adaption and redefinition.

After spending nine months in remote parts of Central and South America, I landed in New York City this fall. The shock of that transition combined with witnessing a metropolis hoping for a revival was interesting. I wanted to capture that recalibration of human behaviour, and the beauty of that challenge. You'll hear a melancholic mood that comes from a place of strength.

The single artwork is taken from the Hubble Space Telescope of stars populating globular clusters. The video was produced with edits of that celestial footage. The video hopes to encourage the journey and offer new perspective.