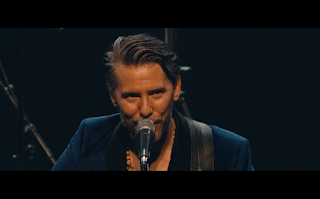 Guy Verlinde - Up on the Mountain.

Today is the release of the new single Up on the Mountain by #1 Belgian blues and roots artist Guy Verlinde. It is an Americana song about the "circle of life" with  a river as a metaphor. Just as a small river at its source carries already all the power to flood a valley, everyone has everything inside to become the person he or she should be.

The rhythm of the drums, percussion and banjo symbolizes the rippling and flowing of the river that rises more and more towards the end of the song.

When there is no budget for shooting videos, you need to be creative. This video has a unique concept as it was filmed by the audience from every corner of the Minard theatre. It is disturbing for an artist when people try to film during a concert.

But at the end of the concert by Guy Verlinde & The Artisans of Solace in the Ghent Minard Theater, the audience was explicitly asked to film the performance during the song "Up on the Mountain" with their phones. The more than 100 videos were edited into one video clip by the young filmmaker Erno Baelus. Beehive Candy say's - This is a really fine live video for a highly notable song. 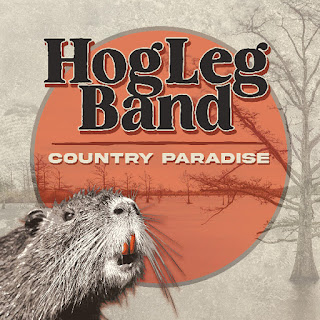 Hogleg Band - How It Feels To Be A Cowboy.

Hogleg Band, reckon they are Louisiana's own "country super group" and their new release 'How It Feels To Be A Cowboy' suggests they might have a point.

The band tell us that the initial release from this record is a "fast driving song called "How It Feels To Be A Cowboy" . This is a very upbeat rocking country ditty. How It Feels To Be A Cowboy is a true story told in song about being hard headed and living the outlaw life. This song rides fast and raw and has the grit and goods to back it up." We have to say, we agree!