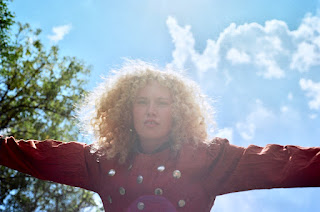 The Toronto-based project, Blunt Chunks, helmed by Caitlin Woelfle-O'Brien (Jaunt) has now shared its new single, "Natural Actors" which comes with the news of a debut EP, Blunt Chunks which is set for release on May 6, 2022, via Telephone Explosion Records. Featuring Scott Hardware and members of The Weather Station, Luna Li, Broken Social Scene, Hooded Fang and more, the new EP grapples with the many functions of heartache, using music as a mechanism to memorialize the past and the first step to breaking a cycle of self-neglect.

Produced by David Plowman (The OBGMs, Islands) and Nathan Burley (Young Clancy), the EP harnesses a weightless style of guitar-driven pop where Woelfle-O’Brien blends spacious psychedelic country with the unignorable churn of 90s alternative rock. The result is a record deeply uncomfortable with secrets. Woelfle-O’Brien opts to honour — with a Dolly Parton-esque devotion to clarity — her motivations for past entanglements, both devastating and exalting. And yet, the EP rings with quiet optimism, steadfast in its search for the kind of love that’s attentive, honest, and transformative.

This first single, "Natural Actors" is a stunning intro to the new EP gently placing Caitlin's scintillating vocals on top of twinkling piano and off-kilter percussion. Speaking about the track, Woelfle-O'Brien says: "I wrote this song in 2015/16 when I was in a relationship with someone who I was also living with. He would go to work in the mornings and I would wake up slow, drink too much coffee, and kind of mill about until I went to work in the afternoon.

"This day I had eaten cotton candy for breakfast (leftovers from going to The Ex – a big fair in Toronto – the night before) and had too much Turkish coffee and was wired. I had been drinking wine every night since the previous holiday season so I was a bit ashamed of my health. I sat down and wrote the song in one go and recorded it into my laptop mic. As I finished the recording, my partner walked through the door. It was about him but hopefully he didn’t hear it, lol. The beds were recorded at the now-defunct Trailer Studios in the East End of Toronto. People say the lyrics to this one are strange/unique and I guess that’s true! It’s just a domestic song, I feel like it’s my “unhappy housewife” song. Like a woman in the wrong place for her own light to shine. I’ve struggled with that a lot over the years." 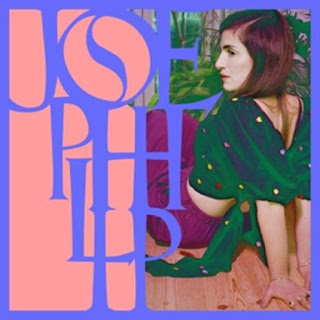 Little Boy is the 4th single from Josephine Philip’s forthcoming solo album We Get Lost And Found. The song is released on her label Midnight Confessions. Little Boy fragile and poetic song about breaking free of the heavy chains of lost love. Releasing yourself from the sedated state of delusion. The composition reflects this state of mind; sometimes on the verge of collapse, returning with intention and hope, shuffling drums, hazy vocals, distorted guitars, and lyrics like a mantra for release.

Josephine Philip lives and works in Copenhagen. She is inspired by a wealth of artistic expression; choral works, contemporary art and performance, jazz standards, experimental music, film, literature and classical music, and uses this inspiration to tell her engaging tales and stories. Philip released her debut single as a solo artist, Call My Name in May 2021 and her second The Clue in October 2021. Both songs have been in heavy rotation on Danish radio station P6 Beat and have been very warmly received on both Danish and foreign music media. In March 2022 she released her 3rd single No. 7.

The new album - We Get Lost And Found - is written and produced in collaboration with Copenhagen based producer and musician Lasse Martinussen and will be released in May 2022. Josephine Philip was one half of the now defunct dynamic duo JaConfetti, was a founder of and served time in the all-female Ska outfit Favelachic and the dancefloor popular sound system Dullen & Dyken.

The singer crosses genres, having worked with several renowned producers including co-writing and featuring in Christian Löffler’s ‘Running’ (which would appear in the Our Girl Series) and ‘The End’. As one half of the duo Darkness Falls, Josephine Philip has worked with Trentemøller, who acted as the producer for their EP and album. The duo also won a Robert prize (the Danish version of the Oscars) for Original Song of the Year for their contribution to the Danish film Shelley. During this time, they opened for the likes of The Shins and Yelle. Independently, Josephine has toured with Trentemøller performing at major festivals such as Coachella and South by Southwest while earning support from publications such as Nothing But Hope And Passion, VENTS Magazine, Electronic Groove, and EDM Sauce. 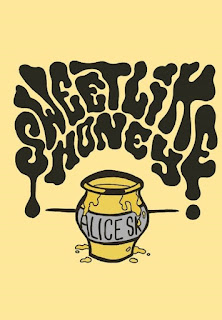 Alice SK has been raising eyebrows with a series of vintage-noir style singles recently that combine her haunting soulful voice and fresh sounds of the London scene that express authentic stories and work their way into the soul of the listener.

Next, Alice SK presents, “Sweet Like Honey”, a guitar pop song about all consuming affection. The instantly infectious track accelerates in its chorus with a Strokes-esque fuzzy lead guitar and an art pop style recalling perhaps Liz Lawrence or Bat For Lashes, with Alice’s own guarded charm coming through in her softly yearning vocals.

The single comes from Alice SK’s forthcoming debut EP “Electric”, produced by Muca (Los Bitchos, L.A. Salami) and set for release on 25th March. It follows Alice’s tracks “Another Girl's Man”, “Hidden Paradise” and most recently “Run Away”. Alongside Brazilian bossa nova legend Roberto Menescal, Alice also featured on Muca’s single “Until We Meet Again” which caused a stir during the summer and the track will also be released as part of the EP package.

“Sweet Like Honey is about longing for the whole of someone and wanting another person to take away your troubles”, says Alice. “It’s about being able to lean on them completely and be vulnerable around them.” She adds. And throughout “Electric”, Alice shows this ability to unveil complex emotions and convey candid personal stories within simple yet engaging musical gems. The EP is like opening up a beautiful trinket box of intriguing and eclectic keepsakes that invite you into Alice’s deep and melancholic world.

Speaking on the origins of the track, Nadia Sheikh says: “”Deep Waters” holds a special place in my heart. I wrote it when I was really young but it’s one of those songs that just sticks with you through the years but never quite fits with what you’re doing — until “Undefined” arrived. It just felt natural for it to be the focus track of the EP and I’m so happy with the reaction people have had to it. Many say it’s their favourite song off the EP!”

With gauzy guitars that linger in the air like mist on a dusky winters day, “Deep Waters”’s ansty calm is paired with a befitting new video that was directed by Nadia alongside Rita Gratacòs. Tranquil but with a distinct dark undertone, the video sees Nadia joined by her band — Rowan Davies (bass) and George Gardiner (drums) — as the trio play through a rendition of the song while perched on a blustery clifftop in front of overcast skies. Aptly filmed on a drizzly, dismal day, Nadia explains of the video’s inception: “It may not look like it, but it’s a very DIY and low budget video.

It was filmed on a very cold, very windy, very wet day in November last year. It was well worth it though. It’s shot only on a handheld camera. The boys, Rita and I drove to Seven Sisters and all the outdoor shots were filmed in one morning/early afternoon. We didn’t have a lot of daylight and we only had one shot at filming this. The weather was both kind and inconvenient, but we made it work and we’re all so happy with the result.” With shots of Nadia submerged under water interspersed amongst clips of thunderous waves and sputtering sea spray, the video comes to a close with a subtle twist.

Nadia adds: “I really wanted to create a dream/reality juxtaposition in the video playing with the water reference, but it was clear I couldn’t swim in that weather, so I came up with the idea of the bath shot at the end (watch until the end!). I think it really represents the moodiness but also the calm of the song.”