With soft and gauzy atmospherics countered by anxiety-inducing sprawls of melodic mastery, ‘Relax, blabla’ is another paradoxical release that comes in two parts. Arriving just in time for the heady nostalgia of a sun-baked summer, the two-sided release consists of two enticing new tracks: one bristling and upbeat, and the other more supine and slowed.

Recorded and mixed by Árni Hjörvar (The Vaccines), the first and fastest of the two new cuts, “Jelly Belly”, plays out like a heartwarming group therapy session, with past pains and trudged up traumas meeting a 157 bpm outburst of agitation and infectious joy. With a sense of urgency driven by a fast-paced guitar line that threatens to run away with itself, overflowing background chatter mixed with injections of fuzzy feedback and a lucid approach to vocal delivery, the track evokes the intense bodily sensation that is triggered by deep-rooted and unshakeable memories of toxic relationships.

With playful rhythms masking a more sombre subject matter, the track comes complete with a prismatic official music video created by Icelandic filmmaker and TV director Ugla Hauksdóttir (The Power, Hanna, Snowfall, Trapped). Touching on the numbness that comes with covering up your own feelings in shame and the heavy burden of grappling with rigid gender roles and unhealthy peer pressure, the video sees its mishmash of characters search for, find and reinvent themselves in a warped wallpaper utopia. Of the video, Ugla explains:

“The music video for “Jelly Belly” is a playful ode to childhood, celebrating the freedom of self expression. It is a reminder for us not to take ourselves too seriously and instead remember to have fun.” Also reaching to the past to touch on painful memories, the release’s second, slower cut “New Moon” is more atmospheric and airy: boasting the duo’s genre-hopping breadth as soft acoustic guitar twangs meddle with almost whispered vocals and a sparse landscape of instrumentals that seem to fade away into nothingness.

Reflecting on memories of an estranged and isolated youth — and the feeling of being “the only blue-haired person in a schoolyard full of blondes” — the track is tinted with adolescent nostalgia as its whispered melodies drift by like a lone tumbleweed in a desolate stretch of desert. 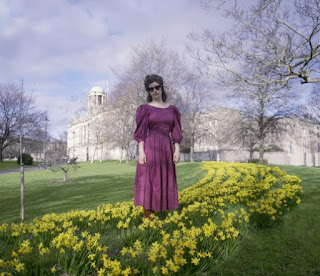 to Cal Folger Day's first single and video for "Act 2" from her upcoming LP Piece-dye out on 06.03.22. "Act 2" introduces to Irene Nally - Day's documentary subject for Piece-dye and introduces us to Day's inverted world of idiosyncratic pop and folk music.

Piece-dye is an avant-pop journey through the lens of the documentarian's attention to detail. Lyrically, everything you hear are verbatim quotes from an interview Cal conducted with Irene Nally - a distant aunt and Irish immigrant.

The interviews chronicle her experience arriving in New York City in the post-war boom and explores the unique set of intricacies, contradictions and ground-level observations of navigating the rapidly changing cultural climate of New York City labor. Musically omnivorous, each "Act" moves from bombastic to reverent, centering the narrative thrust of Irene's recollections (paying special attention to each nuance of speech) while Day's elastic and multi-disciplinary musical directions spread out from the center. 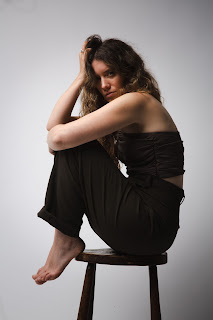 Carmody has long been using music as a way to uncover her subconscious, examining the complex web of relationships that surround her. Rich in detail and emotional substance, her music evokes the timelessness of Joni Mitchell and Joan Armatrading while nodding to the modern alt-folk of Laura Marling and Big Thief. In the face of memory and generational grief, Imperfect Constellations is split into four main parts (or 'Constellations') and draws on her own experiences of alternative therapy, entering a world of discovery and recognition.

Speaking on the release of new track "Moon", Carmody said: "My dad was brought up in the Jewish faith and my mum was born into Catholicism. I always felt as if I were between religions. Although I was not recognised as Jewish, I went to Friday night prayers and celebrated the festivals throughout my life. I spent time singing songs and praying in Hebrew, with no idea of their meaning, and I was exposed to a culture I was part of, whilst also being seen as an outsider. Judaism follows a lunar calendar, so the dates change every year and I use this notion to illustrate how Judaism is part of my identity, even though I don’t follow the same calendar. It was written with my friend, and fellow Jew, Rahm Silverglade. The lyrics came very easily as they seemed to encapsulate our shared experience of living in two worlds. The spoken word excerpt is from my Great Aunty Rahma, when I was in Israel I asked her to record a message for my grandfather and I thought it was so beautiful as it encompassed the song’s spirit. 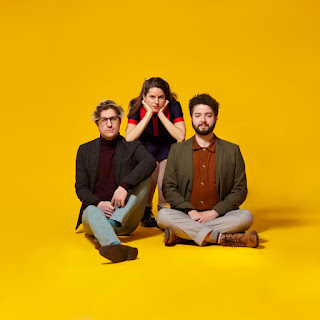 Toronto’s Cherry Blaster pushes intimate bedroom pop musings into curious and full sonic dreamscapes. Brainchild of Iulia Ciobanu, Cherry Blaster was born out of a laptop synth project and has morphed alongside Iulia, growing in sound, scope and members.

Currently a three-piece, the band explores longing and uncertainty while striking the perfect balance of closeness and detachment. Playful, with aggressive edges and an eccentric approach to rhythm, Cherry Blaster hints at the vocal stylings of Mitski while recalling Metric and St. Vincent at their earliest and most compelling.

Yet their approach is innovative and fresh, shaking up and pushing past what is expected from indie song structure. Cherry Blaster is eagerly prepping new material with which to return to Toronto’s intimate and dynamic music scene.