Luianna - The Ragged Roses - The Shipbuilders 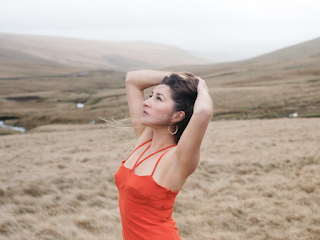 Talking about the single, Luianna elaborates, “this song was written about my Dad. The music was written to feel out and describe the feeling of the lyrics and the story in my life, a gentile start going into noisy chaos”.

Luianna was born in London, brought up in South Wales and has since spent the past fifteen years between Bristol and Berlin. Her upcoming EP was recorded in The Famous Gold Watch Studio in Berlin. 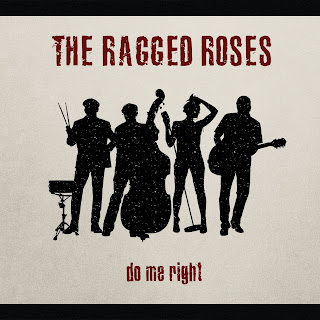 The Ragged Roses - Do Me Right.

Now, take 2 gallons of Wanda Jackson,2 Gallons of Etta James, a spoonful of Howlin' Wolf, a shot of Dick Dale, Add some Cramps and a pint of Nick Curran, mix that all up, shake it, stir it, and light it on fire.

The result you get: The Ragged Roses!

The Ragged Roses combine the rock & roll spirit of the 1950's with the attitude of modern roots gunslingers.

It’s a new band, female fronted by Katrien, the embodiment of wild performing art, combining stunning vocals with stunning looks, being backboned by – you can call them although their relative young age and wild raging hearts - veterans of the Belgian roots scene. Watch out for that slapping, walking, gypsy swinging upright bass and lightning bolt guitars, surfing on a wave of groovy drums !

The Ragged Roses are now releasing their debut album “Do Me Right”, containing all self-written original songs and one cover of the great Del Shannon. 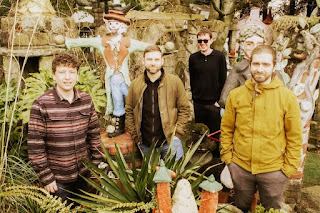 An eerie, psychedelic shuffle that brings to mind the freakier sides of Love and The Coral, ‘Forest Floor’ features a bass-led groove that descends into chaos with an extended outro made up of ghostly, wordless vocals, haunting harmonica and tumbling piano, all blown about by a storm of reverb-heavy guitars and relentless motorik drums.

Speaking of the track, lead singer Matty Loughlin-Day explains: “The song sings of an impending storm, prophesised by an old sage and queries whether there is hope left in the town or whether it’s best to return to the land and find safety. Ultimately, the hero of the song is trying to find his best to way to survive on the line between the smug and the damned”

LUIANNA The Ragged Roses The Shipbuilders