Swedish artist Many Voices Speak has announced her second album 'Gestures' will be out on 29th April via Strangers Candy. Having released two previous singles 'Seat for Sadness' and 'Within Reach', she has now shared new track 'Nothing is Gone'. She explains: "Nothing’s Gone is about coping with the physical presence of something that is no longer there."

Many Voices Speak, the project of Swedish musician Matilda Mård, has always found its power in its ability to capture an eternity in an expression. Mård’s elegant, yearning dream-pop makes the world seem to slow down around it, where time stretches out, and you can get lost in the deep pools of memory and emotion. After the success of her 2018 debut 'Tank Town,' her new album 'Gestures' showcases her growth as a songwriter, one more comfortable in her own skin. 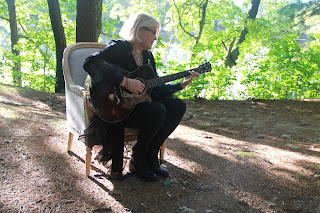 Boston award-winning, songwriting boss Susan Cattaneo has shared "Borrowed Blue," from her forthcoming LP, All Is Quiet, which is also released today.

This spare, beautiful track tackles the complicated relationships we, as women, have with our mothers and our daughters - "What do we, as women, inherit and what do we pass on? What roles do we play and what sacrifices do we make?" Susan asks. "I am the daughter of a mother in her nineties and the mother of a teenage daughter, and I wanted to explore these themes and show how sometimes we are caught between what we’ve been taught and being our true selves."

The most powerful voice in the room isn't always the loudest one.  On her new album, All is Quiet, Susan Cattaneo sings softly and carries a big song. Nine big songs, actually. Recorded remotely during the initial months of the pandemic, All is Quiet reflects Susan’s heartache for the world, but also reveals how she rediscovered joy and resiliency through music.

It’s been an extraordinary and challenging time to be a musician and creative person in the world. For many artists and musicians including Susan, those first few months of the pandemic were filled with uncertainty and fear. When the quarantine shut everything down, opportunities were cancelled, collaborations were scrapped and most importantly, momentum was lost. For the first time in her life, Susan felt creatively muted. All is Quiet was the project that helped her process these feelings and in making this album, she found the joy and redemption that only music can bring. 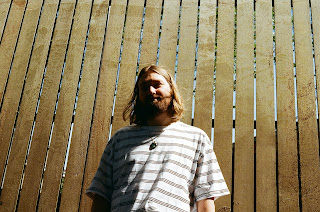 Jesse D’Kora is an indie/dream pop artist based in Salford (UK). His new song - ‘dont fool with a phantom’ - is his 4th single in as many months. Continuing on the one release per month plan for 2022, this latest track is fun, nostalgic, and crammed full of great vibes.

Jesse tells us "I wanted to make a song that made me feel like I was back in the 90s watching cartoons again. Inspired by those early mornings as a child in front of the tv with some sort of ridiculously unhealthy and tasty cereal, the title of this track is taken from an original classic Scooby Doo episode. Looking back I find the idea of chasing and unmasking the bad guys for them to only turn out to be someone you know and don’t expect strangely paralleltek in adult life. Specifically with the new age anonymity that the internet brings, I decided this song is for the trolls. So any internet trolls out there, this ones for you! ;)"

He continues "Musically it's similar to many of my other tracks; it's got the jangling guitars, surfing drums, washed out vocals and to the point structure. On its own, I think it's a track that wants to chase you down a hallway lined with doors, for you to go in one door and come out of another and the chased become the chaser… or something like that!" 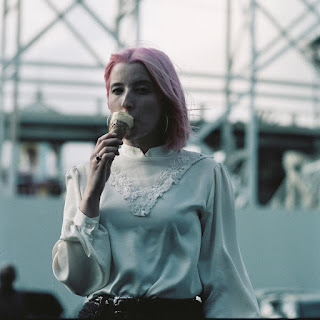 Georgia State Line has been on a hot streak since the release of the highly acclaimed and ARIA charting album, ‘In Colour’, released through Cheatin’ Heart Records/Spunk Records.

As one of the most talked about Americana acts in Australia thanks to the refreshingly honest, yet melancholy sounds, that are even parts heartsick and hopeful, Georgia State Line takes the third single from the album to Australian radio, ‘Jackson’.

According to Georgia Delves, ‘Jackson’, is a track inspired by the comfort found in an old worn song.

“Just like good friends, they’re there for us in the best and worst of times, softening the blows and making us all feel a little less alone”.

The Deslondes - South Dakota Wild One.

The Deslondes are set to return with Ways & Means July 8th, 2022 via New West Records. The 14-song set is their first album in five years and follows 2017’s critically acclaimed Hurry Home. Ways & Means was produced by The Deslondes & their longtime collaborator Andrija Tokic (Alabama Shakes) and was recorded at The Bombshelter in Nashville, TN. The album features Margo Price on the title track, as well as Twain and the multi-instrumentalist Billy Contreras on multiple songs as well.

Long combining elements of early Stax, Sun, and Atlantic Records with the influence of a more raw, stripped-down sound gleaned off field recordings from Alan Lomax and the Mississippi Records catalog, the band also incorporate psychedelic flourishes that bring to mind the sonic experimentation of Joe Meek, Lee Hazlewood and the Velvet Underground. Infusing everything from saxophone, flute, and synth to string arrangements and a full drum kit for the first time, the group naturally progresses and evolves in real-time on their third full-length offering.

Lauded as “burgeoning stars” by The New York Times, The Deslondes’ 2014 self-titled debut was a breakout hit praised by NPR as “energized, elegant, and new,” and their follow-up, Hurry Home, earned similar acclaim with Rolling Stone calling it “a gritty, grimy mix of early rock ‘n’ roll and lo-fi R&B.” Following the band’s hiatus in late 2018, members Sam Doores and Riley Downing each released their debut solo albums to critical acclaim. PopMatters called Doores' eponymous debut “...a deeply poetic and haunting collection that draws upon the musicians’ disparate influences” and “Perhaps not since Los Lobos’ Kiko has an artist so effortlessly married avant-garde and everyman sensibilities, arriving at a place where childlike curiosity meets the fruits of patient practice and ambition.

Deep knowledge and unbound imagination coexist peacefully, happily, throughout. Of Downing’s Start It Over (2021), Uncut Magazine in the U.K. called it a “dusty triumph” and described his voice  “...like Johnny Cash with a hangover,” exclaiming “His brain…is abuzz with sounds and ideas, which makes his solo debut a thrill.” The first sampling of Ways & Means is “South Dakota Wild One.” 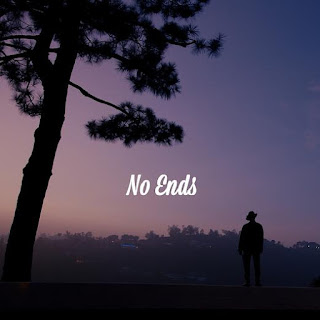 “No Ends” conveys to listeners the range of talent of which Seth Horst, known musically as Nice Vice, is capable. Being in your twenties is an exhilarating yet confusing time, and “No Ends” displays the personal strife of having to figure that out. Horst explores how to set boundaries, learn and maybe unlearn life habits, and simply understand how to let things be in his newest single.

“‘No Ends’ went through a lot of phases,” says Horst. “The chorus of this song was originally a slower verse from another track, but after some experimenting and switching things around, it somehow turned into this! It ended up being my favorite recording process of all the songs on the EP!” Similar to his previous release, “Bloom,” the new single was also mixed by Zak Van Zeumeren and mastered by Theodore Papadopoulos. Both songs have been a thrilling look into the upcoming EP from Nice Vice, which he has described as having two main themes.

“Half of the tracks deal with different stages of being in love,” explains Horst. “Some good, some bad, and just the general feeling of new love and how great that can be and then also how bad it can be. The other theme is ego death: dealing with your own personality, breaking points, and becoming someone else.” The EP, entitled First Dose, will be released later this year.