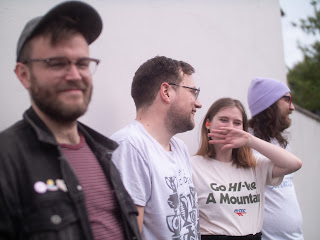 London DIY punks Fresh have announced their forthcoming new album, ‘Raise Hell’, out 1st July on Specialist Subject. Alongside the announcement, they share lead single ‘Babyface’, a song written in early lockdown, “hence the ‘boredom’ refrain” says lead singer and songwriter Kathryn Woods (cheerbleederz, ME REX). “It’s a song about having a mind that’s both overstimulated and under-stimulated at the same time. The light, airy synths make it a cry for help masquerading as a pop song.” This is a sentiment that runs through much of ‘Raise Hell’ – the push and pull of conflicting emotions, wrestling with opposing personality traits, the tension between learning to self-love and yet wanting more.

Fresh have been an unwavering fixture within the UK punk scene since their first record in 2017. A joy to behold live, lead singer Kathryn Woods honed her craft not only fronting Fresh but as a member of several heralded indie and punk bands, including cheerbleederz and ME REX alongside Fresh bandmate Myles McCabe.

Having shared another single from the album towards the end of last year, Fresh have shown no sign of slowing down; ‘Morgan and Joanne’ references the story of a blind date that went viral in 2019. “It’s about queer joy and queer visibility” says Woods. “I wrote Morgan & Joanne because I was so struck by the charm of Morgan and Joanne and how they turned what had the potential to be a typical first date into an adventure. The song is about the magic of meeting someone who you really fancy for the first time and kind of escaping into a different realm with them. I think popular media and historical narratives tend to make queer relationships tragic instead of focusing on all the joy and possibilities that they hold, so I wanted to put a song out there that’s sweet and funny and empowering to counter that a little bit.” 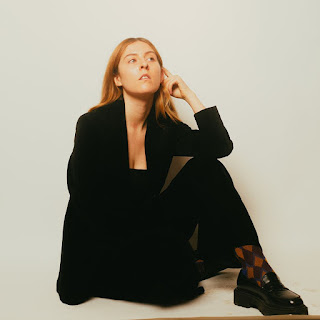 London singer songwriter Wildes returns this week with her new single "Woman In Love". The new track is the first to be heard since her 2020 EP 'Let You Go' and debut EP 'Illuminate'. Sonically falling somewhere in a Bermuda Triangle of Angel Olsen, St Vincent and PJ Harvey, Wildes' music sits within an entrancing skeleton of folk songwriting, all the while lifting the listener up on a storm cloud of cinematic electronics and her sharp, honest lyricism. Wildes’ sound is one that never falls short of empowering, and new single "Woman In Love" is a biting first taste of her currently unannounced debut album, due for release later this year.

Produced by St Francis Hotel (Michael Kiwanuka, Little Simz) - "Woman In Love is a song of anger," Wildes explains. "It's all about the facade presented by someone who isn't all that happy, and the rage that lies under the glassy exterior. I had put on a brave face for so long when I was in fact feeling underestimated, scared, manipulated, and cornered. I wanted to release that fury and fear in to a song and be honest for the first time about how I was feeling. The music was part inspired by artists who occupied my head at the time - PJ Harvey, Patti Smith, SASAMI. Unapologetically honest women and musicians. They gave me permission to come out of the box I'd been cowering in."

Wildes is the solo project of Ella Walker, a singer songwriter and multi-instrumentalist based in London. “Come on and bare your teeth” urged Wildes on her soaring debut single "Bare". And bare she did, tenaciously carving out a path that saw her release 2 acclaimed EPs; ’Let You Go’ and ‘Illuminate’, which have over 60 million streams across platforms to date; firm radio support across BBC Radio 1, 2, and 6 Music, as well as Radio X, KCRW, and European stations 3FM, Flux and Radio Eins.

The viral success of Wildes grabbed the attention of Danger Mouse, who became her publisher, and led to over 20 notable syncs on US TV shows like Suits, Scream and The Royals. On top of UK tours supporting Isaac Gracie and Ardyn, Wildes' music has received widespread press support from outlets including Consequence, The Line Of Best Fit, Metro, Stereogum, Notion, Clash Magazine, DIY Magazine and more. 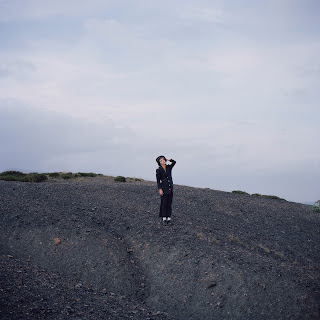 Dana Gavanski - I Kiss The Night.

Taken from her forthcoming album When It Comes which is out on April 29 through Flemish Eye, Dana Gavanski has just shared the video for the opening track on the LP, "I Kiss The Night". The video, directed by Gaia Alari, is made up of 1,700 hand-drawn frames, around 12 drawings per second, creating a beautiful stop motion animation that fits the music perfectly.

“The nocturnal and lulling atmospheres evoked by Dana's song,” says Gaia, “had me design a video treatment that aims to represent a dreamscape, or, more precisely, the moment of drowsiness happening right before falling asleep. By entering the door of the liminal space between awake and asleep, the character erases the external world and enters within her brain, experiencing a maze made of layered visions, distorted perception of self, time and space, intrusive thoughts that range from playful-bizarre-uncanny sequences to reassuring memories, in the attempt to fall asleep and finally shut the door.”

Dana wrote the song whilst cat sitting alone in her friend’s apartment in Montreal: “It’s an ode to the night, learning to lean into its magic and the spookiness of solitude in a winter storm.” Yesterday Is Gone is the follow-up to her 2020 debut When It Comes. It was started in Montreal, ended in Belgrade, recorded back in London at Total Refreshment Centre, and then mixed by Mike Lindsay (Tunng, Lump). 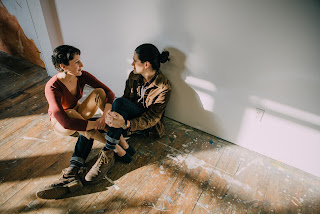 Every note of The Shield urges you to surrender to the infectious sense of wonder evoked when driving North and West around Superior. Vivid storytelling pairs with rich strings to create sweeping vistas, with the listener in the passenger's seat; The Shield is as lush and dynamic as the locations it describes. The name of Stuart McLean is invoked, and is not done lightly: this new single by Tragedy Ann rings with a familiar awestruck love and gratitude for the landscapes that define travel in this part of the world.

With their upcoming album Heirlooms (May 6, 2022), Liv Cazzola and Braden Phelan issue a call for deeper connection with each other and with the natural world. The answer to this call is reflected both in the collaborative creation process and the meaningful ways in which Heirlooms will be shared. Setting these intentions rooted them and provided the insight needed to nourish the project and create something lasting.

"We want Heirlooms to encourage listeners to question their individual choices and reconsider the experiences of others in their communities, provoking critical thought rather than merely expressing our opinions. In order to encourage this in others, we must do so ourselves." Heirlooms is an opportunity to reconnect, share stories and learn.

The album is a follow up to their 2018 release Matches which garnered them two ‘Songs from the Heart’ songwriting awards (Folk Music Ontario), international critical acclaim, Canadian folk/roots radio charting, and syndication on CBC Radio and Stingray Music.