Blunt Chunks - Part Of Me.

The Toronto-based project, Blunt Chunks, helmed by Caitlin Woelfle-O'Brien (Jaunt) has just shared "Part of Me" (which features Brendan Canning of Broken Social Scene), the latest to be lifted from the forthcoming debut EP, Blunt Chunks which is set for release this Friday, May 6 via Telephone Explosion Records. Featuring Scott Hardware and members of The Weather Station, Luna Li, Hooded Fang and more, the new EP, which has found tips so far from Paste, FLOOD, Brooklyn Vegan, KCRW, Exclaim, CBC Radio and more, grapples with the many functions of heartache, using music as a mechanism to memorialize the past and the first step to breaking a cycle of self-neglect.

Produced by David Plowman (The OBGMs, Islands) and Nathan Burley (Young Clancy), the EP harnesses a weightless style of guitar-driven pop where Woelfle-O’Brien blends spacious psychedelic country with the unignorable churn of 90s alternative rock. The result is a record deeply uncomfortable with secrets. Woelfle-O’Brien opts to honor — with a Dolly Parton-esque devotion to clarity — her motivations for past entanglements, both devastating and exalting. And yet, the EP rings with quiet optimism, steadfast in its search for the kind of love that’s attentive, honest, and transformative.

"Part of Me", which arrives with a stunning visual, directed by Woefle-O'Brien and Emma Cosgrove and features Canning of Broken Social Scene on piano and back vocals, arrives as the final advance installment of the forthcoming Blunt Chunks EP. It returns to some Woefle-O'Brien's more intimate, soothing sounds, reckoning with the idea that as you grow older, the people you once love are inherently a part of you despite you occasionally wishing they would leave you.

"I wrote this not long after being in Berlin about realizing how the people you love are inherently a part of you and how sometimes you want them to just get out of you," explains Caitlin, "but also that you desperately want them to love you right and give you all the things you need... but then you realize you have to do the self-improvement on your own. I also think this song is kind of a narcissistic anthem... “me me me, I want this, blah blah blah”. It’s very self-involved and just a pleading cry to the heavens to be a better person and have a better life and be loved. It’s got a real element of fantasy and desperation. I recorded a demo of it in the studio one night kind of free-form (I hadn’t figured out a structure yet so it was essentially improvised) and we just built the whole song on that recording! David had a wild idea near the end of the recording process to add a “choir”. We reached out to some amazing singers/musicians and they agreed to record at home and send it in! I’m seriously honored." 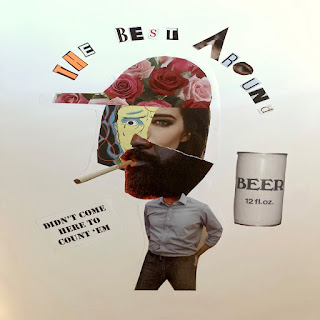 The Best Around - Didn't Come Here To Count 'Em.

"Didn't Come Here to Count 'em" is an adrenaline shot from the first note to the last. Multi-instrumentalist Todd Pruner kicks the song off with a string-bending Telecaster lead that is sure to knock over some tables as people jump to their feet. Pruner also plays the bass, acoustic guitar and microKorg synth on the track.

Multi-instrumentalist Jon Merz drives home the chorus with this trumpet and trombone horn section, raising the energy to the roof. All the while, singer and songwriter, Camron Rushin tells the tale of a light-hearted sot on a bender who is secretly burdened by being the "victim of the ages." At each stage of his journey, our hero is interrogated about how many he's had to drink — with the song's refrain serving as his response to each inquiry. The song reaches a climactic ending as the band heads into jazzed-out, wall-of-sound territory.

Rushin discovered the key line in the song years ago while out with his family when his aunt asked his uncle how many beers he had had to drink. "I didn't come here to count 'em. I came here to drink 'em," he replied. While laughing at the sarcastic retort, everyone in the groups' ears piqued as they almost all said in unison, "that'd be a great line for a country song."

The Best Around formed at the beginning of the pandemic in March 2020. To conform to social distancing measures, they didn't meet to practice and write, but instead recorded each of their parts in their own respective home studios, tool sheds, and closets. Very little instructions were given as tracks were passed back and forth, leading to a sense of freedom in collaboration that can be heard across the recordings.

The Best Around · Didn't Come Here To Count 'Em 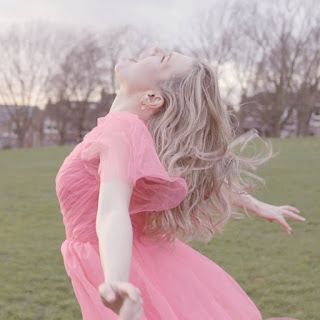 Fransis are a four-piece, London based alt/indie band made up of front woman and singer-songwriter Emma Withers, along with guitarists Alex Scott, Stefan Kotlarz and bassist Craig Rattray. Formerly known as Emma & the Idles, the band have been hailed as 'Jessie J meets Joan Jett', making a name for their balls to the wall approach to their sound and sharp songwriting style.

Reminiscent of Wolf Alice and Florence + The Machine, Fransis make music that smacks you in the face in a slightly different way, and whilst they float between genres of rock, indie, pop, soul and blues; they show an unrelenting penchant for dramatic, powerful and meaningful music. After busking on the streets of London and making a name for herself as a unique and energetic performer, powerhouse singer Withers decided to form a band to accelerate the sound she so desperately wanted, and boy did she get it. Fransis was born.

“Honeymoon” is the first single to be released off of their upcoming EP, which narrates a journey of womanhood. The story starts with “Honeymoon”, taking a fond look back on the sweetness of childhood rebellion and the sense of freedom and indestructibility you feel as a teen. Withers lyrically recounts stories from her formative years as her now adult self, sharing “It’s nice to have an uplifting sense of appreciation for my own personal experiences which have moulded me even if they didn't seem so poignant or great at the time, how we know not what we have until it’s gone. With that being said there is nothing melancholy about this narrative, I have such a tenderness and affection for my teen self, an enjoyment to revisit her and a continuation of personal growth and one day looking back at myself now with a similar fondness.” Singing, “It was a honeymoon, a cocoon, feeling like someone new”, the music is driving yet ethereal with pop elements that will have you singing the hook all day long.

Giving us a taste of what to expect from the EP, “Honeymoon” is just a hint of the outpour of emotion that they are forecasting. To celebrate their EP release, Fransis will be hosting their very own launch party at The Water Rats in London on 1st July 2022. 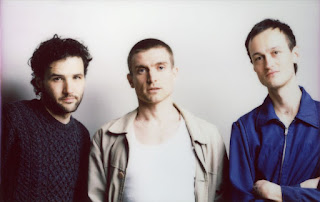 In February, Cola, the new project from former Ought members Tim Darcy and Ben Stidworthy and US Girls/The Weather Station drummer Evan Cartwright, announced their debut LP Deep In View (out May 20th on Fire Talk Records). With the early singles "Blank Curtain," "So Excited" and "Water Table" immediately earning praise from outlets like Pitchfork, NPR, FADER, Stereogum, Uproxx, Paste, BrooklynVegan, Consequence, Clash, NME and Rolling Stone who named the band an Artist You Need To Know and called their debut "one of the year’s most thrilling rock statements," the album has rapidly become one of the most anticipated releases of a busy spring.

"The character in 'Degree' is cycling in and out of these dreamscape states (movie theater, meditation, etc) and then trying to catch up to something in their day to day life," says Darcy. "I picture what it feels like running to catch the bus when you're in a daze and suddenly have to sprint."

"'Degree' is based on a 2-step kinda track I produced while trying to do the fabled and well-trodden path of using guitars in electronic music," explains Stidworthy. "I came up with this psych-drenched outro that I really enjoyed so I decided to base a song around that chord progression."

"I wanted the beat to feel like the opening and closing of a mechanical valve," Cartwright adds. "The guitar riff supplies this relentless propulsion and I thought that the drums should act as a stiff regulator: aggressively blocking, then releasing the heavy flow that comes pouring out of the guitar."