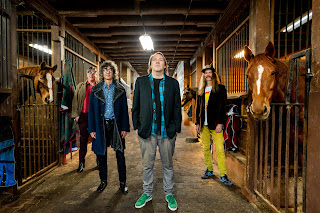 GA-based psychedelic folk band Elf Power released the official video for the title track to their forthcoming album Artificial Countrysides that will be released on July 15 via Yep Roc Records. The video was directed and filmed by Dickie Cox. The band will kick off their summer tour on July 13 in Milwaukee, WI  and will make stops in Philadelphia, New York, Atlanta and more. Find a full list of tour dates below or at elfpower.com.

“The title track lyrically addresses the songwriting process, and the creation of miniature worlds within songs, propelled by a frantically fingerpicked acoustic guitar line that imagines what acoustic guitar virtuoso John Fahey might sound like if he played with a rock band,” explains singer and multi-instrumentalist Andrew Rieger.

The new song followers the release of the official video for “Undigested Parts” and “The Gas Inside The Tank,” which was covered by Stereogum, Under The Radar and BrooklynVegan, who said “It finds their unique psychedelic pop/indie rock fusion sounding as great as ever.”

Rieger and his Elf Power bandmates — drummer Peter Alvanos and guitarist Dave Wrathgabar, with contributions from keyboard player Laura Carter — have created some of the band’s most expansive musical terrain yet. Along with a blend of fuzz-tone electric and layered acoustic guitars, Moog keyboards and lively drums, the group experimented with the sounds of marimba, Mellotron, harpsichord, synth bass and distorted drum machine loops, taking a try-it-and-see approach to recording in the studio.

Artificial Countrysides is Elf Power’s 14th album across their almost 30 year career. The collection centers around the gray zones where the natural world collides with the creeping encroachment of the digital realm, where the balance between real and simulated can shift from one minute to the next. “That title also describes the songwriting process, of world-building or creating an artificial landscape within a song,” explains Rieger. 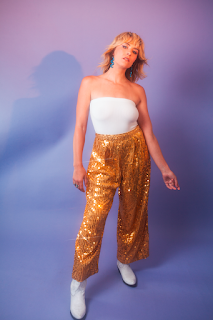 Haley Johnsen is a Portland, Oregon-born musician with a knack for genre-bending and a hard-earned career path that is uniquely her own. Raised listening to powerhouse singers such as Brandi Carlile, Grace Potter, Eva Cassidy, and Bonnie Raitt, her greatest inspirations become apparent in her soaring vocals, introspective lyricism, and cross-pollinated style of indie-pop, and bluesy folk rock music. Whether her songs muse on the aches of self-doubt, the joy that can accompany nostalgia, or simply trying to stay afloat in tough times, her bona fide songwriting combined with her performance ability is bound to evoke an emotional response. “I want my music to encourage people to push through their challenges and continue to have hope and belief in themselves and their authenticity,” she says.

Growing up as a competitive gymnast, Haley quickly learned how to be a daredevil and step outside her comfort zone. This influenced her musical journey by prompting the prolific songwriter to take inventive and unexpected risks sonically at an early age.  In the span of about three years, Haley wrote around 200 songs in her parents back shed, with the most memorable songs being added to her debut EP, Through the Blue, which was released in 2015. She followed up with her second EP, When You Lit The Sky, in 2017, along with a handful of singles and national tours. It was through her critically acclaimed 12-track debut album, Golden Days, where she gained much deserved recognition and ignited the interest of Allen Stone who appeared on the album. Later that year, Haley began touring with the power-trio sister-band Joseph and with EDM/Indie pop artist Big Wild, who she currently works with as a bassist and back-up vocalist. During her first Europe tour in January of 2019, Haley was further granted the opportunity to record an acoustic album entitled London Sessions at the Legendary Abbey Road.

Her 2021 single “Goner” was written in a bathtub in a vintage trailer in the midst of having an existential crisis. The songwriter confides, “it came to be about the romanization of nostalgia; the longing for what once was our youth and also the fear of death. It's about my own internal struggle trying to stay present and at peace with who I am now, where I am now, and realize that my childlike self is still very much alive in me. It's a reminder that I don't need to be afraid or insecure with where I am in my life.” Featuring honey-dipped vocals, breezy guitars, and sweeping 70s inspired folk rock soundscapes, “Goner” is a sun-drenched melancholic daydream.

With her release "Higher" Haley Johnsen explores "not giving up on yourself. It's that feeling of knowing that no matter what, you're going to continue growing, continue dreaming, and that in itself is the greatest high. Knowing that you've built that trust within yourself to keep going even when life has worn you down," she confides. Featuring a stirring melodic hook, orchestral percussion and dreamy slide guitar, "Higher" is the perfect anthem of self love. 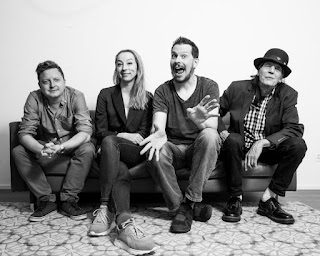 The BB House Band - Without You.

What a great feelgood-tune! Especially in these turbulent times: 'Without You', the new single by Lucerne-based The BB House Band, is a rousing short pop-ska-smasher. Kamila's voice is electrifying. Her attitude: somewhere between The Pretenders and No Doubt.

The BB House Band – the name says it all: «BB» stands for the legendary Lucerne music bar The Bruch Brothers. The 4-piece is their house band – and all those years of live experience can be heard in the sound.

The BB House Band was founded by Patrick Archer, a rock musician from San Francisco, who's been organizing the Bruch Brother`s jam sessions for the last twelve years. 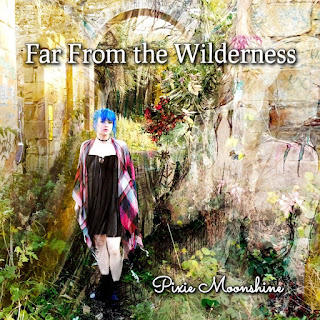 It’s been more than seven years since Pixie Moonshine last released a collection of her moody alt-rock musings. The former leader of Toronto’s gender-bending progressive grunge group, Tripping Hazard, relocated across the ocean to Scotland following the group’s dissolution, promptly met a friendly giant, and replicated herself, twice. While doing all of that living, songs continued to percolate and coalesce, as they tend to with those permanently tethered to the muse.

With a bit of breathing room afforded by older replicants, and overseas support from former Tripping Hazard drum beast, Scott Gray (your humble narrator, aka The World Next Door), Jennifer Once-Hall-Now-McDonald began the task of committing her rapidly growing collection of songs to record. The results of this dual continent collaboration are what we’re thrilled to share with you now. And this is only the beginning, with pre-production started on multiple albums full of backlogged material.

In Jen’s own words, Far From the Wilderness is about “Settling into a new place once the shine of adventure has worn off and homesickness has truly kicked in; throwing yourself into a new life and realizing you’ve lost yourself somewhere along the way. Also, quite a bit about missing sunshine.” 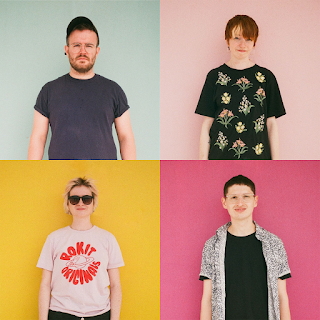 Me Rex - Toilet Of Venus.

ME REX have shared another cut from their forthcoming EP, new single Toilet of Venus is out today via Big Scary Monsters. Hot on the heels of this year’s Pterodactyl EP, ME REX recently announced their brand-new record – Plesiosaur – out 17th June on Big Scary Monsters, alongside a UK tour with Aaron West and the Roaring Twenties.

Across the four tracks of Plesiosaur, ME REX wrap sharp wordplay around vibrant fuzzed out guitars and keys. Toilet of Venus is an extension of another track on the EP, Lager Door. While the former looks at present struggles, the latter is inherently nostalgic.

“Toilet of Venus looks at present struggles and what they will reveal. The Toilet of Venus is a scene often depicted in classical paintings, by people who could not have foreseen the way that language would change the meaning of the word ’toilet’. This kind of shift in perspective is what made me want to use it for the title of this song” songwriter Myles McCabe explains.

The band have worked hard over the last couple of years to refine the unique characteristics that make them so addictive to listen to - rhythmically charged narrations and a musical stream of consciousness. Themes of friendship, forgiveness, loss, and joy wrapped in fast paced poetic vignettes; ME REX challenge the listener’s preconception of how a song can be structured.

Beginning life in 2018 in the home of McCabe, experimenting with shouty, electronic bedroom pop, ME REX formed when he was joined by long-time friends Kathryn Woods (guitar/vocals), Phoebe Cross (drums/vocals) and Rich Mandell (bass/keys/vocals). 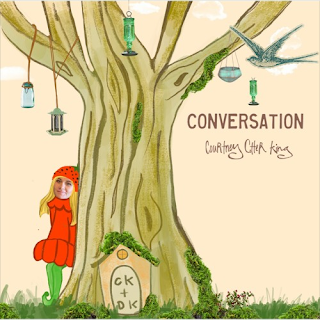 "Conversation" tenderly takes one back to the initial feelings of falling in love. It perfectly describes that moment when someone has admitted to themselves (and are one conversation away from admitting to their significant other) that they could sit and talk to that person forever. ”Time goes so slowly whenever you’re gone and time it glides whenever you’re near. All that I want is to sit here with you, with no alarm clocks ringing in my ear.”

Sweetly relatable, its message is circled by Courtney’s notable vocals and piano and an array of twirling strings, along with guitar and percussion. It will have people longing to fall in love, or thinking back to when they first fell in love and the power of that one conversation that changed everything.

Courtney Cotter King artistry drives her blue-eyed soul, singer-songwriter genre. Courtney is a mom of 3 children with a 4th on the way. She hopes to inspire moms that creativity doesn’t have to stop when kids are created. She humorously balances gigging with nursing and finger painting with songwriting. “Marriage and motherhood has opened me to songs I could have never written without these sweet souls in my life.”