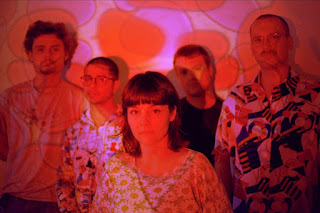 Female fronted Indie/Dreampop quintet Moonpools from Basel, Switzerland have just released their terrific new single ‘Damaged Goods’ via Young and Aspiring! With their newest effort, Moonpools skilfully prove that they are in no way inferior to household names such as Soccer Mommy, Snail Mail and Hatchie.

Moonpools are a five-piece band from Basel, formed in 2016 by Marcie Nyffeler (vocals/ guitar), Jasper Nyffeler (drums), and Francesco Vona (keyboard) and completed in 2017 by Matthias Gusset (guitar) and David Blum (bass). The latter are known from various Basel-based projects such as Sheila She Loves You, Don't Kill The Beast, Brainchild and Mastergrief.

Moonpools released their first EP 'Turbulent Times' in 2019, which was immediately met with positive reactions: For example, the single ‘Brainbug’ was chosen as ‘Song of the Week’ by Swiss national radio station SRF Virus. After a few concerts, including support shows for Oso Oso and Prince Daddy & The Hyena the band started working on new music. The resulting songs will be released in the form of an EP on Young and Aspiring in the late summer of 2022.

The songs became increasingly louder, distorted and straightforward. The sound is inspired by artists like Hatchie, Snail Mail, Ride and Soccer Mommy and moves between Indie Rock and Dream Pop with rousing guitars and anthemic synth parts.

And exactly this mixture can also be heard on the new single 'Damaged Goods', which is also considered the turning point of Moonpools' musical journey. Despite its relaxed mood, the song is to be understood as an ode to the universal lostness and confusion of human existence. This also shows a great strength of singer Marcie Nyffeler (originally from Durham, United Kingdom), who balances between cheerfulness and melancholy with her voice and lyrics seemingly effortlessly, bringing a smile to one's lips while still wiping a tear from one's eye. 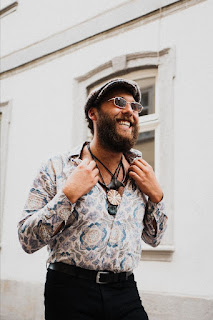 Everyone needs some good ol' loving. Especially in these times. The song is a summery soul shuffle with the message "be kind to each other, because there is already enough misery in the world". Recorded the way they did it in the 60's at STAX Records. Covid has had us all in its power. For Marlon Pichel this was no reason to sit still, quite the contrary. He decided to record his first solo album.

Originally a soul guy, Marlon Pichel used the Covid period to unravel the origins of the STAX Records sound. Besides reading articles, books and endless experiments in the studio with his producer and friend Kees Braam (Deersound Studio, Certain Animals), he wanted to get even closer to the source. Soon after, legendary STAX producer Terry Manning, known for his work with Otis Redding, Wilson Pickett, Booker-T and the MG's and Al green, came into the picture. He was so incredibly kind to answer all questions in a long video call. With all this information in their pocket, Marlon and Kees could start making a STAX inspired 60's Southern soul album.

Now a year later, the album has been completed and Good Ol' Loving is the first single to introduce the soulful sounds of Marlon Pichel to the world to let you relive the STAX sound in the most respectful way.

The Early Mays - The Ballad Of Johnny Fall.

Pittsburgh-based duo The Early Maysannounce their forthcoming EP,Prettiest Blue, which will release on July 1, 2022. Composed of artists Emily Pinkertonand Ellen Gozion, the pair sing Appalachian-inspired songs over a lush accompaniment of fiddle, banjo, guitar, and harmonium. Somewhere on the border between old-time music and modern American songwriting, The EarlyMays have built a band with harmonies that feel like home. It’s a partnership that has shared slow-burning, perfectly paired vocals for ten years—from NPR’s Mountain Stageto house concerts all over the mid-Atlantic.

“I think part of our aesthetic comesfrom being introspective people,” Gozion reflects, “We don’t have a flashy, fast sound, but if you let the music engulf you, there are lots of layers. Our songs give people a place to slow down.” “The Early Mays rehearsals are restorative for me,” adds Pinkerton. “The hours spent in Ellen’s living room, with coffee and dark chocolate, following the harmonies wherever they take us, laughing and just loving that exploration as much as we love singing for other people. I hope you can hear the joy of the process in Prettiest Blue.” From the old-time music community, The Early Mays have absorbed the culture of deep listening that’s central to playing with sensitivity. “Revivalists like us–who didn’t live and breathe Appalachian music growing up–still learn andcreate by ear for the most part,” Pinkerton explains. “Being able to carry hours of tunes in my head was life-changing. And there is new meaning to uncover each time you return to a field recording or slowly build a relationship with a mentor.”

That practice of deep listening–and slow, careful craftsmanship–spills over into every Early Mays performance and production. The duo strives to sculpt a warm, immersive sound. When recording albums, the band has explored everything from a single condensermic in a church sanctuary to analog tape and vintage compressors. ForPrettiest Blue, they were looking for a pared-down “in the room” sound, and recorded at Audible Images in Pittsburgh with Hollis Greathouse, combining live takes with multi-tracked vocals and cello. Drawn by Alex Perialas’ work on Richie Stearns and Rosie Newton’s latest release, The Early Mays decided to mix at Pyramid Sound Studios in Ithaca, NY. Cellist Nicole Myers joins the Mays onPrettiest Blue, lending sweeping melodic lines to support the vocals and old-time textures 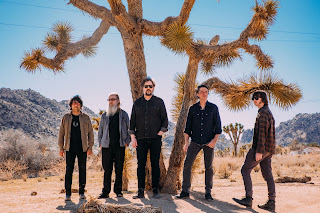 “Around the same era of Club XIII, I spent a lot of time driving around late at night when I couldn’t sleep,” says founding member/vocalist/guitarist Patterson Hood, “listening to music loud and often having a beer or two. Sometimes during those drives, I’d have these epiphanies about what to do with my life - like listening to Tim by The Replacements not long after it came out and deciding to drop out of school to try and make this whole band thing work.”

Welcome 2 Club XIII also includes the spirited, horn-blasted “Every Single Storied Flameout” and the album’s swinging centrepiece, “Welcome 2 Club XIII,” both available now at all DSPs and streaming services; the latter track – which pays homage to the Muscle Shoals honky-tonk where founding members Patterson Hood and Mike Cooley got their start – is joined by an official music video streaming now via YouTube.

Arriving as Drive-By Truckers enters its 26th year, 'Welcome 2 Club XIII' marks a sharp departure from the trenchant commentary of 'The Unraveling' and 'The New OK' (both released in 2020). Produced by longtime Drive-By Truckers collaborator David Barbe and mainly recorded at his studio in Athens, GA, 'Welcome 2 Club XIII' took shape over the course of three frenetic days in summer 2021 – a doubly extraordinary feat considering that the band had no prior intentions of making a new album. Featuring background vocals from the likes of Margo Price, R.E.M.’s Mike Mills, and Mississippi-bred singer/songwriter Schaefer Llana, 'Welcome 2 Club XIII' was recorded live with most songs cut in one or two takes, fully harnessing Drive-By Truckers’ freewheeling energy. Songs like epic, darkly thrilling 'The Driver' and the spirited, horn-blasted 'Every Single Storied Flameout' see the band – whose lineup also includes keyboardist/guitarist Jay Gonzalez, bassist Matt Patton, and drummer Brad Morgan – looking back on their formative years with both deadpan pragmatism and profound tenderness, instilling each song with the kind of lived-in detail that invites bittersweet reminiscence of your own misspent youth.