The Deslondes are set to return with Ways & Means July 8th, 2022 via New West Records. The 14-song set is their first album in five years and follows 2017’s critically acclaimed Hurry Home. Ways & Means was produced by The Deslondes & their longtime collaborator Andrija Tokic (Alabama Shakes) and was recorded at The Bombshelter in Nashville, TN. The album features Margo Price on the title track, as well as Twain and the multi-instrumentalist Billy Contreras on multiple songs as well.

Long combining elements of early Stax, Sun, and Atlantic Records with the influence of a more raw, stripped-down sound gleaned off field recordings from Alan Lomax and the Mississippi Records catalog, the band also incorporate psychedelic flourishes that bring to mind the sonic experimentation of Joe Meek, Lee Hazlewood and the Velvet Underground. Infusing everything from saxophone, flute, and synth to string arrangements and a full drum kit for the first time, the group naturally progresses and evolves in real-time on their third full-length offering.

Lauded as “burgeoning stars” by The New York Times, The Deslondes’ 2014 self-titled debut was a breakout hit praised by NPR as “energized, elegant, and new,” and their follow-up, Hurry Home, earned similar acclaim with Rolling Stone calling it “a gritty, grimy mix of early rock ‘n’ roll and lo-fi R&B.” Following the band’s hiatus in late 2018, members Sam Doores and Riley Downing each released debut solo albums to critical acclaim.

PopMatters called Doore’s eponymous debut “...a deeply poetic and haunting collection that draws upon the musicians’ disparate influences” and “Perhaps not since Los Lobos’ Kiko has an artist so effortlessly married avant-garde and everyman sensibilities, arriving at a place where childlike curiosity meets the fruits of patient practice and ambition. Deep knowledge and unbound imagination coexist peacefully, happily, throughout." Of Downing’s Start It Over (2021), Uncut Magazine in the U.K. called it a “dusty triumph” and described his voice  “...like Johnny Cash with a hangover,” exclaiming “His brain…is abuzz with sounds and ideas, which makes his solo debut a thrill.” 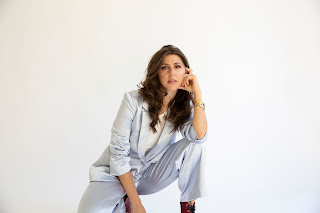 Nashville-based artist Jillette Johnson has just announced her new EP Normal Kid with the official video for the new song “Cul De Sac.” The four song EP, due out on June 15, was co-written and produced by Joe Pisapia who collaborated with Johnson on her critically acclaimed 2021 album It’s A Beautiful Day And I Love You.

“‘Cul De Sac’ is about wanting to feel special and wanting to belong, all at the same time,” explains Johnson. “Growing up, it often felt like I had to choose between the two, but as I got older I realized that my me-ness was only made more radiant in connection to the world around me. I am no more or less than anyone else, and by freeing myself of those comparisons, my star really has the space to shine.”

The Normal Kid EP draws upon late '70s new wave, early '80s synth-pop, and '90s R&B, finding Johnson turning personal revelations about childhood dreams and adulthood realities into universal pop anthems. The EP will arrive with a trio of music videos directed by Grant Claire that were shot over the course of a single day on a vintage Sony Betamax 88 camera. Last month, Johnson released the official video for the EP’s title track.

Normal Kid follows Johnson’s first full length in more than 4 years, It’s A Beautiful Day And I Love You. The album was praised by American Songwriter,  GRAMMY.com, No Depression, NPR Music, Refinery29, Rolling Stone and UNCUT, who called it “a springboard into '60s pop, '70s rock, and Noughties indie...It's an adventurous palette that suits her well.” The Nashville Scene said the album “...offers the kind of songwriting that can make a record feel truly timeless… anchored by floating piano and Johnson’s smooth, flawless vocals.”

Dot Allison releases the third single from The Entangled Remix EP, a reimagining of the Heart-Shaped Scars album track “Cue The Tears” by The Brian Jonestown Massacre founder and frontman Anton Newcombe. This release follows Lee “Scratch” Perry’s remix of “Love Died In Our Arms,” the final production of his career, and The Anchoress’ remix of the previously unreleased “Murder By Heartbreak.”

Last year during covid lockdowns, Dot met Anton online and they began working together, sharing songs back and forth and forming a relationship that eventually resulted in their collaborative creation of the soundtrack for the TV series “Annika.” With proven artistic chemistry between them, Anton’s remix of “Cue The Tears” showcases his unparalleled musical prowess alongside Dot’s one-of-a-kind songwriting and vocals.

The original version of the song, a sound of sparse, intoxicating dream folk, is here reimagined into a hypnotic, psychedelic soundscape under Anton’s production. Dot’s serene, otherworldly vocals are embraced and elevated by the ethereal sound, becoming an instrument of their own, floating dreamily throughout the song.

“I respect Dot's artistry so much.” Says Anton, “I have worked with a great many people, but she is truly unique and an important artist. I have the utmost respect for her personally, artistically, and for her work ethic, and it is a great honor to be asked to do a remix of sorts. Like much of our work together, I try to work around her ideas, rather than gut them, or change the arrangements too much.”

On working with Anton, Dot says, “I love Anton’s music, his unique sound, his perspective on creativity & his approach and vibe as a collaborator..”

The full Entangled Remix EP, out on May 27, also includes contributions from Saint Etienne and Lomond Campbell. Saint Etienne, who remixes the track “One Love,” have always had close ties to Dot, thanks to their mutual connection to Heavenly and Andrew Weatherall, as well as both having come up in the UK indie dance scene of the early 1990s. Lomond Campbell, a BAFTA-winning songwriter and shortlister for the Scottish Album of the Year Award, combines his ambitious creative spirit with Dot’s poignant lyricism on his remix of “Ghost Orchid.”

Following tours with L.A. Witch and Courtney Barnett, and fresh from being invited to record a session for NPR, Vienna 3-piece DIVES release their first UK single Ego.

DIVES are rock ‘n’ roll time travellers taking you on wild 70s road trips and through Venice beach nostalgia with their earworm blend of surf-pop, garage-rock, and Riot Grrrl attitude, with a message very much for the now: Anti-discrimination and pro-equality and humanity. Ego explores selfishness and narcissism via strange conversations, it’s about people who never listen and just keep talking. "You got to listen and stop, listen and stop,” the lyrics say, “This conversation is too odd, you better shut it up”.

The chords and melodies are the sonic equivalent of road-tripping down the highways in a convertible, tying in with the metaphoric chorus "Ego babe, it's your ego babe, you're on a one-way road and you're driving too fast”. On this one-way street is only room for the ego of the person. "Do you worry at all about someone that's not you? “

DIVES are Dora de Goederen, Viktoria Kirner and Tamara Leichtfried, the 3-piece have previously released one album, their debut Teenage Years Are Over (2019, Siluh Records) which showed them to be profound songwriters, with statements against the patriarchy and toxic macho attitudes wrapped in catchy rock ‘n’ roll songs and sweet melodies. They have played over 150 shows in 13 different countries around Europe, supporting Courtney Barnett and L.A. Witch.

Ego is taken from DIVES second album Wanna Take You There which follows in October 2022 via Siluh Records.