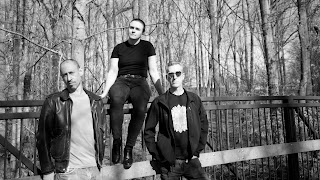 The eclectic New Jersey jazz / rock quartet Joy on Fire have shared their new single “Happy Holidays”, another new track from their forthcoming new album States of America. Unlike previous singles “Anger and Decency” and “Selfies” that took their freewheeling jazz punk sound in a proggier direction with longer runtimes and more experimental song structures, “Happy Holidays” is one of the most immediately energizing songs on the album, wasting no time before throwing you into headfirst into the interplay between guitarist / bassist John Paul Carillo and saxophone player Anna Meadors. As usual, frontman Dan Gutstein’s deadpan spoken word vocals tie the track together, with darkly funny observations and turns of phrase like “I hate spending a lot of time in graveyards / we’re all going to spend a lot of time in graveyards”.

The release of “Happy Holidays” is accompanied by a music video, in which the band performs the song on street corners and graveyards, with Gutstein speaking his lyrics into a cell phone and a broken old payphone. Describing the inspiration and process of making the visuals, John writes: “The video for "Happy Holidays" was directed by Anna and me, and we were able to spin off some of Dan's lyrical gambits, especially "A hood-up is not a phone booth / A phone rings inside a hood-up" as well as the repetition of "graveyards."

We also spun off the spinning motion invoked in the main riffs of the tune.  So the video, surreal and playful ala Spike Jonze's days working with the Breeders and the Beastie Boys, has a lot of spinning in it -- spinning cameras, spinning musicians (that's us!), and people rolling down a hill in a cemetery (us again!).  The video was filmed both outside of Washington DC and in various spots in New Jersey.  The busted up payphone that's featured throughout the video is in Trenton, near band headquarters, and, well...what is it doing there?

The thing hasn't worked in at least five years!, and the receiver -- as seen in the video -- is split in two.  I guess it was there waiting for us to film it!  It’s in front of a church of sorts -- one of those somewhat ungainly urban buildings that calls itself a church -- and as Anna and I were filming, some members of the congregation came out and told us we'd been there too long and that we had better head on out, pronto!  No problem, they came out just as we were wrapping up.” 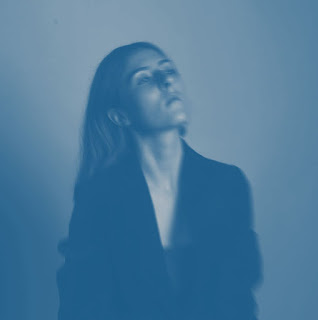 WILDES, the solo project of London-based singer/songwriter Ella Walker, has just released the new single "Lightly". With a sound that never falls short of empowering, "Lightly" and recently released single "Woman In Love" - both produced by St Francis Hotel (Michael Kiwanuka, Little Simz) - are the first tastes of her as-yet-unannounced debut album, due for release later this year.

A defining theme of WILDES' new material is the hard-won process of reclaiming her self-esteem. “Lightly”, was an exercise in learning to like herself again - “I’d been totally absorbed by other people, and I never consulted my own emotions,” recalls Walker.

A piano ballad with a rousing string section to tie your heart in knots, it’s an ode to her own resilience. “It was a pivotal moment in my opinion of myself and helped me navigate leaving this bad relationship. I knew I needed a new outlook on life, writing this song helped me believe it.”

Speaking more on the lyrical themes at play on new single "Lightly", she said: "This song symbolises hope. Writing it gave me permission me to imagine how much better my life could be, beyond the fear and worry I had been living in for a number of years. I realised that I was light, and always had been, and I began to separate myself from the sadness and heaviness someone had inflicted upon me. For the first time I sat down and recognised all of the the qualities I loved about myself, and it was these qualities that ended up seeing me through the darkest and most difficult of times. To me, ‘Lightly’ is the feeling of watching the sunrise after the longest night, feeling the warmth on your face - that warmth and light is almost transcendental. I was encouraging myself to listen to my gut and take the terrifying steps towards a better life for myself."

Sonically falling somewhere in a Bermuda Triangle of Angel Olsen, St Vincent and PJ Harvey, WILDES' music sits within an entrancing skeleton of folk songwriting, all the while lifting the listener up on a storm cloud of cinematic electronics and her sharp, honest lyricism. WILDES notes the influence of PJ Harvey, Patti Smith and SASAMI on her new material - "Unapologetically honest women and musicians. They gave me permission to come out of the box I'd been cowering in." 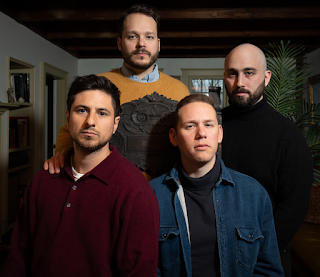 "Ceviche from Kew Gardens" is the last single from Personal Space's new EP, Still Life. It follows "Long Live the New Flesh." According to the band's Sam Rosenthal; "Let me preface this by saying I’m a married man, but I remember there being a slew of pandemic articles and op-eds about dating during Covid times, about all the anxiety and apprehension, etc, so it felt like a good and timely subject for a song.

There’s no explicit references to a pandemic or anything, just this lonely person who’s bored and kinda down on the world, texting and DM-ing with a prospective lover, dreaming about getting to see them in person. It shows the ordinary aspects of any courtship, like the constant questioning insecurity (Are they seeing other people? Do they feel the same way I feel?), but there’s also that added feeling of being stuck indoors and in the digital realm that speaks more directly to these past couple of years."

Brooklyn/DC-based Personal Space are a conundrum: indie without a scene, prog disdaining complexity, a dad band without dads. Their 2021 LP, A Lifetime of Lesuire, found the band fretting over downward mobility, preoccupied with ethically sourcing their groceries, and hoping, against hope, that humanity can still find its way to a very chill, socialist utopia.

Still Life is the natural progression as Personal Space grapples with lost connections in a pandemic, tech-bro hustlers and finding the joy in our whirring 2022 realities.