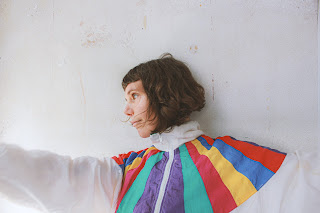 This week, the wildly creative free-form songwriter, Rachael Dadd is sharing her new single, "Heads Down". The track is taken from her forthcoming studio album, Kaleidoscope, out October 14 via Memphis Industries – “a terrific album of upbeat but off-beam English folk-pop” (Uncut).

Premiering on Lauren Laverne’s show on BBC 6 Music, "Heads Down" came out of a playful music session with Rachael's youngest son, as she explains: "Having just bought my new Gretsch guitar and Wem amp, and cranking it up in my front room with Oto on the harmonica, the chords and rhythm felt fun and energizing. The words followed, inspired by someone on the radio recounting being chased by a gang with baseball bats after naively offending the gang leader. Cockiness and misjudgment are qualities of brazen teenagers and arrogant politicians alike. But rather than just waggle my finger at the others, I looked inward to find that I too have a part driven by impulsive feelings and misguided strong will. After crashing we might hopefully be able to learn and grow by practicing self-discipline and self-compassion alike."

Kaleidoscope is Rachael’s second album for Memphis Industries and follows 2019’s Flux which was released to much acclaim and which Rachael was touring when the pandemic struck. “This album is a lot more honest and personal than Flux" she shares, “but I feel the songs are universal as they are largely rooted in truth and love. If I had to pick a favourite album it would be this one because of the magical rekindling of human connection when me and my band got back in a room together again. All that magic went into these songs." 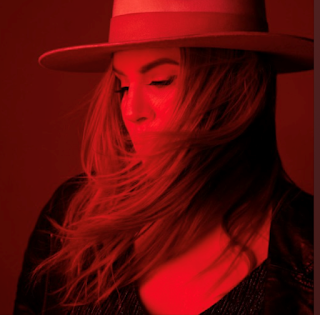 Crafting a unique sound, KiKi Holli’s music is beautifully vulnerable and nurturing, with themes of connection, healing, personal growth, and living in the moment. If her delivery seems genuine, empathetic even that’s because it is. She’s been there. “You know, Amor fati — love your fate, love whatever is in front of you and embrace the moment,” she says.

Holli’s debut single was a breathtaking cover of Roxy Music’s “More Than This”, a raw and intimate version of the celebrated 80’s hit. Collaborating with acclaimed producer Ethan Allen (Throwing Muses, Tricky, Black Rebel Motorcycle Club), she was inspired to release her own version of the song in the midst of dealing with intense grief and loss.

Her first original song, “NEW HIGH” is a celebration of simple pleasures, finding solace in your happy place and a returning to love after a time of hardship. With soaring vocals singing sunshine-dipped melodies over lush and blissful pop rock soundscapes, “NEW HIGH” is a welcome sonic escape, collaborating again with Allen to create a landscape of music that pulls the listener into the neon glow of a surreal joy ride down the coast of Malibu.  The track received praise from the likes of Earmilk, Atwood Magazine and Buzzbands who proclaimed it "a day-brightener in which her crystalline vocals ooze optimism with every note".

In her new single “Play To Lose”, KiKi examines leaving a toxic relationship and finding your voice and confidence in the end. With layered vocals full of confidence and depth, and acoustic guitars dripping with nostalgia, “Play To Lose” is a radiating groove-infused roots pop single. “Play To Lose” reminds the listener to know your own worth and find your power even in the most hopeless of situations.

Lukka, the brainchild of German-born, New York City-based artist Franzi Szymkowiak, released her latest single “People of Light” yesterday, from her sophomore album, Something Human out this Friday, August 26. The single release is accompanied by a stop-motion lyric video.

Discussing the lyrics, Lukka shared, "the meaning of the title generally refers to all that we are and who we see is a reflection of the light. The song itself indicates that certain situations and circumstances we experience through the times causes us to change and reincarnate to different people. One can never know what kind of person they will be in 10 years from now as no one can really foresee the future."

Something Human speaks to both the head and the heart. The album’s essence is perfectly captured in its first two singles “Wisdom of the Sun” - a yin-yang ode to finding positivity in even the darkest of situations, and “Life In Reverse” where Lukka finds herself closing one chapter, to start the next. At once an escapist psychedelic synth-rock odyssey and a timely shot of science-based spirituality like the philosophical belief of reincarnation described in “People of Light,” the 10-song LP wraps messages of oneness and self-determination inside multi-layered melodicism, cultured retro-electronica, and tastefully effected guitars. “Transmitting the message of love and oneness through music is very important to me,” stated Szymkowiak.