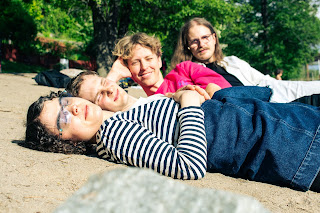 On a first, careless, listen, Stockholm four-piece Melby might seem like a charming, fun little jangle-pop band. Pay a little more attention however, and you’ll find their waters run a lot deeper than that. The band (Matilda Wiezell, Are Engen Steinsholm, David Jehrlander and Teo Jernkvist) have all the flash and sparkle of your favourite indie band, but add an ability to touch moods and feelings with a meaning beyond most of their peers. Their guitars, drums and synths rattle, roll and flicker around each other, all held together by the soul-shiver in Wiezell’s vocals, to make immaculate little guitar-pop gems, equally dusted with sadness and sugar.

Melby’s debut album None Of This Makes Me Worry was released in 2019, and took them on tour in Scandinavia, Germany and the UK, as well as earning them slots at prestigious showcase festivals like Norway’s by:Larm and Hamburg’s Reeperbahn. Now after a couple of years of beavering away, they’re back with the follow-up Looks like a map which will be released on October 21st with the new single 'Music Should Feel' available now.

Moving on can be painful, but as with a lot of feelings, Melby have a knack for making it sound pretty. That’s the case with their new single ‘Music Should Feel’, a warm, charming little pop cocktail of music and memory, that doesn’t need to shout or scream to work its way into your heart.

Listening to ‘Music Should Feel’ feels like spending time with an old friend. The song has an elegant swing to it, as it waltzes its way along, made even more cosy by little butterfly wing flutters of saxophone. There’s a little ambiguity in Matilda Wiezell’s vocals, a little sadness, a little comfort, and those gently-bubbling emotions fit in well with the song’s breezy tempo. It’s a song that’s easy to love, one steeped in its own memories, and a good companion to you getting lost in your own.

Wiezell says: “’Music Should Feel’ is a song about love, missing someone, and processing those feelings. Acceptance, a tribute to past experiences, and the hope for new good ones. The song came together over quite a long period, was forgotten for a while, and then was brought back to life, and got its chorus, after a lot of rehearsal and attempts at making a demo”. 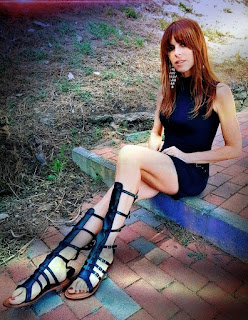 A few days in advance of the release of "Modernism", the new full-length from Elena Alice Fossi's dark electro project SPECTRA*Paris, the enigmatic Italian singer is now revealing a final video single: 'Moondrops' is a richly textured electro pop vignete somewhere in the excitingly wild space between The Human League, Visage, Amanda Lear, and Kraftwerk.

"Modernism" is transfiguring electronic music through the prism of Elena’s voice and several collaborations with other musicians into a beautiful kaleidoscope of stylistic colours ranging from EBM, future pop, dark electronic, art pop, and various influences more. 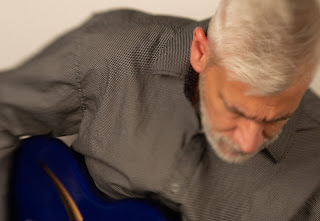 Nick Kizirnis - Way To Me (Reimagined).

For almost 20 years, guitarist/songwriter Nick Kizirnis has explored songs and styles ranging from Americana to pop, and from rock’n’roll to /experimental. He has worked with Tobin Sprout (Guided by Voices) and The Breeders (last years’ "The Dirt Eaters” single for 4AD). Since releasing his 10th album, The Distance, Kizirnis has seen his music shared across U.S. and Europe, and has now begun releasing a series of singles reimagining his diverse song-writing style.

Kizirnis and co-producer Patrick Himes decided to “re-imagine” “Way to Me” - a song that originally appeared on Kizirnis’ most recent album The Distance - after Kizirnis worked out solo arrangements of those lush break-up songs using loops and ambient guitars. The temptation to see what they could create with a fresh perspective was too great to resist.

On “Way to Me” singer Kate Wakefield’s (Lung) lush, dreamy vocals evoke a fever dream while Mark Patterson (Son Volt) manipulated drums veer from roots rock to electronica and almost back again. Kizirnis’ guitars melt down into a pile of circuits and wires, emerging almost unrecognizable.

Despite the change in sound the song’s story about a message of love across the distance remains intact. As Wakefield sings “You’ll find your way back to me” the song holds on to hope, trust, love and friendship that can endure any separation. “I’m really excited to share this new version of 'Way to Me.'" It’s a song I’m very proud of and it was a great experience to take it to a new place and see what was possible.” Kizirnis says. 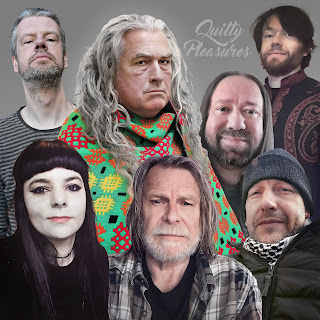 The second single - '4 posters' from Cardiff collective Quilty Pleasures taken from the forthcoming album 'Quilty Pleasures' is a tale of two brothers still living in the same room as adults and having the same posters adorning their walls and the occasional tiffs that occur.

The track has a building anthemic feel with a psychedelic edge.

Quilty pleasures is a collaboration based on the concept of bedding and sleep between producer - Frank Naughton and Wayne mcauliffe, Gid Goundrey, Jessica Ball, Paul Battenbough and Andy Fung.

'Quilty Pleasures' the album will be released on Friday 2nd September. 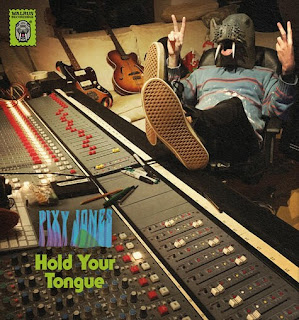 Previous singles 'I'm Not There' and 'Maureen Dreams No More' have gathered support from Gideon Coe, BBC 6 Music, Adam Walton on BBC Radio Wales, and Pixy Jones was announced as Huw Stephens BBC Radio Wales Artists Of The Week in July. Support for the new releases have come from Music Blogs like Shindig Magazine, Circuit Sweet and Psychedelic Baby Magazine.

El Goodo guitarist and songwriter 'Pixy Jones' has announced that his debut album entitled 'Bits n Bobs' is due for release on 16th of September via Strangetown Records.

Branching away from the familiar El Goodo platform, Welsh psych scene stalwart Pixy Jones has himself compiled a truly remarkable collection of tracks that fluctuate from 60's harmony-rich psych pop, to Alt-Country with ringing tremelo guitar.