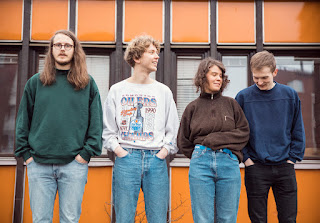 On a first, careless, listen, Stockholm four-piece Melby might seem like a charming, fun little jangle-pop band. Pay a little more attention however, and you’ll find their waters run a lot deeper than that. The band (Matilda Wiezell, Are Engen Steinsholm, David Jehrlander and Teo Jernkvist) have all the flash and sparkle of your favourite indie band, but add an ability to touch moods and feelings with a meaning beyond most of their peers. Their guitars, drums and synths rattle, roll and flicker around each other, all held together by the soul-shiver in Wiezell’s vocals, to make immaculate little guitar-pop gems, equally dusted with sadness and sugar.

Melby’s debut album None Of This Makes Me Worry was released in 2019, and took them on tour in Scandinavia, Germany and the UK, as well as earning them slots at prestigious showcase festivals like Norway’s by:Larm and Hamburg’s Reeperbahn. Now after a couple of years of beavering away, they’re back with the follow-up Looks like a map which will be released on October 21st with the last single 'Hammers' available now alongside an animated music video by Isabelle Friberg.

From the temperamental opening bars of “Hammers”, all moody and dark, you might imagine that Swedish four-piece Melby have lowered you into the centre of a storm. Instead, “Hammers” is a piece of swirling indie-pop that paints in light and dark, complex emotions and ambiguity recast as a glittering four-minute earworm.

Clicking play on “Hammers'' can feel like cracking open a ship inside a bottle, a pop song that contains a dramatic, detailed and fully-formed world inside its borders. After the splash of thunder that opens the track, and recurs here and there within, “Hammers'' transforms into light-footed, sparkling and merry indie rock. Matilda Wiezell’s vocals paint a picture of a village idyll, but with a little disquiet humming beneath the surface. That unease however, doesn’t stop “Hammers” beautifully soaring into its chorus, a real feeling of release and freedom, blended with a little chaos fraying its edges.

Guitarist Are Engen Steinsholm says: “’Hammers’ is an associative, free-flowing journey into the memory of my home-town: A small place in northern Norway, with spectacular sceneries and a community that's warm if you belong, and harsh if you don't”. 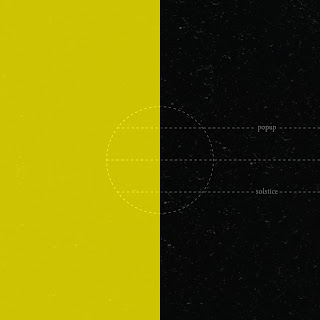 Popup have returned with the new single Solstice. The Glasgow guitar-pop group got their start back in 2004 and quickly became one of the UK's most talked about young bands. The next few years saw them touring extensively, grabbing high profile support slots and garnering media praise for their candid lyricism and infectious buzz.

They were heralded "the most exciting band in Glasgow" (Is This Music?) and toured across the USA, including playing SXSW, before even releasing their debut album. Popup released A Time And A Place in 2008, but the band split in 2010. They quietly reunited in 2020 and self-released album Whimpers.

Last Night From Glasgow are thrilled to bring you new single Solstice; a track that honours the sound of their breakout success but also illustrates how time has given the band space to mature and mellow since their start as teenagers. Solstice includes b-side track Hitting Nine that premiered on The Roddy Hart Show. Upcoming album Promise will be released in March 2023 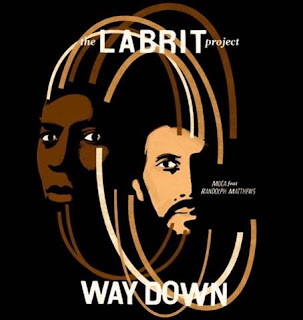 The Labrit Project - Way Down.

Both tracks complete each other. The original sounds like classical tribal world music with the uniqueness of Brazilian berimbau, yet with Randolph Matthews bringing his infectious vocals and performance style to create something fresh. The original track has Serra Petale on drums (Los Bitchos) Rafael Kalil on Cello, and Bahia on pandeiro. The remix is a unique mix of vocal performance and beat-making with guitars, drum programming and electronic conjuring into something intoxicating.

Both artists have known each other since Muca moved from Brazil to the UK. Muca produced some of Randolph's songs in the past, but now as he's releasing his project, he wanted Randolph to be one of the first artists he worked with. After the recording and the mixing of the original track, Randolph came up with the idea of getting some of the stems and playing around with them. He then sent it back to Muca with unique new ideas. They then decided to create a remixed version, combining Randolph's ability to create amazing vocals and percussive loops with Muca's guitars and programming.

On the process, Muca explains: "As a producer, you must always keep updated on new forms of making music. When I started to learn finger drumming and the MPC, I found I felt it would be a great place to start adding this new knowledge to my music.”

The video for the remix, filmed and directed by Giovanni Mattei and performed by dancer Thiely Volga, is set around a powerful and moving performance in São Paulo's downtown Roosevelt Square in a semi dusk vibe. On the video Mattei said, “The mix of jazz and pop with an intense beat of Muca's and Randolph's sound gave us a chance to create a film that extracts colours from a grey metropolis like São Paulo. But the result was incredible, and the dance conveyed the intensity of the track.” 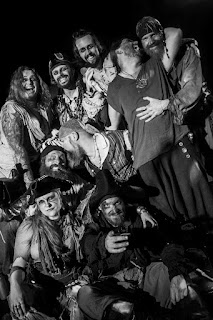 When wild folk-meets-pirate collective Pat Razket release their third studio album - "Hymns from the Abyss" - on October 25, we find a band that has both refined its craft and developed new dimensions.

"Hymns from the Abyss" is an album where death, booze, sorrow and happiness are alternating. Where Irish melodies meet Nordic sadness and melancholy meets frenzy. Where dancing always belongs and where fragile hope is the most beautiful thing there is.

Does that sound like a lot in one package? When nine musicians from very different backgrounds are all allowed to influence the ensemble, a creative melting pot is created where Irish folk music, Metal, Scandinavian melancholy and Americana ultimately become something of its own. "Hymn of the Abyss" is thus a broad album where the stories and the energy keeps it all together.

"Hymns from the Abyss" grew out of the isolation of the pandemic. When Pat Razket's intense touring came to a halt, the members decided to put all their energy into a new album. The process was different from previous album recordings. The songs were written over a long period of time, allowed to develop bit by bit. The arrangements and musical ideas were determined during a pre-production phase, something completely new for the band. Under the supervision of producer Andreas Morén in Studio Fluff, Västerås, Sweden. 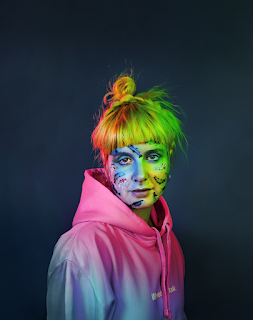 Klô Pelgag has unveiled a new video for her track "À L'ombre des cyprès", ahead of her debut UK headline show this October. Singer-songwriter Klô Pelgag has gotten us accustomed to strikingly colourful and innovative music videos. The one for her song “À l’ombre des cyprès” is no exception. It was directed by her frequent collaborator Soleil Denault, who earned a Félix at last year’s Gala de l’ADISQ for her video for the song “Mélanine.”

“The À l’ombre des cyprès video shows Klô Pelgag being pursued by her monstrous alter ego” reveals Soleil. This contemporary fable represents the need to take back your power in the face of adversity. We all have a monstrous alter ego and, when it awakes, we feel breathlessly chased by its negative thoughts. In this video, we illustrate Klô’s quest for emancipation and rebirth; we witness her ultimate empowerment”.

Last week Klô Pelgag received four nominations ahead of the next Gala de l’ADISQ, after earning 13 of them last year, matching the record established by Céline Dion. The categories in which she is nominated are: Female Singer of the Year, Concert of the Year, Direction and Scenography of the Year, and Artist of the Year – International Reach. The winners will be revealed on November 2 and 6.

Klô Pelgag recently returned from the Sukiyaki Meets the World Festival, where she was reunited with her Japanese fans after several years of absence. She is now set to wrap up her “Notre-Dame-Des-Sept-Douleurs” tour this fall with a few shows in France that had been postponed during the pandemic, as well as her first ever concert in London, England, on October 11 at the Lexington.

Melissa is THE ramblin' soul - of the song she says: "I wrote 'Ramblin' Soul' driving down the road on a familiar trip from Arkansas back down to Texas. I had just spent time with some musician friends and was feeling re-energized. On this trip, I realized just how much that free, ramblin’ life I’ve lived over the years has stimulated my creative process.  Arkansas, Texas, and Tennessee have been states I just keep making the rounds to, as well as New Mexico and Minnesota, so these places made their way into the song.  I say 'you can't keep me in a hole, 'cause Lord I'm a ramblin' soul.'

By that I mean, if something isn't working for me and making me happy or it seems I've gotten in a rut somewhere, then I move on to whatever the next thing is that feels right, or I get out of town for a bit to find some new inspiration and fresh perspective.  That is really the gist of it, trying to go with the flow of life wherever it seems the Universe is guiding me."

Ramblin' Soul is the follow-up to her 2021 LP Daddy's Country Gold, which was praised by Rolling Stone, NPR, No Depression, Slate, Saving Country Music, and many, many more.