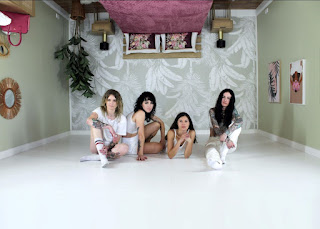 Explosive and energetic femme nu punk / grunge-rockers DOWNGIRL have doused stages around their hometown in Gadigal land in their highly flammable sonic kerosene and are kicking things up a notch with the release of their track, 'Manic', out now.

Born out of the ashes of punk outfit BoysClub, DOWNGIRL formed online during the 2021 lockdown and are gaining plenty of momentum. Within the space of a year, they've supported FANGZ and Battlesnake, cutting their teeth on lineups for Doomed Friday, Bonez Queer Party, Winter Magic Revival Festival headlined by Hermitude, Haiku Hands and Urthboy, and are set to tear it up at Chopped Festival with Amyl And The Sniffers later this year. The four-piece also just played with one half of The Veronicas for Jessie333’s new music video for 'Seeing Stars'.

Bursting onto the scene with the dynamite 'Beauty Queen', this epic second track, 'Manic', off the group's upcoming EP is 4 and a half minutes of powerful punk goodness.

The gradual build of gritty riffs and fury-driven drums match the energy of the lyrical confessions that escalate with a fight or flight intensity. By the time it gets there, it fervently begs for relief with a euphoric, wall-to-wall noise-filled chorus and its refrain, ‘Manic’. The song hits like shots of cinnamon whisky - hard, fast and to dizzying effect, with a sweet but spicy aftertaste. Each member gives it their all, and collectively let go like an unrelenting force of nature. 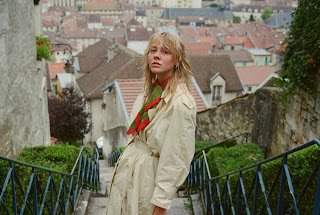 Mazey Haze - The Weight of the Weekend.

Indie-rock rising talent Mazey Haze today returns with new single "The Weight of the Weekend" - the first new music to be heard since her breakthrough debut EP 'Always Dancing'. Also she announces a date supporting Feng Suave at Lafayette in London on 2nd November.

”Gotta find my way back / Gotta find my way back,” sang Nadine Appeldoorn aka Mazey Haze on the closing track of her ‘Always Dancing’ EP, released in 2021. Now, she has at last arrived. The Amsterdam based artist’s forthcoming second EP is reflective of this desire for simplicity: a collage of self-reflection, where thought, feeling and a powerful sense of place merge to make singular worlds that are entirely her own.

Toning down the more ethereal, synthetic textures present on her debut, Mazey Haze's new material finds her rooting herself to the earth, together with a little less perfectionism. Organic, acoustic sounds, her love of French New Wave cinema, Italian film scores and 60s psych-rock informs the vein of nostalgia that runs through it, finding its way back to a distant world.

Wreathed in light, cinematic with its gong-like percussion, new single "The Weight of the Weekend" traces the difficult terrain of her childhood. “It’s sensitive for me, so it was a scary song to release,” she shares. The track is released today alongside a new video shot in the streets of Bar-le-Duc in France, directed by Tara Wilts.

Speaking more on the lyrical inspiration of "The Weight of the Weekend", Mazey Haze said: "This song is about me trying to figure out for myself how to connect with people and wanting to get rid of the part of me that holds me back from being free. Thinking about my childhood, myself and people in general. I find it hard to connect with myself and others, want to know why and how to get better. In this song you could say I’m talking to myself, to certain people around me and to the particular voice in my head that refuses to give me real peace and pride in anything I do."

Angela Strehli returns with Ace of Blues on November 18th via Antone’s/New West Records. The 12-song set is her first album in over 17 years and was co-produced by Strehli & her husband Bob Brown. For over five decades, the 76-year-old’s voice has coursed through the genre akin to blood through a heart. Her influence can be felt in the legacy of Antone’s — the iconic Austin blues club she helped found with the late Clifford Antone and where she performed & became friends with the likes of Muddy Waters, Albert King, Otis Rush, Jimmy Reed, and countless others.

Ace of Blues pays tribute to the artists who inspired her throughout her career and features renditions of songs made famous by Elmore James, Chuck Berry, Muddy Waters, Howlin’ Wolf, Otis Clay and more. It concludes with “SRV,” a beautiful and personal tribute to the late Stevie Ray Vaughan. As the only original on Ace of Blues, the song celebrates their friendship, creative connection, and musical bond with one of the most heartfelt, hypnotic, and hard-hitting performances on the record.

Buddy Guy calls Ace of Blues, “Tough, soulful, and sexy. My kind of blues” while Bonnie Raitt says, “Always a fan, I’m so glad Angela’s back with a new album, putting her soulful take on this collection that pays tribute to her old blues friends.” Charlie Musselwhite says, “Angela has just kept getting better. She truly loves and ‘gets’ real deal blues and what it means. It’s great to see her share her blues with us all” while Maria Muldaur offers, “Her lifelong devotion to the blues is fully realized here! This is an absolute, must-have album for any blues lover.” 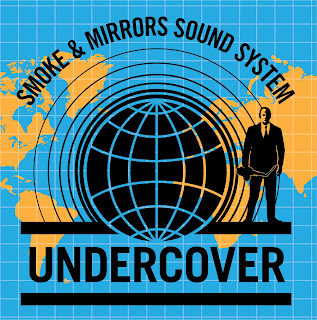 Smoke and Mirrors Sound System is a project involving dozens of artists from many countries, having been locked down, we picked up our laptops, phones, tablets, mics, mixers and created the magic, playing together in a dream of musical unity that frees us to imagine the concerts that may yet be. Travel with us! less

Undercover is much more than a passion project. It’s a lifelong obsession with music, from Rhythm & Blues, Soul Reggae, Ska, Rocksteady, and 2Tone, to New Wave. A picture may tell a thousand words, but a song can transport you through time and space, or bring up long forgotten memories.

For some, listening to this album will be a soundtrack to their own formative years. For others, it will be a discovery of decades of music to dig deeper into. I encourage everyone to go back and listen to the original recordings with news ears and then, listen to Undercover to hear the spirit of those recordings along with the subtle nuances and flourishes by all the great musicians and their combined experience. This is more than a tribute. It’s a love letter in songs, a great mixtape given to those you love.
Smoke and Mirrors Soundsystem · Mad World (Tears For Fears cover)