On new single Pluo, Thallo showcases her unique sound, one that is enveloping, otherworldly, and multi-instrumented, spanning bedroom and dream-pop with subtle, textured jazz infusions and contemporary classic touches, both ethereal and utterly enthralling.

Pluo translates as ‘feathering’ in English, meaning ‘lightly snowing’ which relates to the song’s poignant opening line “I gather dust which is feathering stillness.” Inspired by the effects of a sudden condition that Thallo suffered in 2020 which caused chronic knee pain and debilitating mobility issues, Pluo touches on the peculiar pain of watching the world return to normal following lockdown, whilst Thallo was trapped in what she describes as “My own personal lockdown.” As she expands “I felt so stuck, unable to return to my normal life. But most of all, the song is a cry of fear for the loneliness and hopelessness of being left behind whilst everyone else moves forward.”

Flying Nun Records and Pōneke’s Womb are thrilled to announce the trio’s upcoming album, Dreaming of the Future Again — out digitally and on 180g black vinyl on November 11th, 2022.

Womb is made up of siblings Cello Forrester (vocals, guitar, strings), Haz Forrester (synth, guitar), and Georgette Brown (drums). Their music is a composite of the three and builds on the shoegaze and dream pop sounds they are inspired by.

Dreaming of the Future Again is Womb’s sophomore album, recorded between 2020 and 2022, between living rooms and bedrooms, and at their dear friend and collaborator Bevan Smith’s backyard studio, Circle Blue Studios. “Dreaming of the future again” is a phrase that sprang to mind for Cello as they woke up one morning, and these are the words that tether each song on the album together.

The album builds musically from where their previous album, Like Splitting the Head from the Body, left off. The arrangements have moments that are layered, warm, and ethereal, where Georgette's driving drums are met with percussive samples, Haz’s synths bend and rise, and Cello’s textured strings stretch across the tracks. There are also sparse moments that draw you to Cello’s direct vocal delivery, for example on the opening track, Sylvan’s Song, and later in The Dove.

Lyrically, the songs trace moments across the two years recording the album, drawing on a repeated lexicon for Cello: of light and refraction; butterflies; birds; and dreaming. Each song is both personal and allegorical, and looks at connection and the things we are tethered to.

The album art is a drawing of a star-flower by band member and artist Georgette — titled, “I want you to see above your head a beautiful, beautiful star”. The drawing is on the wall of Cello and Georgette’s kitchen. The title of this artwork comes from a book that Georgette’s dad, Justin, used to read to her, guiding a visualisation of a star that is your very own, one which you can carry with you everywhere you go. 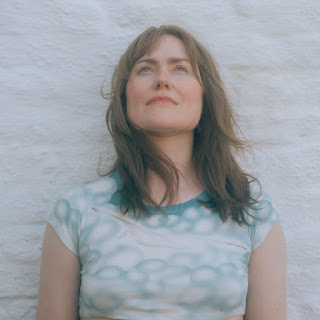 Signe Marie Rustad - Hello It's Me.

"Hello It’s Me" sings Signe Marie Rustad in her crystal clear, inimitable voice. And with that, she’s back, three years after the release of her successful third album, When Words Flew Freely. The above lyric is taken from a song bearing the same name, the first single off Rustad’s fourth album, Particles of Faith.

Of her new single, Rustad says: "'Hello It’s Me' is about peeling off the layers and finding strength within yourself to take control over your own narrative. The lyrics reflect upon reaching an empowering point of trusting your own judgement while navigating through complicated times: “I decide how I will feel about it all, I’m gonna keep it real.I prefer forgiveness, and finding a way that works, to maintaining stable fronts. I don't do well with feeling angry over a long period of time, it just shuts down all other emotions. So the last line of the song, “I’ll be the judge of the culprit of the crime, let go I’m leaving it behind,” is kind of a mantra: Set yourself free by letting go of anger and disappointment and get on with your life.”

Known for her poetic lyrics and clever songwriting, and backed by a tight knit band that’s been with her for years, Rustad’s new album offers a natural transition from the already classic When Words Flew Freely (WWFF). However, Particles of Faith also brings something completely new and fresh.

WWFF presented a broader, organic and piano-driven Laurel Canyon-sound, and less of the Americana sound present on Rustad’s first two releases. Particles of Faith is harder to place in any genre, other than in the broader singer-songwriter tradition, helmed by pioneers such as Joni Mitchell and Carole King. But Rustad also points to a host of other inspirations.
Jansen Records · Signe Marie Rustad - Hello It's Me (DWYBO Records) 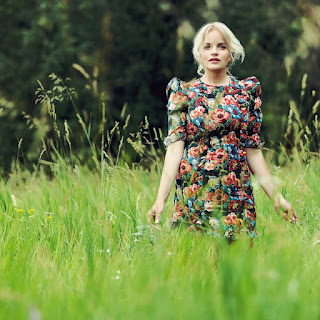 Lesley Pike's upcoming album, Wild, focuses on the resilience that comes after pain. Ahead of its October 28th release, she shares "Paper Thin," written with folk duo The Dunwells, a fragile yet hopeful reflection on a couple's fight that Pike overheard while staying at a hotel one night in Leeds, England.

"Oh god, have I ever sounded like this?" Pike asked herself as she tried to catch some sleep. The next morning, she and The Dunwells set out to write a song which feels tender but also quite optimistic and hopeful. Delicate lap steel guitar and Pike's vocal at the forefront tell a story of comparison and the shifting perceptions of conflict that come from overhearing such a personal row between strangers.

The evolution of singer-songwriter Lesley Pike’s musical journey takes centre stage with the release of Wild. The recording artist’s fourth disc is an accumulation of confidence and drive as well as an all-important focus: producing and creating music on her terms. The result of her ambitions? Twelve stunning recordings which represent new heights in Pike’s song craft—ranging from the personal into the universal. Take, for instance, the recently released, “Bar Américain” (September 9th).

The song chronicles Pike’s powerful storytelling abilities by way of her lyrics, which share memories of a real-life romantic encounter she had in a bar in London, England. Lines such as “We run with wild abandon / with whiskey on our breath and in our veins / we talk like we have got forever / but we kiss like we’ve got no time to waste” provide a stool-side point of view into Pike’s elations and emotional epiphanies.

“I felt confident to produce myself because I could take more risks and open up in ways I never thought possible. In the past, I always thought people knew better than me, so I would give way…. This time, I’ve realized I don’t have to outsource—I can tap into who I am for the answers.”

This same type of intimacy can be heard in songs such as “Home” and “Tall Tales,” which convey conversational anecdotes via lyrics and vocal delivery reminiscent of folk-country-pop greats, ranging from Dolly Parton and Father John Misty, as well as Jenny Lewis and Aimee Mann. Both “Home” and “Tall Tales” dig into Pike’s internal dialogue, making listeners feel as though they are being held close in Pike’s confidence, much in the same way an old friend would be.